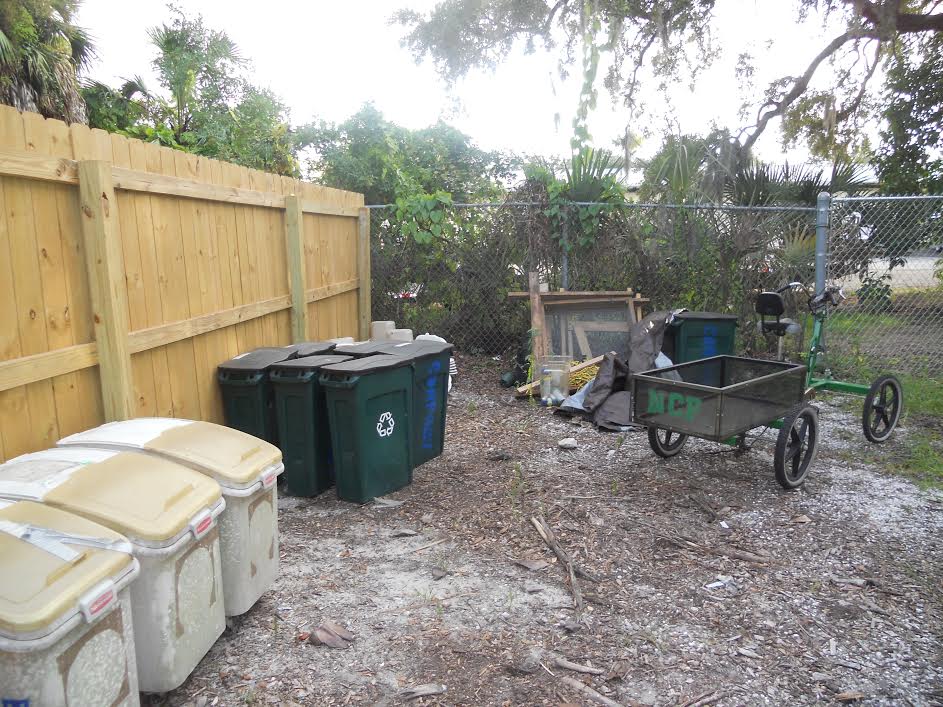 About $20,000 were allocated at the Green Fee Allocation meeting on Thursday, Sept. 22nd, a fraction of the estimated $100,000 in total Green Fee funds. The Council of Green Affairs (CGA) convened last Thursday to allocate funds to students from the Green Fee.  Five students submitted allocation requests and all five requests were granted full funding by the voting members of the CGA, which were all in attendance. The five proposals were a continuation of the Four Winds green discretionary funding, adding Turmeric to the Ginger garden, creating a CGA historian/documentarian position, continuation of funding for the food forest, allocation for alternative feminine hygiene products and residential gardening discretionary funds.

“The green fee comes from a fee every student pays,” Orion Morton, fourth-year vice president of the CGA, said. “[It’s] like the health or athletic fees.”

“Not only is it wasteful as far as the plastic and paper and stuff that gets thrown away afterwards,” Nolan said. “Tampons are known to have carcinogens and endocrine disrupters just like chemicals that aren’t good for you and that’s what we’re putting inside our bodies.”

The allocation proposal requested funds to purchase 100% cotton tampons and pads, as well as ‘period underwear’ a product that catches menstrual blood, and is washable and reusable. Another product Nolan mentioned was ’Ruby cups’, a cup-shaped piece of silicone that collects menstrual blood until removed and emptied.

“They’re made out of medical grade silicone and they’re really easy to sterilize,” Nolan said, “there are like, no worries with any of this about hygiene.”

Nolan emphasized the ease of using alternative products as opposed to the obvious waste produced when using pads or tampons.

“Even if you do realize that it can be hard because the natural and reusable products are more expensive,” Nolan said, explaining the reason for the allocation request. “You will end up spending far more on tampons and pads, but it’s still hard for students to like, conjure up that initial cost.”

“We want to distribute them outside of ham at some sort of event where we have a table and information on all of the products so everyone can really make the decision about which is best for them,” Nolan said after her proposal received full funding. “There’s this big range of options outside of the conventional tampon and pad and not everyone realizes that.”

Several members of the CGA asked questions of Nolan during the meeting concerning the possible continuation of the planned event into future semesters and years, in response, Nolan said there is a possibility that if people are interested the event will become a more frequent fixture of the CGA’s activities. When speaking to the CGA about passing her proposal, Nolan emphasized the cost of reusable products as keeping many people from using them.

“We want to overcome that barrier by supplying it for people,” Nolan said.

The food forest was one of the most discussed items on the list of proposals, with Jay McWilliams, a thesis student, requesting around five thousand dollars to continue planting and upkeep on the massive project.

“We kind of started with a vision of it being a place where students could go and eat fruit and just have access to fresh food,” McWilliams said. “It became this action against global warming.”

The food forest can be found on the cables campus.

“There’s this concept called carbon farming where you make certain agro-forestry systems and they have the dual function of providing food for you and sequestering atmospheric carbon,” McWilliams said.

Some members of the CGA expressed concerns that the 25 year plan shows a prospective structure being built on top of where the food forest currently is, but others were not as concerned.

“Since that’s not going to happen for twenty years, why don’t we just have our food forest now?” Nolan said, a sentiment mirrored by several other members of the CGA.

At this point, members of the CGA noted at the last CGA meeting, individuals with ideas about how to improve on campus environmental-friendliness can be provided with the resources if they have the time and effort required to see a project to the end.

“Anyone can apply! Regardless of year or AOC,” Morton said. “The forms and guidelines are on the students list on a post by me, and students can come to my office hours Tuesdays 2-4 [p.m.] in the NCSA office, or just email me or another CGA member to discuss whether a project can be funded.”

The money in the Green Fee is not necessarily in danger of being appropriated if unspent, however the CGA would like to fund more projects.

“[The money] rolls over each year and accumulates when we don’t spend it – which isn’t necessarily looked upon all that favorably by the state government,” Morton said.

The CGA expressed their desire to hold allocation meetings more frequently to dispense more funding to environmental projects on campus.

“I think in years past it has been somewhat underutilized, but starting last year and continuing this year it’s being put to good use,” Morton said of the funds, expressing approval for the ongoing Food Forest project and the creation of the Residential Gardening and Zero-Waste TA positions.