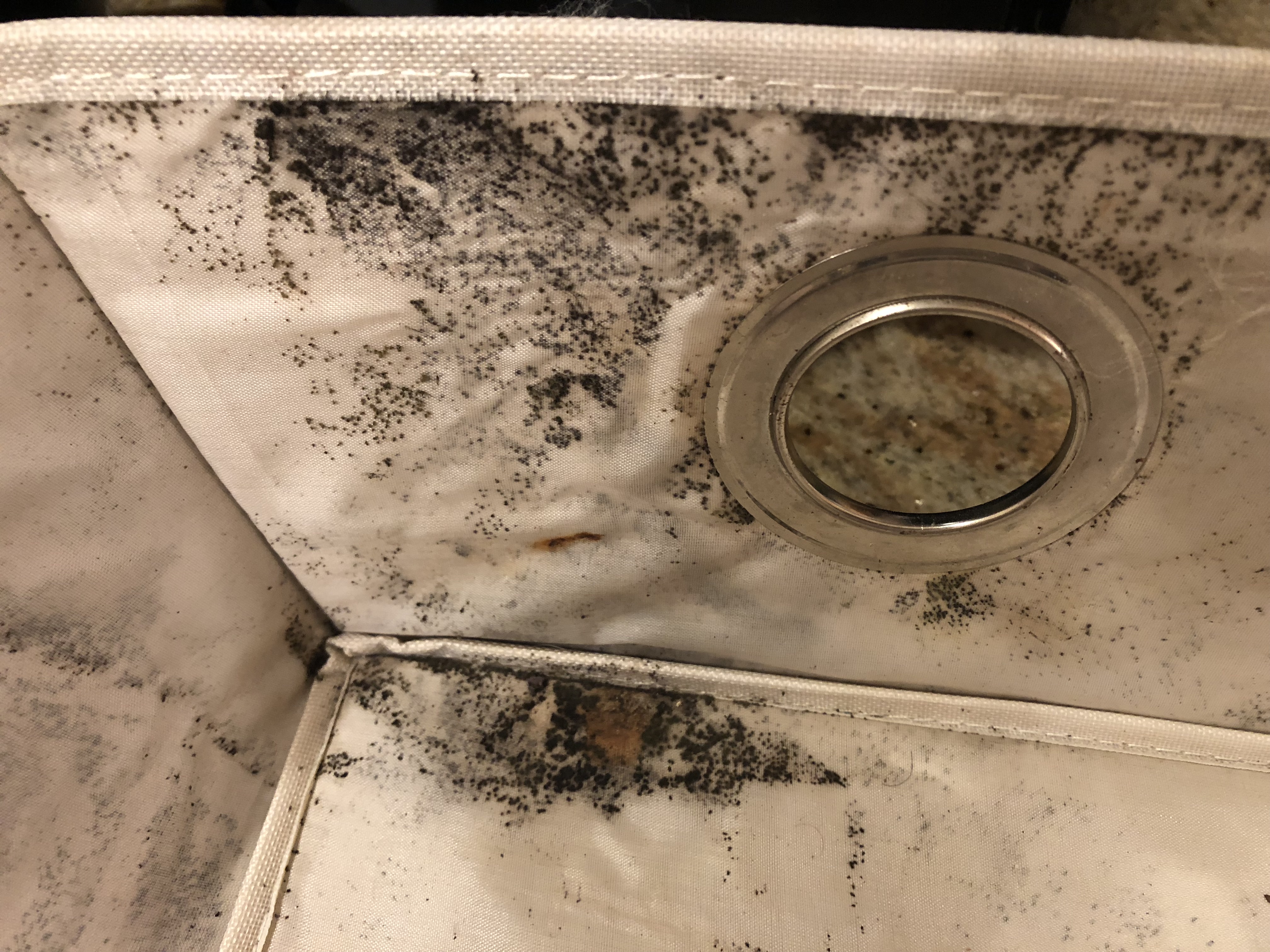 From walks to the bay to students opting for a ‘natural scent,’ earthy smells pervade campus. But if one earthy smell has a hint of rotten cheese or wet carpet, it might be from mold and mildew. With student life entrenched in the swamp of Florida, instances of mildew and mold across campus space are inevitable. Accordingly, the community must work against hurricanes, design and weather conditions to prevent mold and mildew, which can pose health risks and jeopardize the quality of student life.

Mold and mildew are fungi, which are microscopic organisms that prosper in moist environments. Mold and mildew help decay organic matter and contribute to aspects of soil enrichment and can be found growing on soil, foods, plants and other items. Though the presence of mold outside is normal, mold growing indoors can pose the risk of potential health problems.

Mold grows by producing microscopic cells called spores, which are airborne and can land on organic surfaces close to the source. When allowed to grow and settle, mold spores can become allergens, causing sneezing, rashes, dry skin and red eyes.  People with severe allergies may have more severe reactions and those with asthma might notice their symptoms worsen around mold, eventually leading to asthma attacks.

Administration has suggested controlling the temperature to mitigate mold growth. Dorms should not be set below 72 degrees to prevent humid air from outside interacting with cold air that causes moisture, which is conducive to mold and mildew growth. However, Director of Facilities and Construction Alan Burr talked about the difficulty of getting students on board with this form of mold mitigation.

“Right now there’s not a lot of thermostat controls that we can prevent the students from creating those types of situations because students aren’t educated or even understand,” Burr said. “Even if you do tell them, they may not even want to do it.”

Moreover, the administration is discussing the possibility of offering cleaning services, where students can file a request with Housing to clean the dorm bathroom. Bathrooms are a hotspot of mold growth, as mold begins to form on damp surfaces as quickly as within 24 to 48 hours and continues to grow until steps are taken to eliminate the source of moisture.

Many building materials, such as wood and sheetrock, provide food that can support mold growth. Dust accumulation, debris on the carpet, condensation and leaky pipe also serve as potential food sources. Along with aspects of design that contribute to mold growth, maintenance problems can also potentiate the occurrence of mold.

“[Dort and Goldstein] have a good cooling system, but like any cooling system, it can get clogged,” Burr explained. “The pipes can get clogged, which causes issues which can sometimes lead to humidity issues, which can lead to mold issues. So when you got some residual dirt in the building from people living there for twenty years, and it gets humid from time to time, based on weather or mechanical issues with the building [there can be instances of mold].”

Housing regularly prepares for occurrences of mold and mildew throughout campus, though testing is rarely done because of high expenses. A few air tests were conducted after Hurricane Irma, where a few rooms across campus, including in Palmer D, the Foundation and the Anthropology Lab, were renovated as a result of damage from wind-blown water.

“We only do [testing] when there’s a reason to do it,” Burr said. “It’s not something we do on a regular basis. We’re always looking for it, but just as a matter of doing our work because it can happen.”

The crux of mildew and mold problems comes down to moisture, which is controllable. Still, students are not told anything about mildew with certain habits such as not turning the exhaust fan on after a shower, or reporting a leaky pipe right away.

“I definitely think [the mildew situation] is double-edged,” Joey Daniels, third year and Vice President of Student Life, said. “Students can clean more—I’ve been in some nasty Pei rooms myself—but also I feel like, not that we should be given resources, but we should be given a brief of some sort about mold or something.”

Apart from students, administration and staff have a huge hand in determining the quality and maintenance of dorms.

“Students have a lot to worry about,” third year and President of New College Student Alliance Steven Keshishian said. “I told the Board of Trustees last meeting that students should worry about making friends, having a good time and studying, and the fact that our students are involved with many aspects that affect their livelihood here shows that we need to work on a lot. They’re also invested. I hate asking for more labor from people who are already drained.”

Going forward, the mold problem in campus facilities will continue to be a factor influencing student housing, health and overall quality of life at the school. Still, students are hopeful about administrative actions to tackle the smelly fungi-beast and helping students step into a conducive environment for learning.

“I think in a very weird way, us not growing and shrinking has made a lot of people realize that hey, there are fundamental problems that we have to fix before we can grow,” Keshishian said. “We’re seeing the school address that slowly, you know, because it’s a school, but they’re doing it and the only way we can really improve the situation is if we have new dorms. We need better dorms, and no one wants us to have worse dorms, but can we afford better dorms, and when can we afford better dorms?”

Info for this article was gathered from www.fema.gov and www.floridahealth.gov