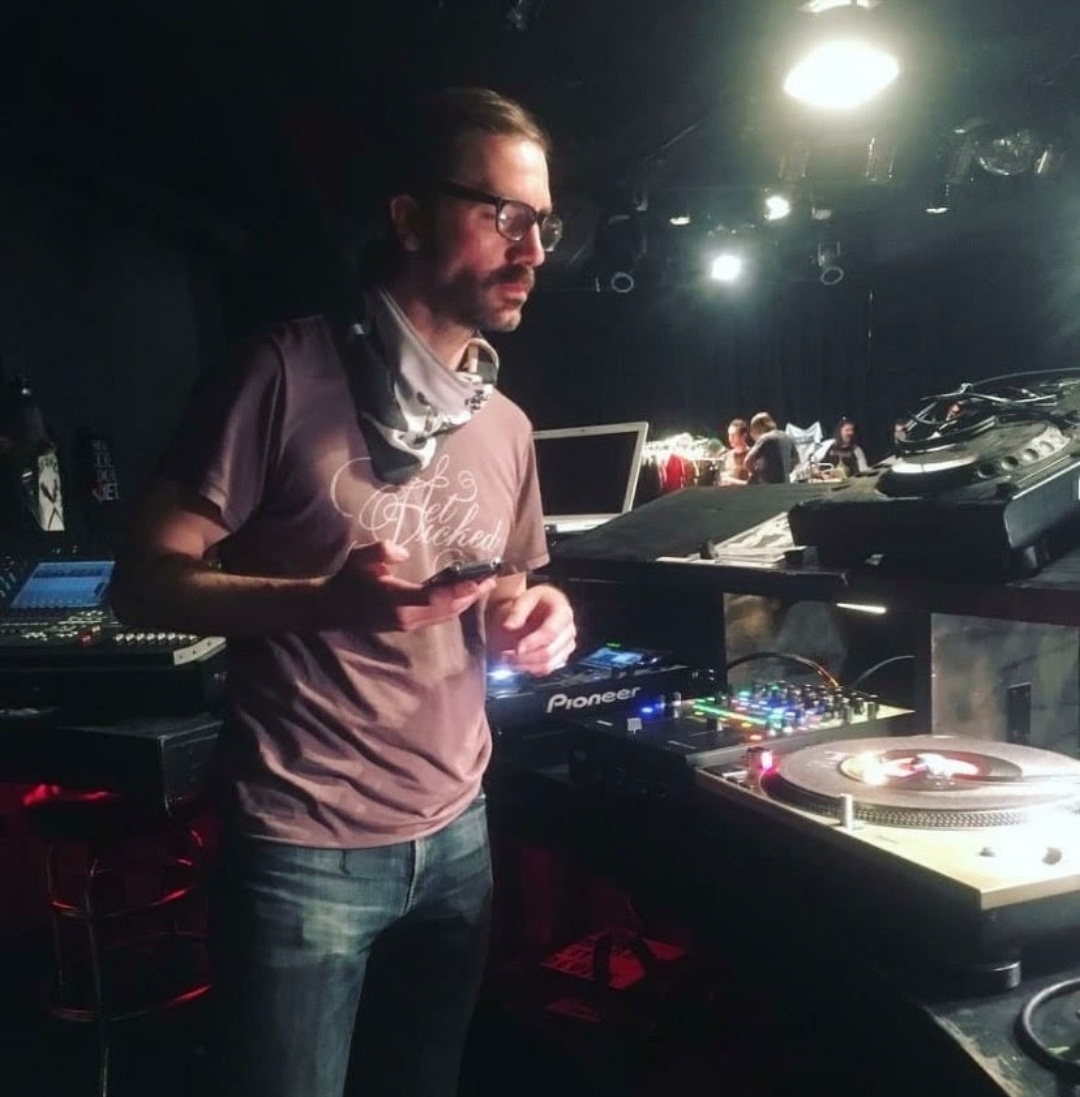 Milo B. Fresh hard at work.

The Mable is a bar and grill that also boasts a contemporary art gallery and live music. It’s found just five minutes south of New College, across the street from Ringling College of Art and Design. Since the beginning of Jan. 2022, every Wednesday night starting at 9:30 p.m., the bar hosts Milo B. Fresh, a local musician and DJ who looks to provide the Sarasota community with the now-rare, yet incomparable experience of listening to a vinyl-centric DJ set. Dubbed “Wax Wednesdays” by Fresh, sets aim not only to provide the vinyl listening experience, but to also introduce the audience members to new and perhaps more challenging music.

“I’m very much a believer that, as a DJ, you’re serving the function as a cultural gatekeeper for the audience,” Fresh said. “If you’re only playing stuff that’s in the popular domain, you’re not really doing anyone any favors. You’re not really adding to the culture. [In my work], I want to take what I know about music and share it with other people.”

Fresh’s views are not exclusive to just DJing, they also apply to the fulfilling experience that listening to music as a whole can bring to people.

“When you listen to the same music over and over, you’re solidifying these older connections in your brain to something that’s already familiar to you,” Fresh shared. “When you open yourself up to new music, you’re allowing your brain to make new connections, which can be fulfilling and exciting. With my sets, I hope to attract people who want to hear things they’ve already heard, but who are also open to hearing new stuff that they haven’t heard that might be a little challenging for them.”

Prior to living in Sarasota, Fresh lived in Northern California, where he spent some time working on broadcasting at a local radio station.

“I wanted to find a community of people who felt the same way about music as me, so I got involved in my community radio station for about five years,” Fresh stated. “At some point, people started approaching me, asking me if I could work their work party, or other events. I thought to myself, ‘I think I’ve had enough practice, I think I should start doing this.’”

Speaking on why he decided on The Mable as a venue to host his sets, Fresh stated:

“I spent a decent amount of time doing a lot of market research by visiting a lot of bars and clubs in Sarasota, Tampa and St. Pete. I like The Mable a lot because they have a good vibe, it’s excellently decorated, with a great beer selection and food.”

“But, the main factor is that they really wanted me. I was looking for a spot to host me once a month, but the manager at The Mable wanted me there once a week, so I jumped at the chance,” Fresh continued.

Fresh is a passionate and driven musician, and he strongly encouraged anyone and everyone to come out to Wax Wednesdays.

“I want people to come and just have a good time,” Fresh declared. “If you think you might be interested, come on down.”

Additionally, Fresh emphasized the fact that he is available for any events that could use some live music, paired with a charitable mindset.

“I am available for hire!” Fresh announced. “You can have me DJ your party, your event, whatever. I also want to let it be known that my company, Fresh Pooch, is a social entrepreneurship enterprise, meaning the majority of the money I make goes towards causes I support, such as dismantling the patriarchy, criminal justice reform and sustainability.”

Fresh can be found spinning his groovy and rocking vinyls every week at the Mable at 9:30 p.m.