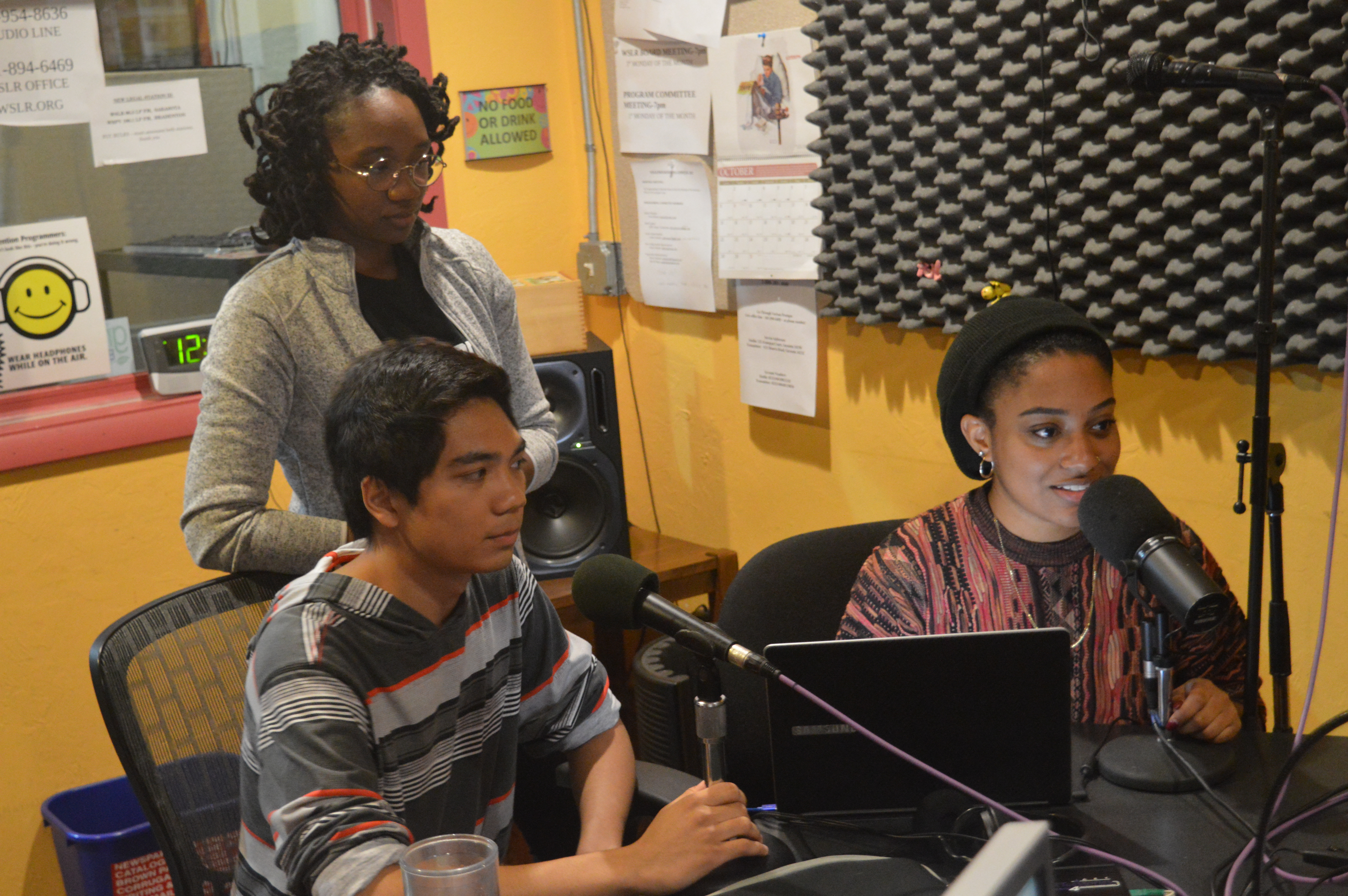 Just after midnight last Thursday, a small group of student activists filed into the WSLR radio station to promote and discuss the Million Hoodies Movement for Justice National Week of Action. Million Hoodies formed in response to the 2012 murder of Trayvon Martin and the failure of the media to cover it. Now, the movement is a national organization, comprised of young people of color, with chapters across the country, including the West Florida chapter, which is based out of New College.

Million Hoodies has, in the past, worked on a number of projects, including the creation of the “We Keep Us Safe Network,” which is “a rapid response platform to provide communities with the tools to educate themselves and take immediate action during moments of crisis,” according to the organization’s website. However, at the center of this past week’s Week of Action was the idea of freedom cities, cities and communities designed to be safe and protect all of its members.

On air with WSLR, Million Hoodies activists Cabrini Austin (‘16) and Angelo Acebedo (‘15) interviewed Dante Barry, the head of Million Hoodies, about the significance of this week of action and about the idea of freedom cities.

“I’m a big fan of the ways in which freedom cities connects different struggles together. Different racial struggles, whether it’s if you identify as Black, as muslim, as asian, as Puerto Rican, it all kind of connects to people of color. It also connects in relation to class, it connects to gender and gender nonconforming people,” Barry said.

“And so we need a new, bigger, broader narrative around how we actually build safer communities and so forth. And so there have to be some cultural shifts to talk about keeping people of color and all oppressed people safe in a way that’s empowering.”

Million Hoodies focused this week in part to raising conversation and promoting the sharing of stories about the experiences of individuals and communities.

“Million Hoodies this week is engaged in a week of action across the country to use this idea of how to be in conversation with the people in our communities, and the people that we work with and the people that we care about and all of the different types of people in between to really start to think about what does it look like when you have safe communities: when we are moving resources away from harmful institutions and putting them into things that actually keep us safe […] [Freedom cities seek to provide] vital basic needs for our communities, stop funding associations that harm us, stop the criminalization of all oppressed people, political power and community control, economic justice and community self-defense,” Barry said.

The week’s programming started off with a screening of “Cop Watchers,” a documentary about a group of New York activists dedicated to filming arrests and other police interactions with citizens. The footage provided by the cop watchers helps dissuade police from being violent, and it also can serve to help in the legal battles that often follow unjust and unwarranted arrests. This kind of community engagement is a central part of freedom cities and the activism of Million Hoodies, which seeks to create networks of activism that are ready to respond to threats or violence against communities.

While reimagining safer communities is central to Million Hoodies’ mission, Million Hoodies also provides community to its members, as a group that brings together young activists and provides support.

“I work with Million Hoodies because it provides me with a sense of community. We all care about social justice and Million Hoodies gives us the opportunity to stand up for what we believe in. Initiatives like this week of action highlights the concerns that we have as people of color and shows that we have no tolerance for the institutions that try to divide us. It gives a sense of power knowing that there are people who are willing to stand beside you when you’re trying to get a message across,” Austin said.

For Dajé Austrie (‘15), Executive Co-chair and cofounder of the West Florida Chapter of Million Hoodies, the Million Hoodies holds similar value, as “a medium for both peer-driven community service and as a space for young black and brown people to find support from one another.”