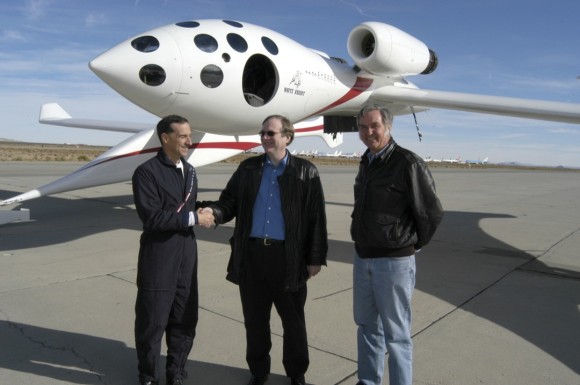 The lawsuits specify that all eleven companies infringe on four patents held by Interval Research. The patents are so broad that nearly any company with a website could have had legal action taken against it. For example, one of the four patent pertains to “Alerting users to items of current interest.” Whether Amazon is recommending a product to a user based on what item they are currently browsing or a WordPress blog is recommending a story based on the one a user is currently reading, Allen argues that they both infringe on his patent.

The companies targeted in the suit are not taking the situation lightly. “We believe this suit is completely without merit and we will fight it vigorously,” a Facebook representative to told technology news website TechCrunch.

“This lawsuit against some of America’s most innovative companies reflects an unfortunate trend of people trying to compete in the courtroom instead of the marketplace. Innovation — not litigation — is the way to bring to market the kinds of products and services that benefit millions of people around the world,” a Google representative commented.

While Allen and his Interval Research partners decided to pursue legal action only against 11 companies, thanks to their statuses as major players in their fields, several others such as Microsoft and Amazon, both of which he has close ties to, were left out of the patent entanglement. What’s more peculiar is that Allen is not only suing in order to end each company’s use of his patents, but he’s seeking monetary damages as well.

“Defendants AOL, Apple, eBay, Facebook, Google, Netflix, Office Depot, OfficeMax, Staples, Yahoo, and YouTube’s acts of infringement have caused damage to Interval, and Interval is entitled to recover from Defendants the damages sustained by Interval as a result of Defendants’ wrongful acts in an amount subject to proof at trial,” Interval Research’s lawsuit filing states. “Defendants’ infringement of Interval’s exclusive rights under the ‘682 patent will continue to damage Interval, causing irreparable harm for which there is no adequate remedy at law, unless enjoined by this Court. Interval reserves the right to . . . increased damages under 35 U.S.C. § 284 and to attorney’s fees and costs incurred in prosecuting this action under 35 U.S.C. § 285.”

Currently the 37th most richest person in the world with an estimated net worth of $13.5 Billion, the owner of the Seattle Seahawks, the Portland Trail Blazers and the Seattle Sounders FC, a multimillion dollar submarine, and a 416 foot yacht, Allen has very little financial incentive to sue and seek damages. This has perplexed some technology pundits and have led them to one conclusion: Allen is suing to improve the patent system.

The sentiment that the patent system is “broken” or does not make sense when applied to software is widespread among those in the software business, and stretches as far back as the free software and open source movements. In the case of open source, patent law itself is “hacked” by requiring users to keep the software free and “open.”

“I think Paul Allen is actually a patriot in the truer sense of the world,” Internet entrepreneur Adam Curry discussed on an episode of This Week in Tech. “So we know that the patent, this patenting of software and the way the Patent and Trademark Office is run is severely broken. . . . I mean if you want to really for once and for all get rid of the stupid patent lawsuits, the best way is to get the biggest tech companies on the planet and all of their legal teams and have them all band together to prove that your patents are stupid. Then we have jurisprudence that these patents are bogus and maybe he is doing this as his final legacy for the world.”

Whether or not Allen’s decision to seek legal is for the altruistic goal of reworking the patent system, he may inadvertently end up doing so.