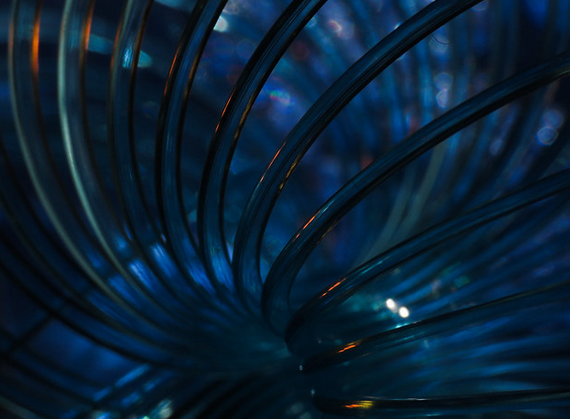 CNN estimates that, globally, we ingest 5 grams of plastic every week, the equivalent of a credit card. Photo courtesy of Flickr.

There is a lot of plastic in the world. Since 1950, more than 7,800 million tonnes of plastic have been produced, generating 6,300 million tonnes of waste, of which approximately 9% was recycled, according to Life. Plastic waste has its own host of issues, but a more unexpected issue garnering increasing attention is that of microplastics, or microscopic plastic particles. The U.S. National Oceanic and Atmospheric Administration (NOAA) defines particles as small as 5 mm as microplastics. These particles recently made headlines when a team of researchers found them in human blood for the first time.

Microplastics are classified in two types. According to a study published in Toxics, “Microplastics are defined as primary if released intentionally in the environment and secondary if they are released indirectly by deterioration processes.” Examples of primary microplastics include microbeads, abrasives in lipstick and cleaning formulations.

“Secondary microplastics can derive from the deterioration, fragmentation or improper disposal in the environment of large pieces of plastic, such as plastic films, household garbage, atmospheric deposition and vehicle emissions,” the study reports.

These tiny particles have been found everywhere, “from the deepest oceans to the highest mountains,” according to Environment International—as well as the North Pole. Their presence in the physical environment is ubiquitous. Their effects on the environment and ecosystems aside, the discovery of microplastics in human blood—nearly 80% of those tested in the study—indicates that if the particles do have negative effects on human health, that reality is one which must quickly be prepared for, and that it is too late to evade.

Studying the effect of microplastics on animal health is troublesome.

“More than 100 laboratory studies have exposed animals, mostly aquatic organisms, to microplastics,” freelance writer XiaoZhi Lim wrote for Nature, a scientific publication. “But their findings—that exposure might lead some organisms to reproduce less effectively or suffer physical damage—are hard to interpret because microplastics span many shapes, sizes and chemical compositions, and many of the studies used materials that were quite unlike those found in the environment.”

Lim goes on to identify an additional issue: nanoplastics.

“The tiniest specks, called nanoplastics—smaller than one micrometer—worry researchers most of all,” Lim elaborated. “Some might be able to enter cells, potentially disrupting cellular activity. But most of these particles are too small for scientists even to see.”

“If they’re small enough to enter cells or tissues, they might irritate just by being a foreign presence—as with the long, thin fibers of asbestos, which can inflame lung tissue and lead to cancer,” Lim said.

However, with the recent discovery of microplastics in blood as well as, soon after, deep within the lungs, we know that they can be small enough to enter tissues. That they are “too small to even see” presents significant obstacles to researchers.

“Researchers can use optical microscopes and spectrometers to measure the length, width and chemical make-up of plastic particles down to a few micrometers,” Lim wrote. “Below that scale, plastic particles become difficult to distinguish from non-plastic particles such as marine sediment or biological cells.”

“The larger microplastics are more likely to exert negative effects, if any, through chemical toxicity,” Lim continued. “Manufacturers add compounds such as plasticizers, stabilizers and pigments to plastics, and many of these substances are hazardous—for example, interfering with endocrine (hormonal) systems. But whether ingesting microplastics significantly raises our exposure to these chemicals depends on how quickly they move out of the plastic specks and how fast the specks travel through our bodies—factors that researchers are only beginning to study.”

For those who are worried, Lim mentioned one researcher whose “work on kitchenware found that the amounts of plastic shed depend highly on temperature—which is why he’s stopped microwaving food in plastic containers,” using glass instead.

This, however, is hardly a condolence. Lim concludes her article with a warning that, “For the moment, levels of microplastics and nanoplastics in the environment are too low to affect human health, researchers think. But their numbers will rise.” She also ends by stating the benefits of “every proven solution to curb plastic pollution [being] adopted in 2020 and scaled up as quickly as possible.”

This is because, for the moment, all one can do is hope that microplastics don’t have negative effects, at least none too horrible, because they are now lodged into the very fiber of our being.