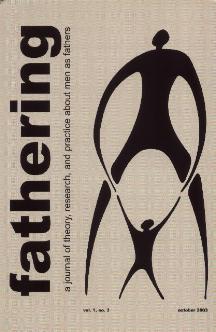 Fatherhood is more important to men in the United States than generally assumed, a study found. On a scale of importance, 75 percent of men ranked raising children as very important, compared to 48 percent that gave the same ranking to work success.

Veronica Tichenor, associate professor of sociology at the State University of New York Institute of Technology, was lead author for the research, which drew upon telephone interviews from the 2004 to 2006 National Survey of Fertility Barriers (NSFB).

“We found that [men] are not spending a lot of time on the career and relegating fatherhood to lesser importance,” Tichenor said. “They actually do place a high importance on both, so they’re not choosing one or the other.”

“I was surprised that the more important career was, the more important fatherhood was,” Julia McQuillan, a professor at the University of Nebraska-Lincoln and one of the coauthors of the study, said. “My feeling is that in the culture, we don’t think of men as thinking about fatherhood the way we think about women wanting to become mothers … but this [study] shows that even among men who don’t have children, a lot of them think fatherhood is going to be important in their life.”

However, the term “fatherhood” is vaguely defined. “Parenthood has meant different things for men and women historically,” Tichenor said. “We know that [men] say having children is important in their lives … but we don’t know what their idea of fatherhood is, whether it’s simply having [children] or being very involved with them.”

The researchers found that men with greater religiosity and men with non-egalitarian gender ideas were among those most likely to rate fatherhood as very important. “Men tend to view marriage, fatherhood and providing as a package deal, something that goes together,” Tichenor said. When men say fatherhood is important, it is therefore unclear whether they are referring to the ability to father children, to provide financial support, or to also nurture and raise children. “For men who hold more traditional or non-egalitarian ideals, this idea that fatherhood and providing go hand in hand is very strong.”

Men who were married, already had children, were in poor health, valued leisure and career or had fertility problems and did not have children were also more likely to rate fatherhood as very important. In many cases, factors that contributed to a high importance-of-fatherhood score depended on whether or not the men were already fathers. Men who were in school and were not fathers viewed fatherhood as more important than men who were in school and were already fathers, though overall higher education was associated with a higher importance-of-fatherhood score. Age played a role only for older men without children, who did not view fatherhood as important. Race also came into play. “Men who gave a race ethnicity other than White, Hispanic, Black or Asian had higher importance-of-fatherhood scores,” McQuillan said. “But that’s a pretty mixed group … so it’s hard to know what that means.”

In earlier work, the researchers found that women also tend to place equal importance on career and family. With more women in the workforce, Tichenor explained, men have faced greater pressure to also take care of the household and of children. “But the workplace has not changed in response to this real revolution in family life,” Tichenor said. “For all the talk of family-friendly policies in the workplace, they’re just not there.”

“There are some movements to make being able to combine being a father and being a good employee possible,” McQuillan said. “This data suggests that that’s something that should be supported.”

According to McQuillan, the study will be published in Fathering later this year or early next year.