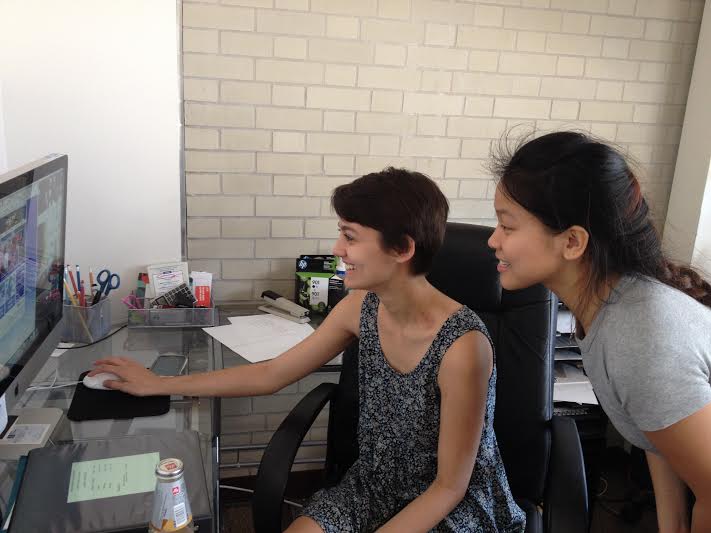 by Colt Dodd and Jasmine Respess

Since it was a special election, was it just like any other campaign?

“We really mobilized very quickly. Shelby was actually the one who asked me to run,’ Pellaton said. “I was definitely interested in running in the past […] We sent out our campaign email and made our emails over the course of three days, our whole campaign was a very dense three days of activity and work.”

“I think it was really different,” Statham said. “We chose to run because we would be the right transition team.”

As presidents, are you going to take up where Carlos left off or do you have some of your own ideas?

“Since we are coming in a little bit late to the semester a lot of it is figuring out where Carlos left off and how we can pick up,” Pellaton said. “Mostly we are trying to narrow down what Carlos was working on and complete those task before the end of the semester.”

“A lot of the things Carlos was working on I was working with him,” Statham said. Statham explained that she has been involved in the Peer Education Program and has been cooperating with the Counseling and Wellness Center (CWC).

Pellaton and Statham also said they want to restore the late night library hours that past presidents Cassie Corrado and Carlos Santos worked to put in place.

Statham said one of her ideas was for a different cabinet member plan an event every month, “Movie nights, treasure events, everyone brings a different idea of what is fun.”

“We are really behind the cultural exchange affair,” Pellaton said. “That would involve bringing together a bunch of club heads and trying to figure out what the school needs.

How will you make changes to Title IX?

“The conflict of interest that many students saw is that Dean Murray is our Dean of Students and also our Title IX investigator,”  Statham said. “That was a problem, because he interacted with students on multiple levels. Murray is opening the pool of investigators to several other individuals in student affairs and he is going to open it up to other faculty and interested staff.” Statham hopes this will lead to more diversity among investigators, so NCF students who come forward can feel more comfortable.

The position will be opened up to five or six people and there will be two people on the case.

The co-presidents expressed that they had a meeting the next day to discuss the involvement of students in the investigator hiring process.

What’s going on with the CWC?

“We met the beginning of January with the CWC to create a peer education program,” Statham said. “We initially met with them to try and alleviate some of the weight that the CWC has with all the counseling, but after meeting with them we realized that would not be the best way to frame what we were trying to do, however the peer education program is meant to reduce mental health stigma and form a cohesive group of students who can talk together.”

Both Statham and Pellaton explained that the CWC would have to face the reality that the University of South Florida will be pulling funding from the center at some point in the next five years. There has also been talk of getting the CWC off students’ health fee and onto the Education General Fund.

“Fixing it in the current is hoping to convince student health fee committee and BOT by 7-8 percent whatever maximum health raise,” Pellaton said. “Something really has to be set foundationally if we are going to move forward and offer the same services to the student body.”

What will you do with the Forum?

“As it stands there are no official plans for the Forum,” Pellaton said.

“We have gauged in the last couple months that students have said that the Forum has been incredibly hostile and a lot of students have approached us about it,” Statham said. “We are interested in looking to see what other students want to do with the Forum.”

“We are not getting rid of the Forum, we are not planning a large censoring of the Forum” Pellaton said. “We don’t have any plans to delete the Forum, and believe it is helpful when students are using it in a healthy and proactive way […] We have to go with the student body opinion.”

What are you going to do about the hiring process for a new cabinet?

“We are trying to do it in the most non-biased and transparent way possible,” Pellaton said. “Largely we felt that it was kind of uncomfortable to maintain a cabinet where they had not gone through the formal processes.”

Both Statham and Pellaton expressed that their ultimate goal is that there is a cabinet that works well together and best with them.

We are very adamant about making sure that the current cabinet is reapplying,” Pellaton said. “Because we definitely feel that they come with very strong qualifications and backgrounds that we want to continue to keep.”

The co-presidents said they are meeting with applicants next week. They said the current cabinet is in favor of the plan, and that Serrell and Rib would have handled the hiring process similarly.

Applicants can submit an old application, resubmit an application or edit their current one.

Will you run again in the future?

“We would have to make that decision in the next couple of months,” Pellaton said.

“If we chose to run again we will have to be in another election in mid April.”