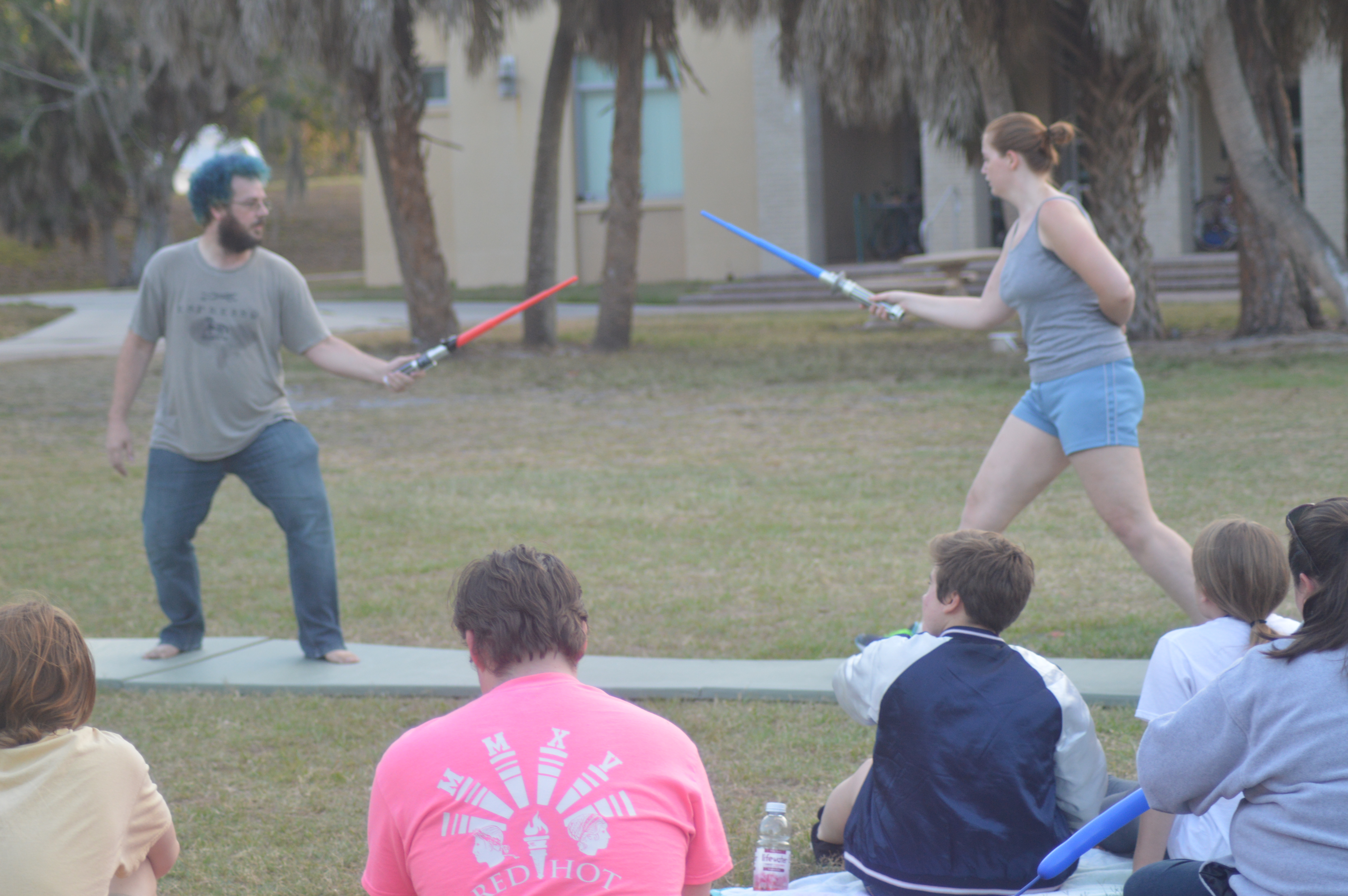 The Australian Senate celebrated “Star Wars” day by starting a intergalactic twitter war tweeting, “It’s a shame there isn’t a Galactic house of Representatives @AbouttheHouse [the official Twitter of the Australian house of Representatives] #StarWarsDay.” The Russian Embassy in the United Kingdom, tweeted a picture of Darth Vader taking a selfie and encouraged its followers to join the dark side. The Canadian government issued a “recall” for over 10,000 2017 model All Terrain Armored Transport (AT-AT) Vehicles because “defects” could lead to impaired laser cannon tracking. And Singapore lit up the night sky with “sabertrees” at their popular Gardens by the Bay attraction.

Locally, students celebrated both days, May 4 (“May the Force [Fourth] be with you”) Star Wars Day and May 5 (“Revenge of the Sith [Fifth]”) the day that “Star Wars” fans “join the dark side” by celebrating the series’ antagonists, the Sith Lords, by participating in a two-day celebration created by first-year Kallie Delis and hosted by Jessica “Jess” Maxon, the director of First-Year Programs and the SuccessQuest living learning community (LLC).

“It was great that members of the community came out to celebrate,” Maxon said. “And Kallie did a great job hosting.”

The first events to kick off the celebration on May 4, “Star Wars” day, were series trivia and a costume contest.

Teams battled for a Chewbacca plushie and New College water bottles and lanyards. When tasked with coming up with names, pun-ny names like Team Obi-Won and Team Obi-Winners were put in place for the two sides. Team Obi-Winners stayed true to their name, when their knowledge of “Star Wars” trivia proved the most extensive in the jeopardy style trivia game and they took the prize. Next, there was a costume contest where the obvious winner was R2D2, the crowd applauded when they revealed the trick up their sleeve and glided along the floor in their heelys.

“I am exceedingly grateful that Jess Maxon approached me about [this],” Delis said. “And I’m glad people showed up. Tonight was successful. ‘Rogue One’ is tomorrow,” she recapped the first night of events.

The next day, Professor Steven Shipman and thesis student Katherine Ervin sparred it out in the middle of Z-Green, showcasing their fencing skills to the students gathered around. After that they gave a short tutorial of their fencing style, épée fencing, which is the least dramatic of the three formal fencing styles.

Finally, Maxon passed out “zero liability lightsabers.” Instead of the  plastic lightsabers that Shipman and Ervin used in their spar, students used balloon lightsabers to duel it out with fellow students.

“Or just whack your friends with them,” Maxon joked as Shipman and Ervin gave instructions.

After the battle and the short fencing session wrapped up, the festivities ended with a showing of “Rogue One” which was supposed to be on Z-Green but was unfortunately moved inside due to weather concerns.