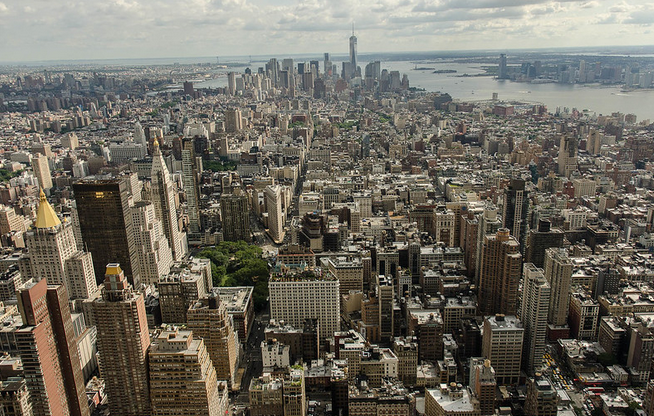 New York City, which once had the highest death rate in America at the beginning of the coronavirus pandemic, recently lifted its mask mandate. Photo courtesy of Flickr.

In 2020, when COVID-19 began to spread across the country and quickly took control of the popular consciousness, it became associated with two things: masks and New York City. New York was, in the first six months of the pandemic, easily the hardest hit location in the country. In fact, in the beginning of the pandemic, the New York Times wrote that the city’s “coronavirus outbreak grew so large by early March that the city became the primary source of new infections in the United States… as thousands of infected people traveled from the city and seeded outbreaks around the country.”

To curb this spread during the early pandemic, social distancing and, after about a month, masks were the primary solutions presented to ordinary Americans. According to USNews.com, at some point during the pandemic, particularly in the summer of 2020, mask mandates of some sort were implemented at the state level in most states. Only Alaska, Arizona (only in schools), Florida, Georgia, Idaho, Nebraska, Oklahoma, South Carolina, South Dakota and Tennessee never had state-level mask mandates that extended beyond public schools or government buildings. Of these states, though, local mandates were still common.

On the other hand, several states at some point took action to nullify local authority to institute mandates (Arizona, Arkansas, Florida, Iowa, Montana, Tennessee and Texas).

However, mask mandates have been uncommon outside of large cities for several months. The only states with mask mandates as of Mar. 11 are New York, Washington and Hawaii. The first two’s mandates expired on Mar. 12 and Hawaii’s will expire Mar. 26, according to AARP.org.

School districts, too, are moving away from mask mandates.

The shift comes, in part, as “Experts have pointed out that while the risk COVID-19 poses to children is real, it is now about the same as the risk of the flu,” the New York Times reports. “And many doctors cite the mental health strain that children have faced during the pandemic and the educational value of seeing full faces.”

Major cities such as New York, Chicago, Dallas, Houston and Philadelphia’s school mask mandates have expired, though mandates are still in effect in cities such as Boston, Seattle and Washington.