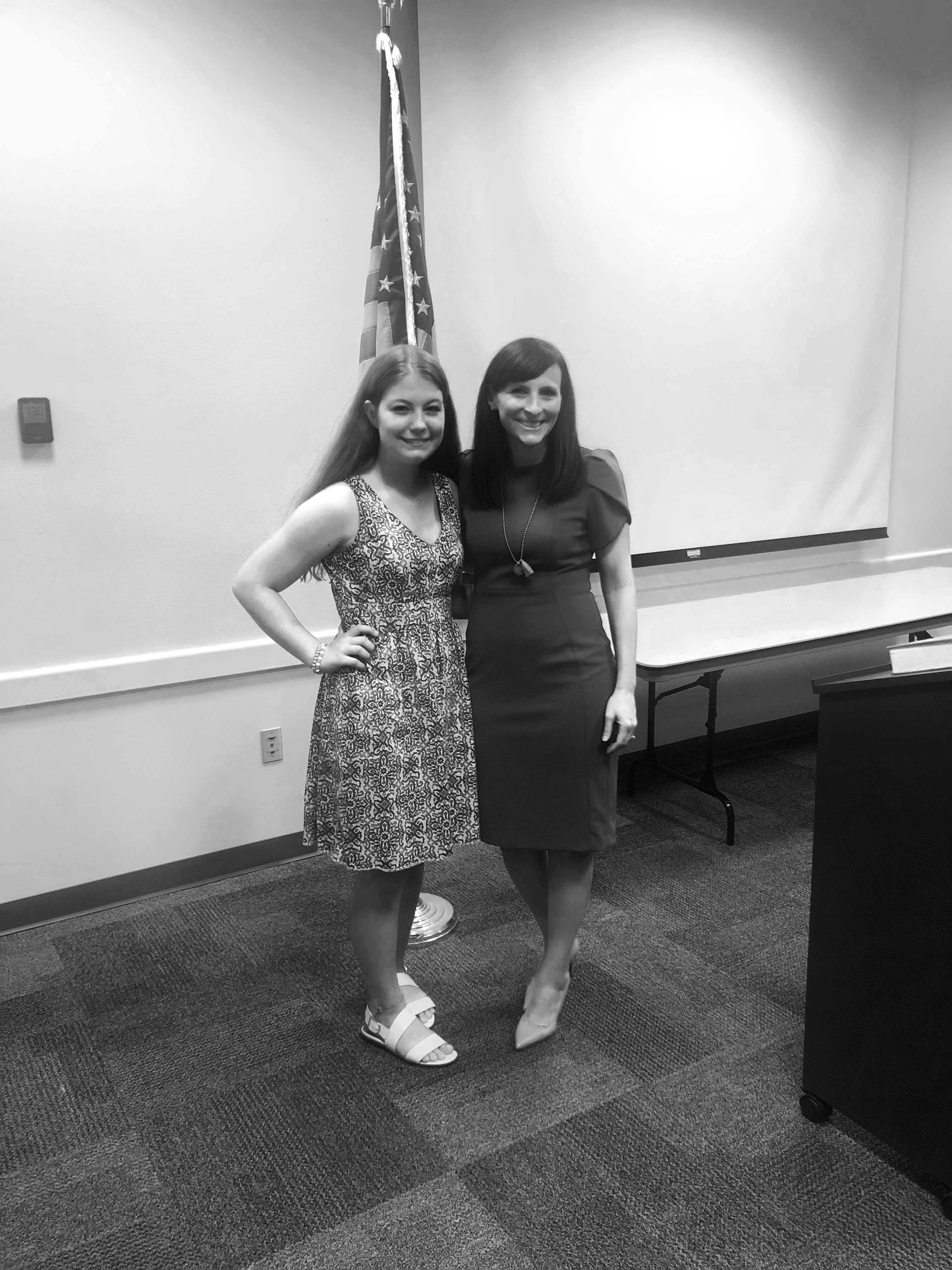 Sofia Lombardi and Maragret Good stand together for a picture.

In Florida’s 16th Congressional District, the Republican party has held the congressional seat for more than a decade. Congressman Vern Buchanan has represented District 16 since 2007, and although several Democrats have attempted to challenge him over the past few years, none have been successful.

Enter Margaret Good. Good is a state representative for State House District 72 and has built a reputation for herself as a legislator who is willing to work across the political divide to get things done.

Blue Good in a red district

President Trump won Congressional District 16 by a significant margin of 10.8 points. Good is fighting to represent a heavily-concentrated Republican district by working to change the typical politician’s partisan approach.

“I think this whole area could benefit from a representative that really listens to her constituents and takes action on the issues that matter to Floridians, to people that live on the Suncoast, and so I decided that it was time for a change,” Good said.

As a state representative, Margaret cared

As a representative of State House District 72, Margaret has consistently worked to reach across the aisle in every possible capacity.

On Oct. 24, Good filed House Bill (HB) 451, a bill that would make criminal background checks for gun purchases legally mandatory. This is the third time she has filed this legislation for what is commonly known as universal background checks in a Republican-controlled house. This bill will make no progress without Republican support, something Good is willing to work towards.

“I have had several of my Republican colleagues comment privately to me it is something they support,” Good said in an interview with the Herald Tribune.

Good is fighting to find real solutions to issues that matter to the constituents of District 16.

“We’re going to run a really strong campaign,” Good said. “We’re going to focus on the issues that matter to the people in Congressional District 16, like lowering healthcare costs, lowering prescription drug costs. We’re concerned about the environment and water quality and we’re actually going to take action on these issues in Congress.”

In 2017, Rep. Buchanan, who is the eighth richest representative in Congress, purchased a multimillion-dollar yacht just days after voting for a House GOP tax bill that largely assisted cutting taxes for the nation’s wealthiest.

On the other hand, Good places her focus on building up people, not money.

“I think that the goal of a successful campaign is to build a grassroots movement of people in the district that care about the issues and know that they’ve got a champion for the causes that they care about,” Good said. “I think that focusing on people and the issues that matter is what wins the election.”

In 2018, Congress experienced a “pink wave.” More women than ever before were running for and winning Congressional seats. Good is trying to continue that pattern.

“We are more than 50% of the population, why are we not being represented?” Good asked in relation to the challenges she has faced as a woman in politics. “It’s past time.”

Good for your vote

While Good claims to “resist labels,” she is very direct about her mission as a politician.

Good’s diligent and bipartisan work in the Florida State House evidently shows her commitment to the constituents of Congressional District 16. The election to make a change and vote Good into office will be on Nov. 3, 2020.

“When New College students are thinking about who they’re going to vote for the 2020 election, I ask that they consider me,” Good said. “I am solution-oriented and I want to lower healthcare costs, I want to protect our environment, I want to make sure that everyone has access to affordable healthcare. There’s so many issues where we can actually solve problems and work together, and I would ask for their support.”

Sofia Lombardi is a finance intern on Maragret Good’s campaign