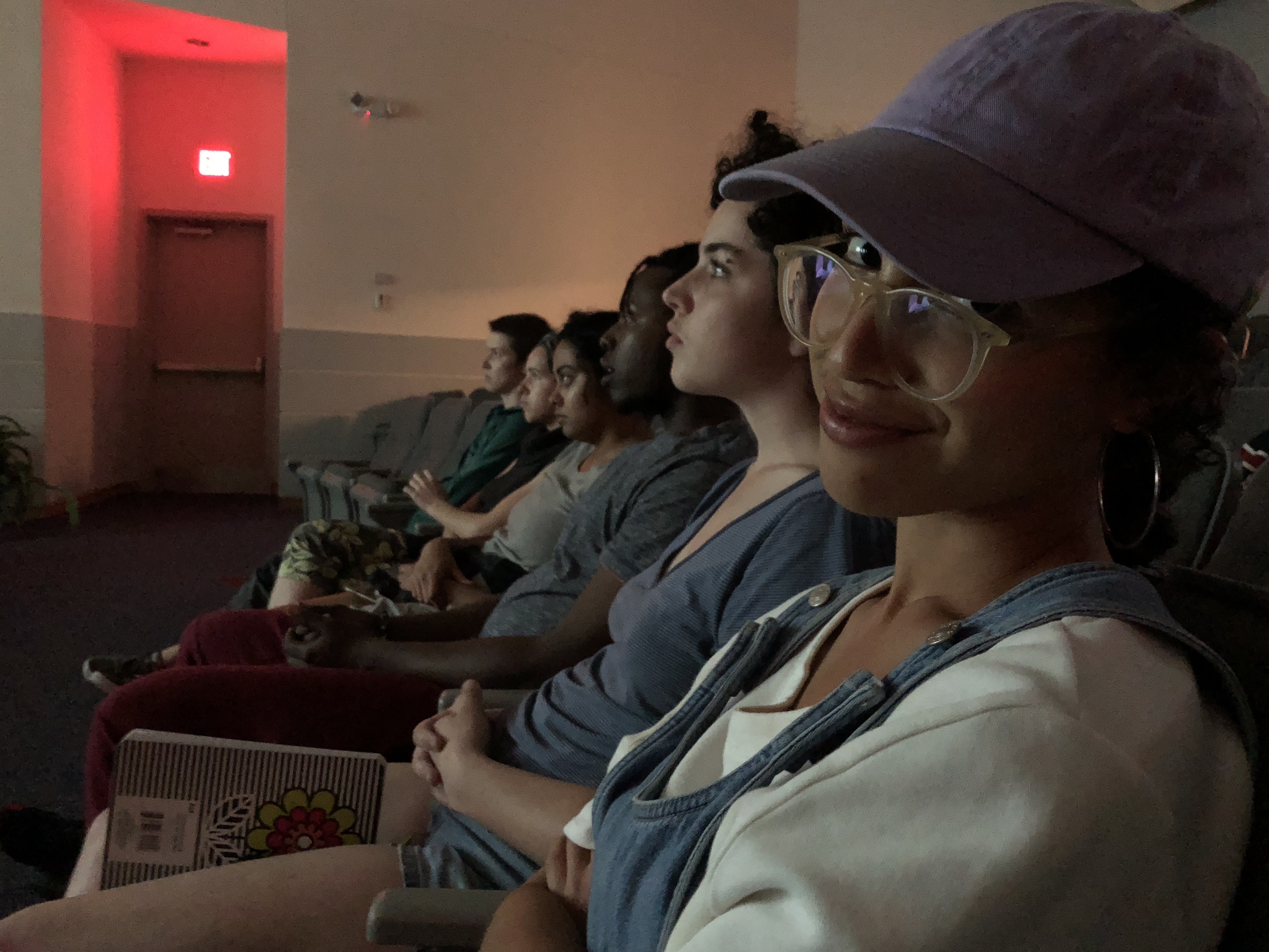 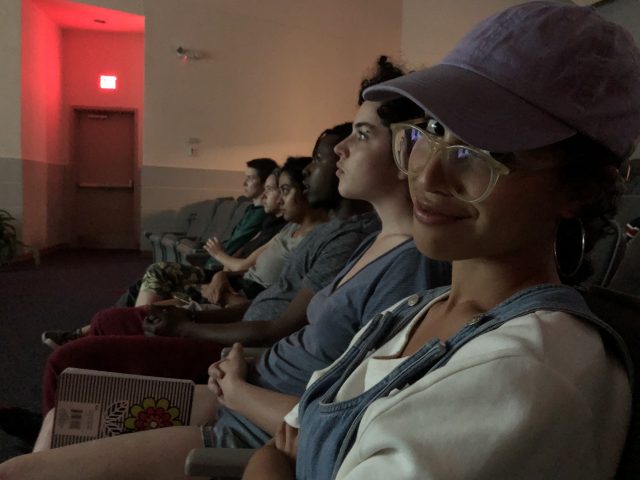 (All photos by Bree Nieves/Tangent)

From New York to Mexico, from Kenya to the local Sarasota community, one can notice that the experience of blackness is transnational and diasporic in nature. With that being said, Black History Month celebrates the Black Latinidad experience with the Afro-LatinX Film festival. Centered around the intersectional experiences of Black latino/latina people globally, the Afro-LatinX film fest is the first of its kind on the New College campus. Blackness is not confined to a certain culture or a certain set of experiences. It is all encompassing. Its history and importance touches all.

The Black History Month committee calls the New College campus to consider the black experience. In specific Black Joy within the LatinX community. This month consists of the celebration and exaltation of the achievements of black individuals and communities globally, focusing on the histories and legacies of those that despite facing various types of oppressions survive and excel. Black History Month has been doing more than ever in New College history to make visible the erasure of Afro descent in the Latinidad culture. What these films all aim to do is unveil the hegemonic and dominant narratives that we recognize and normalize as natural.

“This distinction of Blackness and Afro-descent within the LatinX culture is something that personally reflects my navigation of race and Puerto-Rican culture,” thesis student Kailah Santos said. “This film festival makes visible my identity as an Afro-Latina. We are not just indigenous and spanish. We are Black.  Its influences are in our salsa and merengue, our food, our rituals. We are Black. Morena.”

Four films were shown for this season, They Are We, Pelo Malo, Nana Dijo, and Stones In the Sun. They Are We is a critically acclaimed documentary film that uses dance and music to tell the story of an Afro-Cuban family determined to find their roots. Pelo Malo is a Venezuelan film that explores race and sexuality with the story of Junior, a nine-year-old boy who becomes obsessed with straightening his hair. Nana Dijo, the third film in the series, explores race relations and black identity, featuring a post film discussion with the Director Bocafloja. 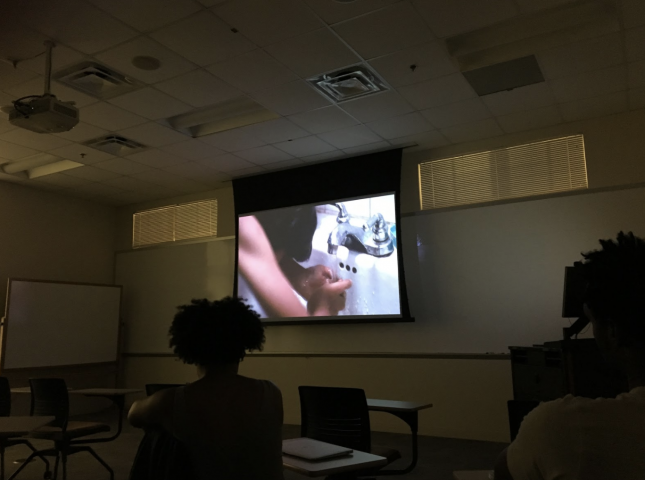 Bocafloja is a Multi-disciplinary Afro-Chicano artist hailing from the Bronx, NYC; Film, music, poetry, photography, design, and theater are some of his mediums of creation—decoloniality, third space theory, body politics, african diaspora in Latin america and intersectionality are fundamental topics addressed in his body of work.

“This work is directly connected to my own history, as a quote-un-quote Mexican citizen that is of African and Indigenous descent. So in a way, this film is deeply connected to my community, my own journey in life,” Bocafloja said in an interview with the Tangent after the showing of Nana Dijo. “As a poet and rapper starting in the mid 90s in Mexico city, the aesthetic of my work utilizes metaphors relative to the Mexican culture. I intend to carry out a powerful political discourse to bring visibility and representation to this topic. I’m trying to open a dialogue.”

Boca’s work is largely making visible the invisible oppressions and oppositions black descendants face in LatinX communities globally. Race, class, gender, sexuality and religion are all factors in the oppression Black and brown folks face in their communities and globally.

“For me as a white male-bodied individual, it’s important to be able to unpack and make sense of my own role in the oppressive system of colonialism and whiteness,” first-year and Social Inequalities student, Zane Robert, said. “Our goal is to make visible these oppressive forces so as to dismantle them. Bocafloja’s work with Nana Dijo does just that.”

The purpose of this film fest is not only aesthetic, its roots are deeper, the purpose is liberation.

“Racism and heterosexism both share a common cognitive framework that uses binary thinking to produce hegemonic ideologies. Such thinking relies on oppositional categories. It views race through two oppositional categories of Whites and Blacks, gender through two categories of men and women, and sexuality through two oppositional categories of heterosexuals and homosexuals. A master binary of normal and deviant overlays and bundles together these and other lesser binaries. In this context, ideas about ‘normal’ race (whiteness, which ironically, masquerades as racelessness), ‘normal’ gender (using male experiences as the norm), and ‘normal’ sexuality (heterosexuality, which operates in a similar hegemonic fashion) are tightly bundled together. In essence, to be completely ‘normal,’ one must be White, masculine, and heterosexual, the core hegemonic White masculinity.” This quote by Patricia Hill Collins in her work Black Sexual Politics, sums up the concerns we should be aware of when subscribing to Hegemonic structures of power.

This film fest is an act of Black liberation, by giving voice to voiceless. Communities of Black latinidad and indigenous folks in the United States and without are creating counter narratives to colonially through film and documentary. As they say, a picture is worth a thousand words—one can only imagine how much more one can distill and internalize from the audio-visual media one consumes.

Lastly, the film Stones in the Sun will be shown in March, following immigrants during times of political unrest as they settle into the U.S. This film will end the series and put a close to the Afro-LatinX film fest.

“What we wish for students and the Sarasota community to take from this festival is the intersectional and vibrant experience of Afro-Latinos/as,” Santos said. “They have a voice and deserve to be heard. These oppressions must unveiled, so they can be healed.”

To all the students that took part in this celebration and to those that missed, this was a wonderful opportunity for community building and healing on the New College campus. Discourse and dialogue is important when thinking about oppressive and structural powers. With great excitement we thank the Black History month committee for putting on the Afro-LatinX film fest. All their work does not go forgotten. This work will continue throughout the month of February.