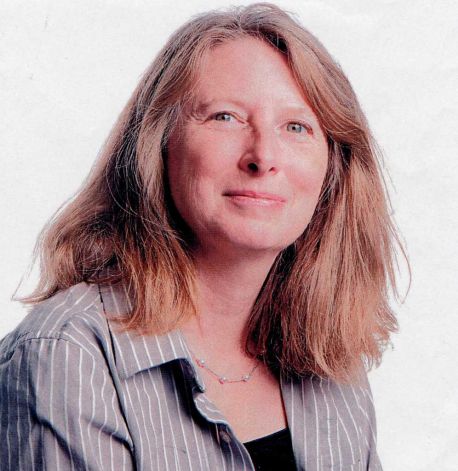 After twice being a finalist in the last four years, Sarasota’s local paper at last walks away with its own Pulitzer Prize. Paige St. John, emerging after two years from piles of public records and hours of corporate interviews, released a report on the state of Florida’s property insurance system that brought the illuminating public eye to the Herald Tribune.

“Focusing on the property insurance market in Florida was an easy choice, because I have seen firsthand how reliant the state is on insurance to recover from catastrophe, and how much skyrocketing rates and fleeing carriers have hurt both individuals in Florida and the state economy,” St. John said in an email to the Catalyst.

After her two-year project, not only did she walk away with the Pulitzer for investigative journalism but also revealed that “hundreds of thousands of Floridians are insured by carriers so financially weak that they could barely cover a house fire, let alone a hurricane,” Michael Pollick of The Herald Tribune reported in summation of St. John’s work. “Billions of dollars have been shipped offshore to unregulated financial markets that manipulate Florida’s property insurance crisis for their own gain.”

St. John’s investigation made evident Homeowner’s risk in Florida as millions invest money in insurance companies small and untested, and conclusively unable to withstand hurricane season in Florida.  “One in three privately insured Florida homeowners relies on insurers that exhibit one or more signs of financial risk,” St. John reported in one of her articles in the series.

Furthermore she uncovered the corruption in the business as, despite the instability for Florida homeowners, insurers make millions. “Today, nearly half of Florida’s home insurance is provided by companies whose primary profit comes not from insuring homes but from diverting premiums into a host of side ventures,” St. John reported over a year ago in another segment.

“We’ve only published three-fourths of the project,” St. John said, offering evidence in regards to the extensive effort and information that St. John uncovered in the course of the last two years. “I’m busy doing run-and-gun stories on how the Florida Legislature is handling our insurance crisis right now, and then after that I hope to dip back into some of the remaining unanswered questions and possible solutions. By then we should be well into hurricane season, and I think the news will overtake us, as it usually does, and that’s where I’ll find my next project.”

“I have a personal belief that the very best stories come off the most critical news of the day—issues that are hottest—and this one is just waiting for the next hurricane to boil over,” she said to the relevance of her investigation. Her story was released in time for Homeowners to become aware of the risk as the next Hurricane season approaches.

In an age where media is instantly accessible online and print journalism finds itself on the decline, St. John buried the notion that journalism is on the decline, “Its not just me these days showing great reporting is not dead, but everyone at our paper, and many more across the country,” she advocated. “And that’s because there is as great an interest as ever in getting the news. It’s important to a functioning democracy but it’s also important to helping people navigate a complex and quickly changing world. I like to read something printed on a paper delivered to my box each morning. My teen daughter gets informed by an ever-changing stream of content on the web. But there are reporters at the other end of both, gathering, distilling and delivering the story.”

“Journalism isn’t dead, it isn’t even on sick leave.”

“What’s changing dramatically is how and where that information is conveyed,” St. John continued. “I agree, that it does make it harder to carve out a living when advertising revenue is shrinking so fast. There are many fewer reporters in newsrooms everywhere I look. But I also see reporting beats change to reflect that, focused more on enterprise stories that dig up fresh information and less on the rote, scribe sort of reportage that used to be so common. Whatever you want to call it, watchdog journalism or investigative reporting, in many newsrooms it’s alive and growing.”

“Being a reporter for more than 30 years has given me a great front-row seat to the world,” St. John said when inquired about her experiences as a reporter. “I started my professional career working for the wires, first UPI and then the Associated Press, so moved around quite a bit. I ate cottage cheese with George McGovern waiting for results of the ’84 Iowa caucuses; I had the most terrifying ride of my life helicoptoring in with Jeb Bush to hurricane-devastated Pensacola; I hired a crack addict to guide me through feces-strewn abandoned buildings of Detroit looking for homeless people missed during the official Census Night Homeless count. I’ve hunted for elk, handled snakes with a religious fanatic and ridden aboard an expedition ship searching for the wreck of the Edmund Fitzgerald.”

“Just as important, I’ve pulled countless all-nighters writing computer code or sifting through massive stacks of records to decipher the hidden meanings contained within,” she said to conclude the glorified tales of a journalist, demonstrating her experience and ability in understanding what the job entails.

“Journalism is relevant to readers’ daily lives, and investigative reporting is just good journalism,” and so she concluded her email with a motto that Paige St. John not only states, but reflects as a journalist unafraid of the news.