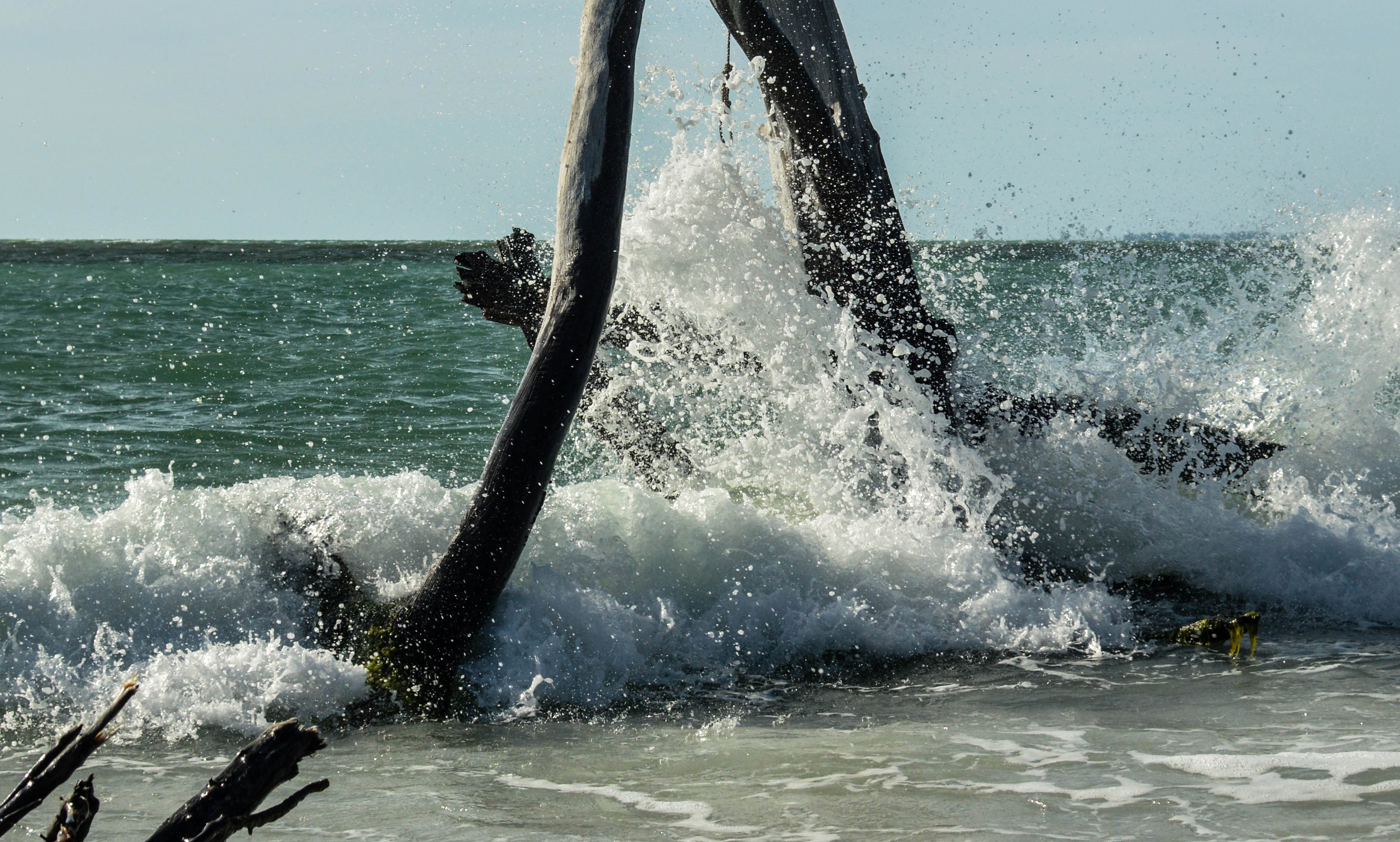 In a few years Beer Can Island may cease to exist. Affectionately known as “Dead Tree Beach” to students, the spot has been a popular place for hammock lovers and dolphin-watchers of all AOCs.

“Over the years, depending on hurricanes, sometimes it is connected [to Longboat] and sometimes it is not,” Tom Friewald, Chairman of the Longboat Key Revitalization Task Force,  said. “Last time it was open it was due to a big hurricane in 1960 that recut the path that seperated Beer Can, but the natural flow of sand from the northern point of Longboat Key eventually reconnected the island. So this area has been called Beer Can Island for many years.”

Despite its many evolutions, Beer Can Island has always existed, it just has not always been connected to the mainland. But this time, it may be disappearing for good.

Four or five years ago, Longboat Key spent $4 million putting sand on the land in front of the properties next to Beer Can. This part of Longboat Key never receives any sand because of the natural currents surrounding Longboat which travel from North to South.

“It lasted about a year and it all washed down to Beer Can Island,” Friewald said.

Only two of the groins got approved due to a settlement agreement. The third groin has recently been approved and will be put into production within the next couple of years. The end result is going to starve the area known as Beer Can Island of its natural sand deposits.

(all photos by Azia Keever/Tangent) 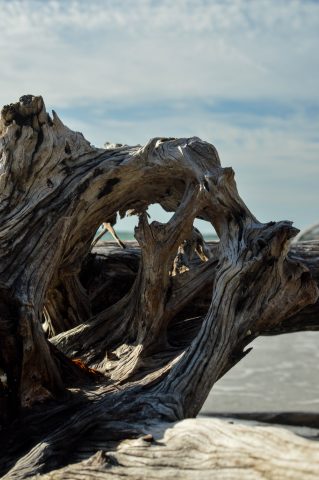 The long term concern for Friewald in regards to the groins is that the bulk of the sand that populates Beer Can Island will cease to flow towards the island.

Charles A. Hunisicker, Director of Manatee County’s Parks and Natural Resources Department, has a more positive outlook. Hunisicker believes the groins will cause the shoreline to recede on the island and may even cause the island to become an island once more, but they will not completely eradicate the island.

“We have said that our ownership of this property is premised on accepting that this island will fluctuate overtime, as it has, and that we’re not interested in expanding funding to keep this shoreline in place,” Hunisicker said.

This wouldn’t be the most recent time the island has been witness to an identity crisis.

“The ownership has always been based more on myth than on fact,” Friewald said.

Only two years ago, the beach was rarely frequented. One may have been witness to a lone dog walker or a group of hippie teenagers only rarely on a weekend stroll. Many thesis students remember the days when the beach was a hidden gem.

“What was once a seemingly secluded safe space to hang out with friends has turned into nothing less than and over crowded and clique minefield,” thesis student Judge Jones said. “Beer Can Island bears little resemblance to the splendor of its former glory. I myself, while innocently wandering through what was once a secretive spot, lacerated my toe from top to bottom.”

Well-built huts made out of sand dugouts and palm fronds used to exist behind the brush in the forest of the island. In the last few years these have been filled in and destroyed by the increased traffic.

“I met the dude who was building all those huts one day when I was there,” Marlo Disalvi (‘13) said. “He was just some guy from Bradenton.”

Thesis student Hunter Osking, concerned about the heightened level of surveillance at the beach, spoke with the Tangent about his unease.

“I used to go to Tree Beach every week until we got harassed by some square ass cops,” Osking said. “I hate cops.” 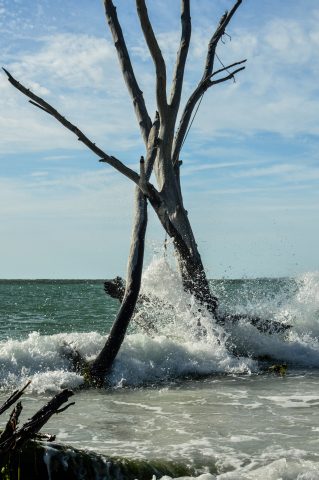 Friewald said Beer Can Island got its name from a trashy past.

“The most accurate description we have is from Mr. Greer who said it was Beer Can Island because it became an unofficial fishing camp where people would come stay for the whole weekend, leave and then leave their beer cans there,” Friewald said. “So there were huge piles of beer cans and, according to Mr. Greer, that’s where the name came from.”

Homer Greer was the main historian and advocate for keeping Beer Can Island an undeveloped park back in the late 60s when the island was starting to reattach to the Key. Greer, who moved to Longboat in 1964, was deeply attached to this little plot of pine and sand, was unwilling to yield to other property owners who wanted to claim the island for themselves.

A battle broke loose. The two warring factions: Mr. Greer and Frank Conrad—a Sarasota resident with property on the Northern end of the Key bought during the Depression. When the island accreted to his property, he asserted it now belonged to him. The Florida Internal Improvement Fund was in favor of giving up the land to Conrad and recommended the state to do so.

Greer went, not to the moon, but to Tallahassee and back multiple times, to fight for the freedom of his beloved land. He talked with both Manatee County and Longboat Key Commissioners, drafted petitions with thousands of signatures and appeared in front of cabinet members.

The battle was merciless. According to a 1983 issue of Anna Maria Island’s newspaper, The Islander, Conrad sought an injunction in an effort to stop Manatee County gaining the rights to the land.

This time, Greer used his own funds and monetary contributions to provide legal support for Beer Can’s sovereignty from Conrad.

Just as the case was about to come to trial, Conrad yielded. A lengthy legal battle was far from his interests.

Today, the water is all the way up to the trees on the Northern side of Beer Can Island, only a couple of years after they put the first groins in.

Greer told The Islander in 1983, “Nobody can touch Beer Can Island. You can’t even put a park bench on it. Beer Can must remain as it is forever.”

But to save Beer Can this time, Longboat would need a good kick in the groins.

Information for this article was scoured from various interviews and a 1983 issue of The Islander.