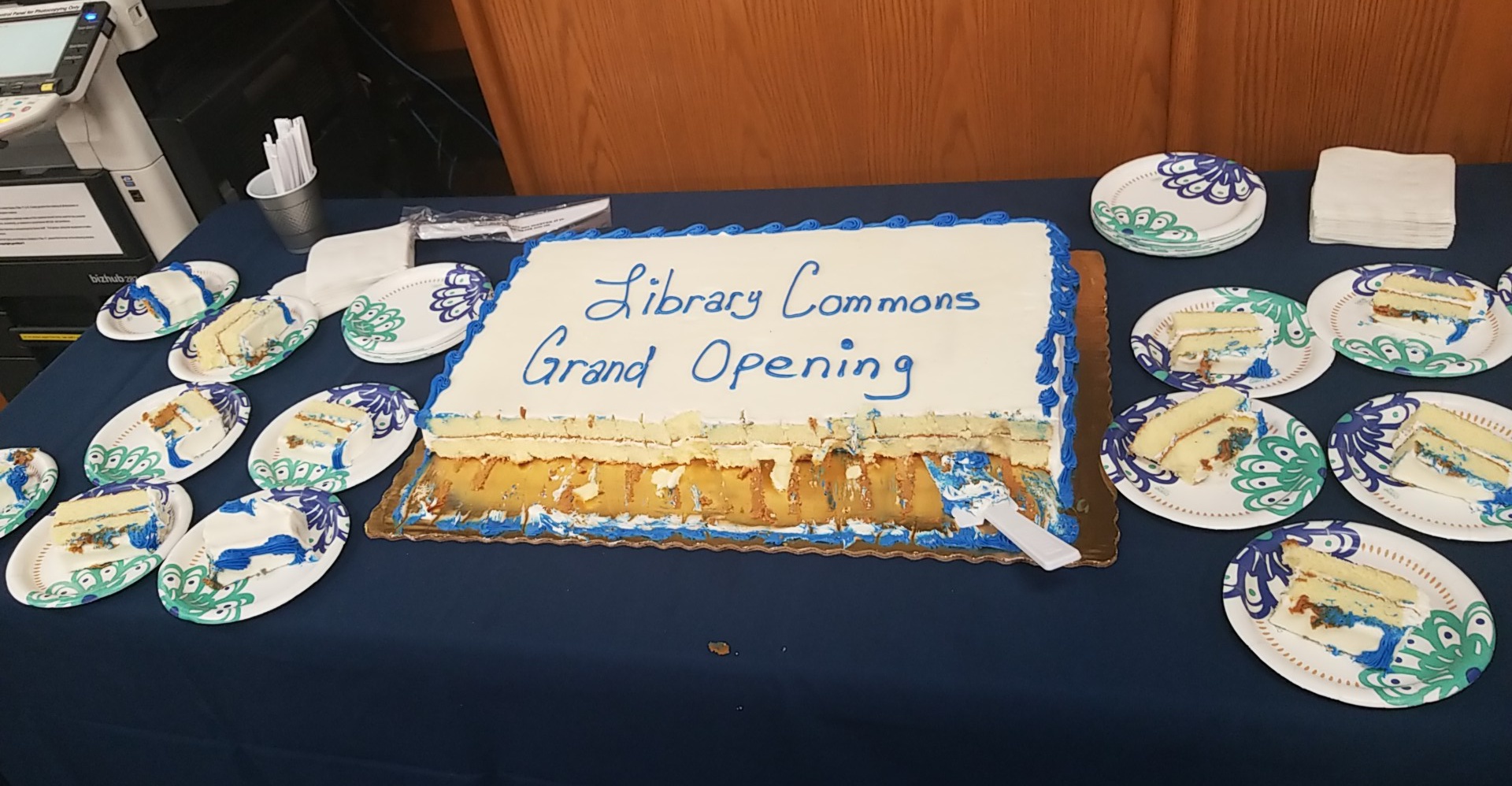 Michala Head/Catalyst Cake was served at the opening celebration.

Returning students were met with conspicuous changes to their library, including a new coffee bar. This vision for the Jane Bancroft Cook library was developed by Provost Barbara Feldman.
“I want students to spend time in the library studying, collaborating, sharing ideas and all these go well with coffee,” Feldman said. “We will start small with limited hours and suggested donations and then see what the demand is like.”
Feldman said that a more formal plan would take shape once the coffee bar has been open for awhile.
A grand opening was held on Thursday, Sept. 6 for faculty, students and donors. Metz garnished the celebration with pastries, fresh fruit and cheese. Sparkling apple cider was served alongside a large cake.
Feldman, Dean of the Library Brian Doherty and President Donal O’Shea gave remarks about bringing the library into the future by transforming it into a colorful, collaborative space.
During the event, second-year student Anna-Lynn Winfrey pointed out to a couple of friends that students did not give input on these changes and opted to ask Feldman directly about this.
“I was just trying to talk to the Provost because from the speeches I got the impression that they did not really care what we thought about it and we were not asked about it all,” Winfrey said, expressing concern for the computers that made way for this project.