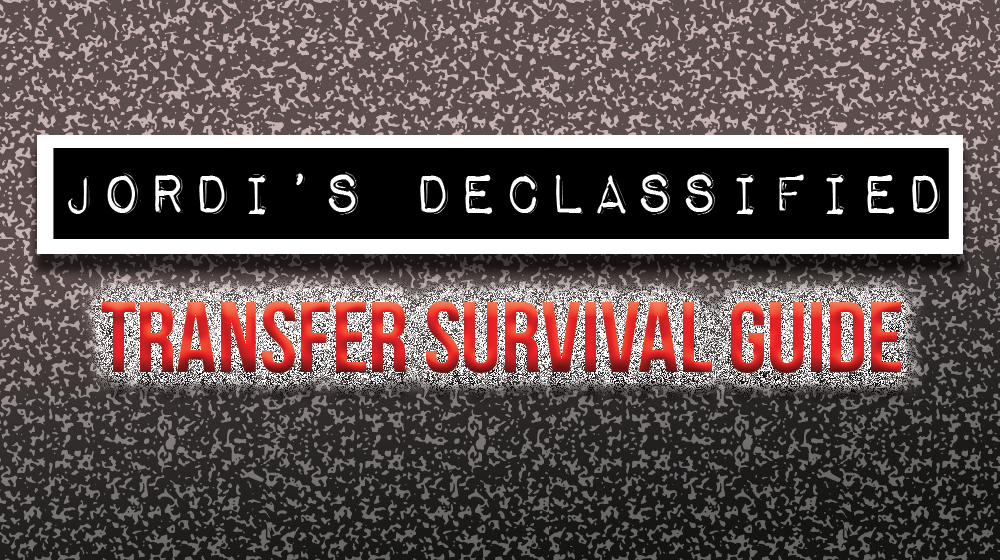 Transferring from one educational institution to another can easily become a daunting and hectic experience in getting all the right paperwork and credits over to the right people successfully. Most other schools don’t have contracts, Independent Study Projects (ISPs), or narrative evaluations for credit–this is when coming to New College could get tricky.

“I honestly didn’t think it would be as hard as it would be to transfer to New College,” third-year transfer Mary Stevens said, explaining not the process but the experience of going through this school.

Coming from Florida International University (FIU), I think it’s safe to say that research is the name of the game, but even then transfers–making up 10 to 15 percent of total enrollment–are left in the dark frequently. Most of the information a transfer student would need comes straight from New College’s school website and it definitely gives a simplistic breakdown of all the necessities, as I’m sure any other school would.

One needs to have completed the Common Application (that allows any prospective student to apply to the majority of universities across the nation), send in only one recommendation letter (which is nice since a lot of schools require multiple), as well as their official transcripts from high school and secondary education and SAT or ACT scores. A small personal statement pertaining to the reasons driving the student to want to come to New College is also required, but this is low-stakes it seems compared to a full-out essay–or essays–that some colleges request.

The issue a lot of the time comes when a student arrives without an Associate in Arts (AA) degree, which many of the interviewed transfers believed creates a stable foundation for jumping into the New College lifestyle.

“It really wasn’t made clear exactly what kind of credits would transfer,” second-year transfer Benjamin Cook said. “Honestly, I still don’t really know what I really have here.”

If a student already has their AA degree from another institution in the state university system, then this grants them some beneficial shortcuts and liberties. For one, probably the most frightening and confusing aspect of transferring to New College is knowing for sure how one’s GPA-related credits translate to contracts and ISPs, but with an AA it is clearly described on the website that the degree is equivalent to a total of three completed contracts and an ISP. Leaving four or five more contracts (the average student completes seven to eight before graduating) and two ISPs to go for a successful graduation. For these reasons, it is highly recommended so that a basis or foundation could be laid out for the student before arriving to the idiosyncratic system of  this school.

However, without an AA, students like Cook are left pretty clueless until a couple semesters in. Second-semester transfer Lev Gurt, who came to NCF last spring, was awarded just one contract and one ISP. In describing his experience of logging into NewCleis and never finding any indication of a set contract number, shows how a transfer could be left floating around unanchored.

“ISP is such a vague thing to a transfer student,” Gurt said. “To figure out New College you kind of just have to be here.”

The curriculum is so unique here that the same course, like Introduction to Statistics, taught at another school may not cover everything or translate well from one school to New College. Hence, it takes on average three full years for a transfer student, even having an AA, to graduate because a lot of course may not even be accepted. Hinting at the level of rigor and difficulty this school exhibits, students like thesis transfer student Danielle Zeris encourage taking as many useful requirements before coming to New College because the courses would probably be easier to complete.

“Here it’s a lot different. It’s a lot harder. It’s an Honors College,” Zeris said. “Think about what you want to do here.”

Commonly, a student’s success relies heavily upon their advisors and professors. These faculty truly shape and help forge the path many students go down, especially in a school like New College that has less boundaries and constrictions, it’s as if almost anything can happen. Every student in this school could be considered a unique case in terms of what’s going on semester-by-semester, but even more so with transfers, since instead of stepping into the pool at the beginning, they get thrown into the deep end immediately.

“You need to be working twice or three times harder than everyone else in class,” Stevens said. “Because you start behind.”

The consistent mentality of New College is a do-it-yourself self-motivated kind of ideology, that has the potential of having new students fall through cracks if they’re not too careful. A critical point all transfers–and possibly all students–find out is that advisors and professors truly are the answer to any and all questions. Transfers come here for a reason, they may actually want to be here more than the average student that started here as a first-year, so they know in some way what they’re getting into. Something the interviewed transfers–and this reporter included–all had in common was the desire to be in a small school, one with professors that cared as much as much we want to.

“You need to go and talk to your professors,” Stevens said. “That is the best thing about New College is the professors.”

While some may have more helpful advisors than others, there’s a unanimous appreciation for everything advisors and professors do.

“I was just stuck in these huge classes and I didn’t really feel like I was learning anything,” Cook said about his previous school University of South Florida (USF) at Tampa. “I think professors here [New College] are here because they actually want to be educators.”

Still, there are a number of discrepancies that occur between the school and transfer students coming that need to be worked on and improved for the future. There may be issues with understaffing causing a lot of the lack of communication, or confusion, between the two parties in whatever given situation, but there could be a handout book, or workshop given in Transfer Orientation to really have everyone starting on the right foot.

“They need to learn how to handles transfers much better,” Stevens said.