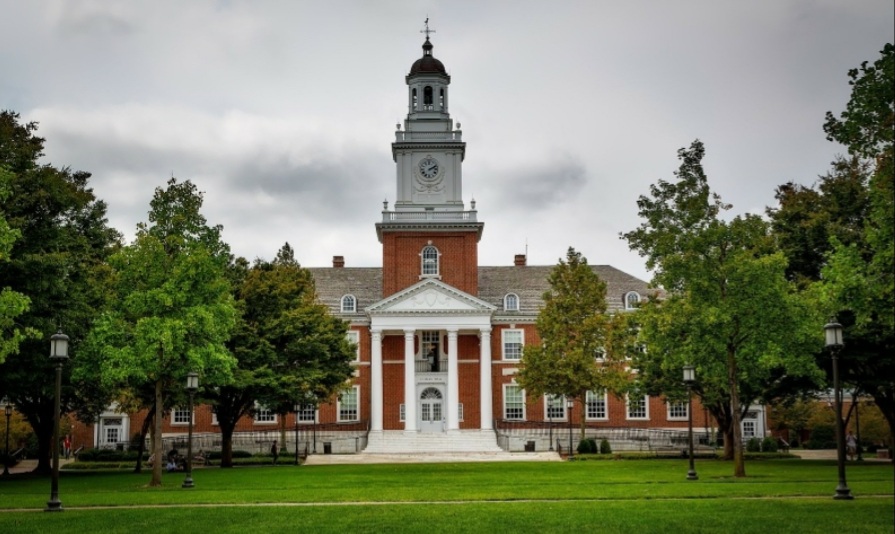 A photo of Gillman Hall at John Hopkins University. Photo courtesy of Pixabay.

A striking paper published by the Johns Hopkins Institute has been making the rounds, once again heaving the cultural-political trenches erected around COVID-19 into disorder and galvanizing yet another round of controversy. The paper in question, A literature Review and Meta-analysis of the effects of lockdowns on covid-19 mortality, claims that “lockdowns in Europe and the United States only reduced COVID-19 mortality by 0.2% on average.” It further emphasizes that the social and economic cost of imposing mandatory lockdowns creates conditions of suffering that outweigh its benefits. While media outlets have largely exaggerated the paper’s claims to cater towards whatever political crowd they happen to pitch for, the paper itself presents a nuanced perspective. Yet, the paper is not without its critics, who take issue with its methodology.

To begin, much of the paper’s authority is sourced from its publisher, the esteemed Johns Hopkins Institute. Controversial scientific papers are par for the course in academia, but for such claims to be made from what many consider to be a pillar of mainstream medicine is unusual. However, there is an important distinction to be made—the paper is published by the Johns Hopkins Institute for Applied Economics, Global Health and the Study of Business Enterprise. Indeed, all three authors of the piece are not epidemiologists, but economists. Clearly, this may not be ideal for a piece written about a pandemic. Still, the arguments in the piece are earnestly made from the perspective of public policy and societal costs, a topic any number of disciplines should weigh in on.

The economic background of the paper allows for some interesting interpretations. The paper found that the more recent round of lockdowns, after the first wave in Mar. 2020 but before the Delta variant, had virtually no effect on preventing COVID-19 mortality. Despite how many media outlets have portrayed this, the paper does not make the argument that social distancing and increased hygiene are ineffective. Instead, it makes a distinction between voluntary and involuntary forms of social distancing, with voluntary being preferred. Fear of contracting COVID-19 is then compared to supply and demand fluctuations: as people believe that infection rates are lower due to lockdowns and other protocols, they naturally start to engage in riskier behavior.

This explains why lockdowns were effective during the first wave of COVID-19, as populations naturally self-imposed restrictions regardless of government action. In this way, relegating the responsibility of preventing COVID-19to a relatively narrow set of government-imposed restrictions creates a facade that COVID-19is being dealt with, and people naturally start to reduce their precautionary behaviors. The paper argues that the pandemic should be tackled more comprehensively and voluntarily, and emphasizes the enormous economic and social costs of government-mandated lockdowns.

In this regard, the paper makes an important point. Lockdowns are “reducing economic activity, raising unemployment, reducing schooling, causing political unrest, contributing to domestic violence and undermining liberal democracy.” Each of these is bad enough on their own, but also create a chain reaction of related societal woes. Whenever unemployment rates go up, so do many other problems such as opiate abuse, violent crime and suicide. One Centers for Disease Control and Prevention (CDC) study may indicate as much as a 51% increase in hospitalization for suicide in youth following lockdown implementation.

Furthermore, the question should be asked who the lockdowns place the most burden on. White-collar workers capable of working from home and having food delivered may be willing to prolong the lockdowns, but large swathes of the population are in a far more vulnerable position. It should be acknowledged that these lockdowns put the greatest pressure on those with the scarcest resources to deal with them. This rings particularly true in the U.S., where stimulus packages meant to support socioeconomically vulnerable people have been far and few between.

Overall, the paper makes a surprisingly sane proposal for addressing the pandemic in a comprehensive, voluntary way while acknowledging the immense burden government lockdown places on economically and socially vulnerable persons. While it is not without its flaws, such as only measuring mortality and not the burden of infection, neither is it without merit. No matter where one sits on the political aisle, there’s something to be taken from the paper itself, if not from the media outlet war it incited.