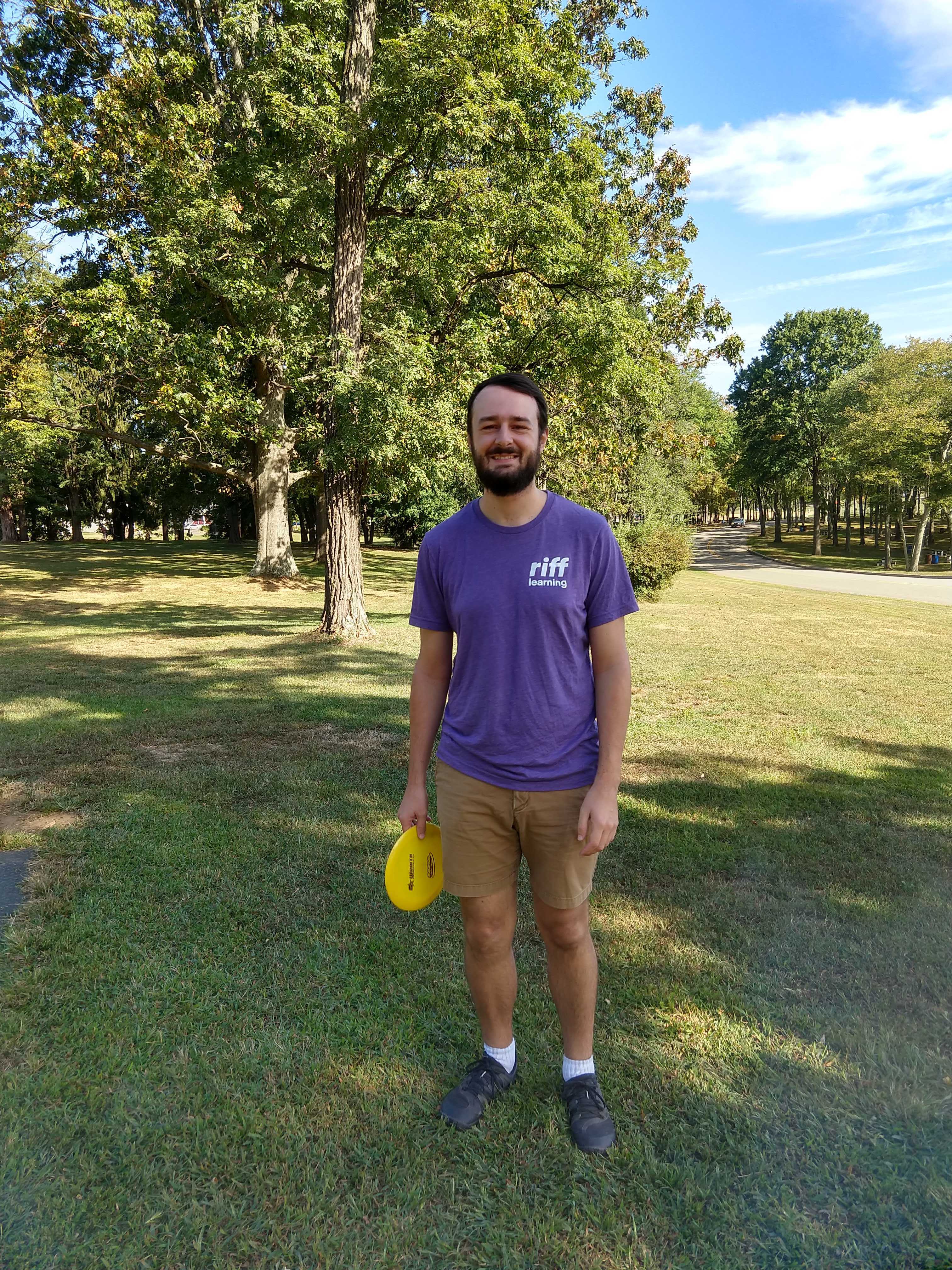 Teaching a range of topics from Social and Ethical Issues in Computer Science to Machine Learning and Artificial Intelligence, Professor of Computer Science John Doucette is a fan of all things mind and learning. Doucette recently spoke to the Catalyst during a disc golf excursion about his current pursuits outside of New College, the school’s culture and words of advice for students wanting to impact the community.

Doucette specializes in artificial intelligence, multiagent systems, machine learning and social choice theory. He is known among his students for rigorous and challenging coursework that drives individuals to try their best. After four years in Sarasota, Doucette migrated to New York. He is currently an adjunct professor, remotely teaching a variety of tutorials and sponsoring a few thesis projects, while also working with a start-up in New York to help develop what he described as an automated soft-skills coach. This program helps individuals improve soft skills such as social skills and communication abilities, which help people work effectively in groups.

Can you describe some of your current projects?

“I work at Riff,” Doucette began, “where we make software tools that analyze conversations and tell the people involved in the conversations what they might be doing and whether their behaviors are conducive to good communication and collaboration among the group or harmful to that communication and collaboration among the group. Sometimes we also provide insights for people’s employers or instructors. So, we tell them things like after you gave your class this lesson in professional communications, when they next met and discussed the topic that you assigned they were 20 percent better at communicating: they took more turns, less likely to speak over each other, whatever it is that we’re interested in.”

What are some of your interests in Computer Science?

“I’ve always been interested in AI systems,” Doucette said. “I think that initially [entering New College] I was mostly interested in learning, and understanding how learning might work and how to learn patterns automatically. Later I became interested in automating the kind of reasoning that people do about each other. Helping to create programs that could reason about the likely behavior of people, or other programs, animals; other agents in the environment. In reasoning about the behavior of those other creatures, decide which actions it should take to achieve some kinds of goals. The combination of those two things made Riff a pretty natural fit for me because the main difference is now that we’re modeling the behaviors of people using machine learning, rather than modeling the behaviors of agents using machine learning.”

What was your inspiration for teaching at New College?

“I came to New College with a very idealistic purpose,” Doucette said. “My own interests had always been towards understanding the mind, and coincidentally I had ended up focusing my studies on Computer Science rather than originally philosophy and neuroscience. I was amazed by the opportunities in Computer Science.”

Doucette described the extensive experiences available to him within the diverse and active field of Computer Science and his intention to share that recognition of possibility and success among non-Computer Science students.

“I feel like I had a sort of moral obligation to share my skill set which most of my peers did not do when they graduated,” Doucette said. “And specifically to share [technical skills] in the places where I thought where it could give people the greatest improvement and opportunities. I perceived that to be environments where people are idealistic and curious, but maybe not likely to realize how much technical skills could open their world.”

What were your favorite parts about teaching at New College?

“My favorite part about teaching was the personal satisfaction of working with students,” Doucette said. “Not just the impact, but it’s also the personal mentorship relationship you can get here as compared to many other places. It’s nice to know the names of my students and to know what’s going on in their lives and watch them grow and mature and learn all about exciting stuff and send them off to do exciting things later.”

Along with relating experiences with students, Doucette noted the pleasant experience with his teaching peers.

“I really liked my colleagues,” Doucette said. “My colleagues were all people who I understood and respected and really easy and pleasant to work with.”

“My least favorite thing about New College was the people I couldn’t help,” Doucette said. “Sometimes that’s people who have external life circumstances where continuing at the college would be hard, sometimes that’s people who have just really bad experiences at the college for one reason or another. For students who are struggling now I think one thing that’s important is that you should not be alone. Sometimes people are alone, but they should not be alone in the sense that everyone should at least have an advisor at the college with whom they have a relationship of mutual respect and trust and as long as they have that, that person can do a lot to help them; maybe much more than they realize. That person can often lean on administrative issues, or provide guidance that can resolve problems that otherwise seem untenable. They can help you provide for the future in a big way.”

What were your favorite parts of the New College culture?

“Something I admire greatly about the New College culture is the strong sense of curiosity that permeates the place,” Doucette said. “I think it’s fairly easy to lose sight of that while you’re here but there’s something very pleasant about being around people who are mostly here because they are curious about the world and they want to understand something and they have a deep need to understand something. I also like the culture of being willing to try hard things and having them not work. I think that’s a valuable culture to have.”

… and least favorite parts of the New College culture?

“There are times when people feel socially ostracized at the college,” Doucette said. “Sometimes that may be because of stress and workload, or social environments or the nature or the dormitory situation, but regardless I think the sense of isolation and ostracization is definitely present and that probably the part of the culture that I least miss.”

Do you have any hopes for New College in ten years?

“I would like to see the school change the degree to which we prepare our students collectively to achieve impact when they graduate,” Doucette said. “I think that we have a lot of people that are greatly interested in achieving impact, and have ideals and curiosity and learn a lot but I think that many of the measurements we take suggest that our students have limited impact when they leave, and I think we can do better by them in that sense. It takes them longer life before they start having significant impact than at other places, and then I think it could if we prepared them more carefully we’d be doing them justice.I think the college has a fantastic potential. I think the edu program gives you a lot of means which curious people can learn.”