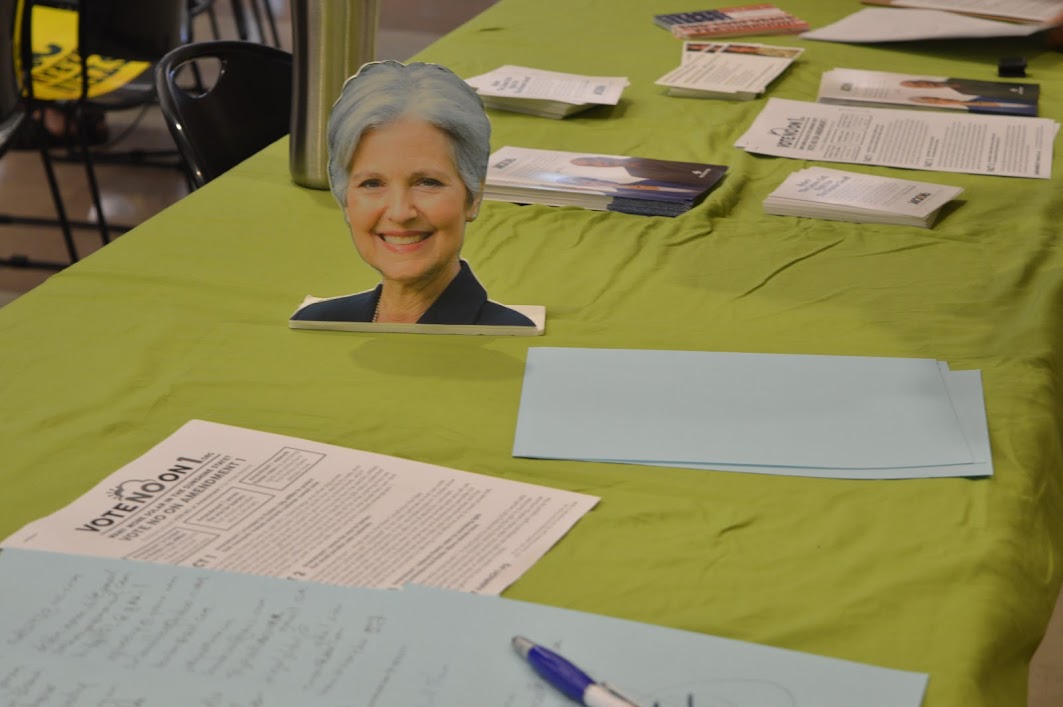 Phosphate mining, panthers and Donald Trump’s “Wall” were all topics of discussion at a Jill Stein event held at the Robert L. Taylor Community Center in Sarasota on Sept. 29.

The event began at 11:30 a.m. with a meet and greet which required a $26 donation. At 12 the event shifted rooms to be open to the community with guest speakers such as Andy Mele who discussed phosphate mining and how it is driving Florida panthers away.

Prior to Stein giving a speech Mark Manning spoke as an ex-Bernie Sanders campaigner. Manning began his speech by saying that shoes were distracting to him, a prospect that seems relatable to New College students. Manning then went on to discuss how he had transitioned from being a Democrat to a huge Green Party supporter.

Stein spoke then on topics from education reform to her participation via Facebook and Periscope in the recent Donald Trump and Hillary Clinton debate.

“So we say to Donald Trump, ‘We don’t need your wall. Let’s just stop invading other countries in the first place,’” Stein said.

Stein also answered questions from supporters on various subjects including the topic of the Green Party’s progress in local, state, and federal elections.

“We need to turn congress green just as bad as we need to turn the White House green,” one of Stein’s supporters, Fort Myers resident and rally attendee, Sean Declet commented during the question and answer session.

“I’ve known Jill Stein for quite some time, I got involved in her movement back in 2012 and I’ve sort of been following up on her since then and I think she is the right choice,” third-year transfer student Cesar Chavez said.

Second-year student Nika Sigua agreed. In a discussion on reactions to voting for third parties, Sigua said, “I would get roasted for Jill any day.”

Following her appearance in Sarasota, Stein left shortly after the event to head to Orlando where she was part of another event at 5 p.m. and from there she will continue her three day swing of the state of Florida on her presidential campaign trail.