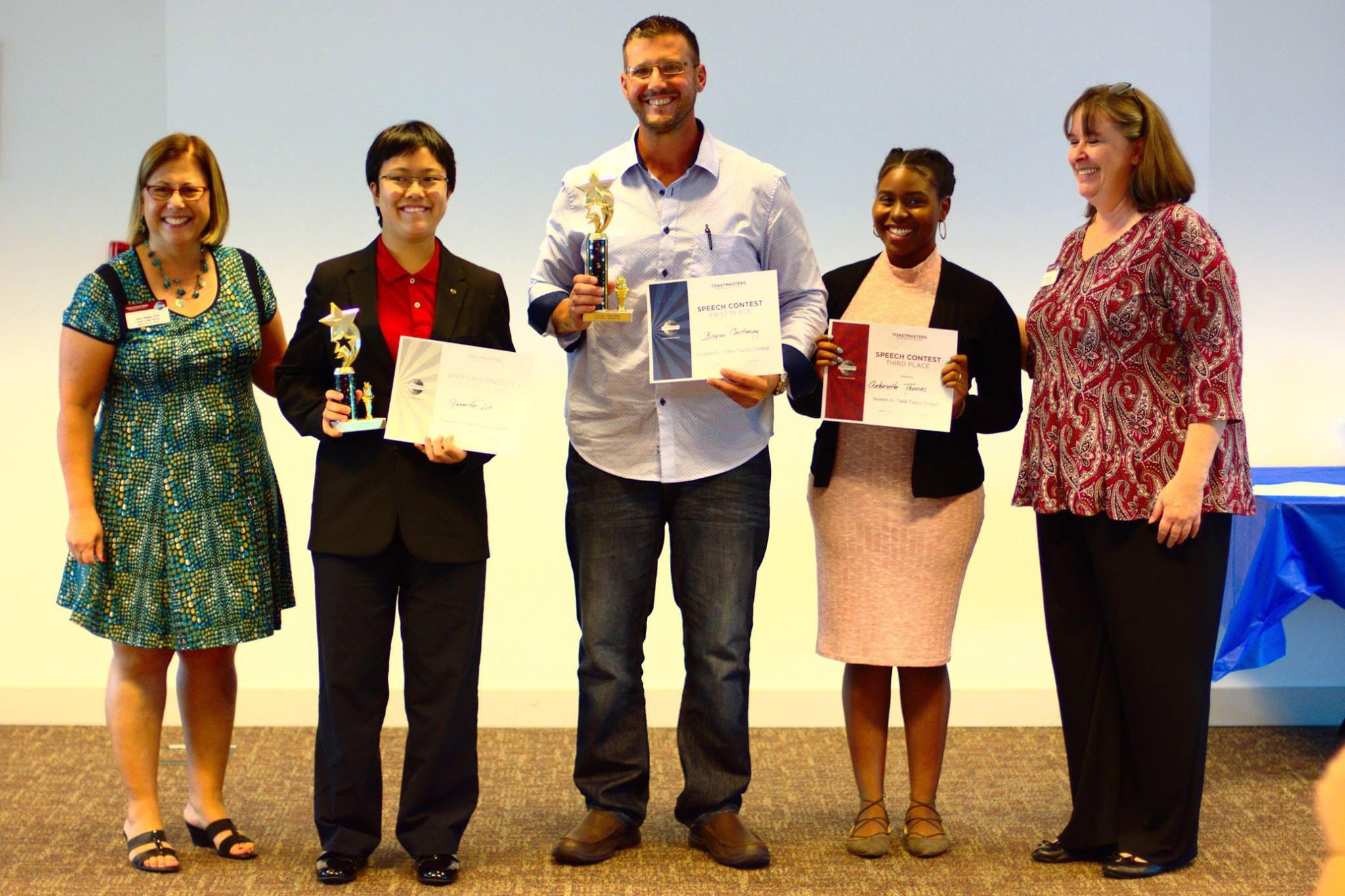 Table Topics is a challenging impromptu speaking contest. Contestants are given a topic as they step onto stage, which they do not have prior knowledge of, and are asked to give a coherent one-to-two minute speech with only about 10 seconds of preparation.

As Lin walked before an audience, she was told she had to speak to her greatest life lesson.

“My greatest life lesson was that you are beautiful, just the way you are,” Lin shared in an email interview. “I spoke about my past and present drive to seek socially acceptable goals, such as being the most popular by having the trendiest things […], but I gradually learned that fitting in does not make me stand out […]. I gradually learned that I am beautiful and respected just who I am and who I am is who I like myself to be.”

“I feel proud of myself,” Lin continued. “I had to win over the five clubs in my area and win over three area champions […] I have never ranked this high in my Toastmasters career and I really have to thank my club for their help and support in getting me to where I am today.”

Lin founded the Toastmasters chapter at New College during the first semester of her first year to provide an environment for students to develop communication and leadership skills. The campus club is one of the 16,400 clubs around the globe dedicated to Toastmasters International’s mission: to empower individuals to become more effective communicators and leaders.

Lin invites anyone interested in public speaking, leadership, communication and in having fun to stop by a meeting.

Information for this article was gathered from toastmasters.org