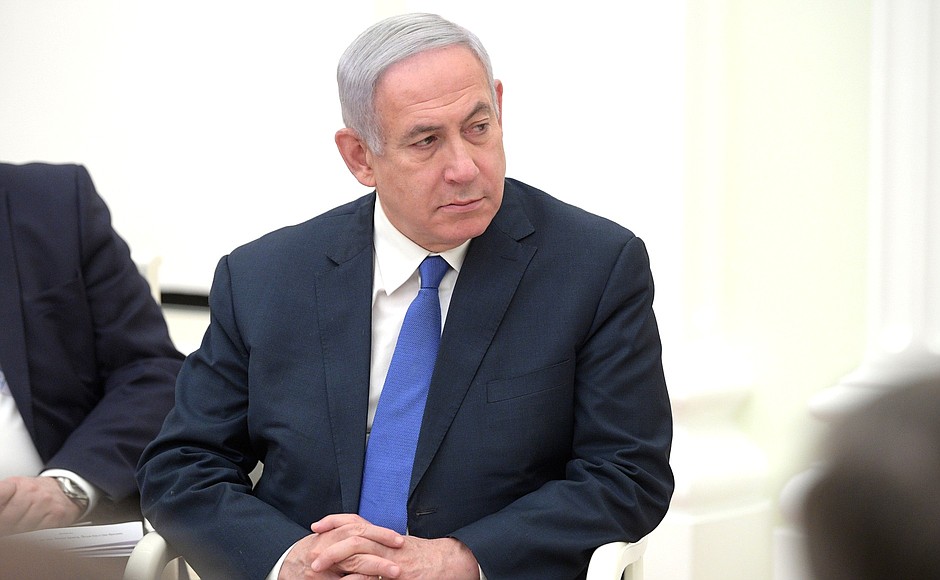 Photo courtesy of the Kremlin

Benjamin Netanyahu, Israel’s longest serving Prime Minister and current interim Prime Minister, was indicted on three corruption cases on Nov. 21, making him the first Israeli Prime Minister to be indicted in office. These charges come at a particularly complex time, as Israel’s parliament, the Knesset, is unable to secure a governing coalition, despite attempts by Netanyahu’s Likud party and its rival Blue-and-White party. This prolonged impotence of the Knesset would lead to an election on Dec. 11, the third one this year, forcing Netanyahu to fight his political and legal battles simultaneously.

The most serious of the three charges is that Netanyahu leveraged government favors to Shaul Elovitch, an Israeli telecommunications tycoon with a majority share of the Bezeq media corporation, in return for Elovitch promising positive coverage of Netanyahu on his Walla! news website. Bribery carries a maximum charge of ten years.

The two remaining cases are for breaching the public trust. In one instance, Netanyahu is alleged to have accepted over $200,000 in gifts like cigars and champagne from Hollywood mogul Arnon Milchan, in return for securing the billionaire a visa and supporting a law to give Milchan a tax break if he ever decided to re-immigrate to Israel. In the other case, Netanyahu is charged with sponsoring legislation that targeted the newspaper Israel Hayom, owned by U.S. billionaire Sheldon Adelson, in return for positive coverage by its popular competitor Yediot Acharonot.
Currently, the indictments seem to have had no impact on the political prospects for Likud as a whole. The most recent recent poll from the Maagar Mochot polling institute shows Likkud under Netanyahu actually gaining a seat in the Kenessit. Netanyahu continues to dismiss the indictments, labelling them as nothing but “witch hunts” in a Nov. 21 press conference.

Netanyahu, as of the legal consensus, is not compelled to step down in response to the indictment under Israeli law, unlike lower ministers. Netanyahu has vowed to not step down in response to the charges, a promise that frustrated the attempted unity government between Likud and Blue-and-White. Blue-and-White sought a rotating premiership between Netanyahu and Blue-and-White’s leader Benny Gantz, but mandated that Netanyahu was to step down if he were to face any indictments. Neither party budged, and the unity government fell through.

“As a long-time observer of Israeli politics, the two recent elections

(Apr. 2019 and Sept. 2019) illustrate the fragmentation of the parliamentary electorate,” Professor of Anthropology Uzi Baram said in an email interview.

While he is not forced to resign from his post as Prime Minister, Netanyahu is still in serious legal jeopardy. He may be forced to resign from the lower posts he holds in addition to Prime Minister, and his position does not inherently protect him from any of the criminal charges against him. Before Dec. 21, Netanyahu has the right to request Parliament grant him immunity from criminal trial, though the prospects of that passing in a divided government are questionable.

“The main obstacle to a unity government between Likud and Blue White is the indictment of Benjamin Netanyahu for corruption; unlike the USA, the political leader in Israel is subject to criminal investigations but Prime Minister Netanyahu is determined to hold onto his seat,” Professor Baram said. “So the political stalemate continues.”
Baram draws comparisons between Israel’s political complications and the troubles of other states in the region.

“The Palestinian Autonomy [sic] has not held elections since 2006,” Professor Baram said. “Even after the uprisings of the Arab Spring King Abdullah II still reigns in Amman, Bashar al-Assad holds on to power in Damascus, and Abdel Fattah el-Sisi replacing Hosni Mubarak kept the political status quo in Egypt.”

Information from this article was gathered from foxnews.com, israelhayom.com, jta.org and washingtonpost.com