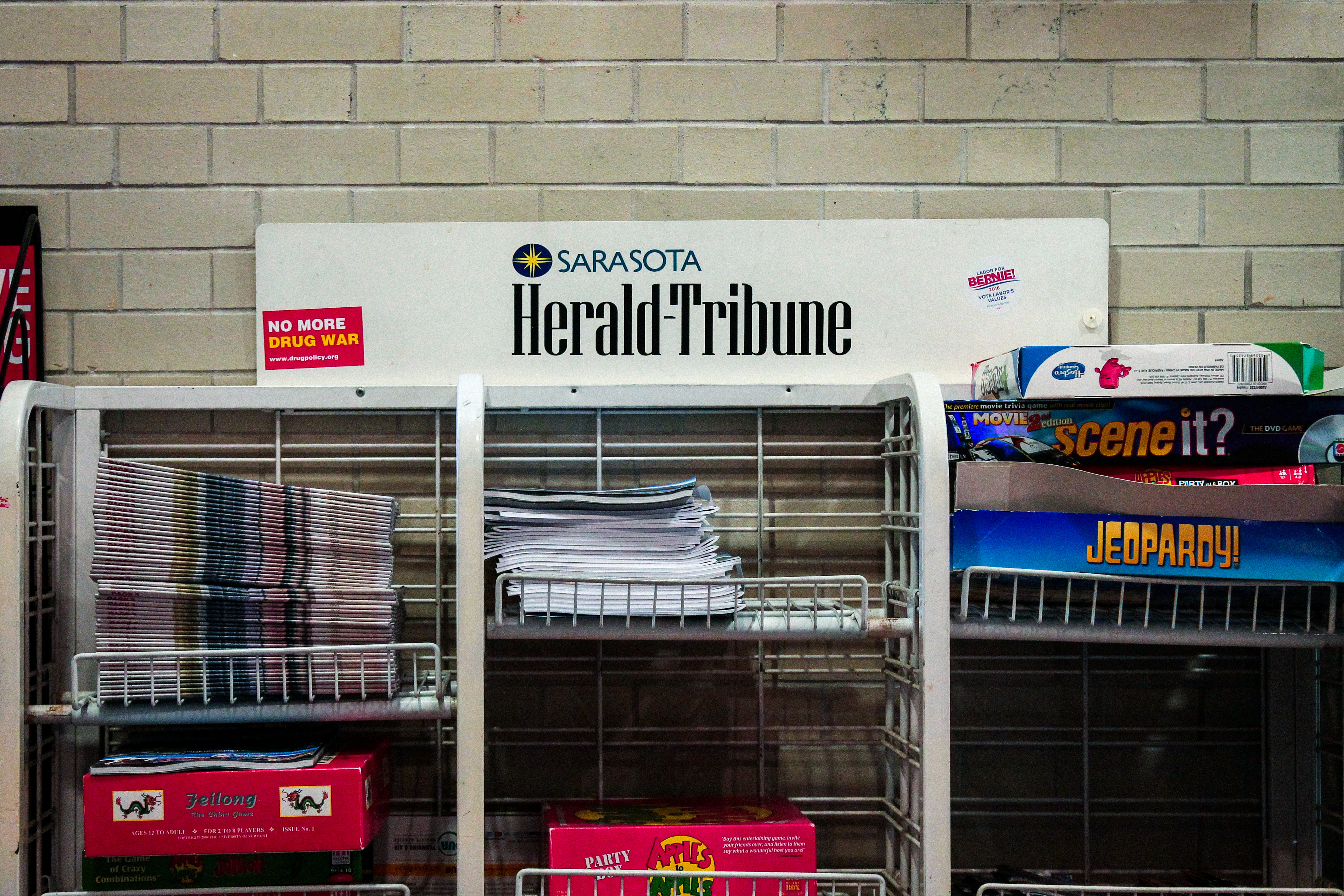 Sixteen percent – according to a 2015 Pew poll, that’s the number of United States citizens age 18-24 who read a daily newspaper. $3,000 – that’s the amount spent by the New College Student Alliance (NCSA) each year to furnish Hamilton “Ham” Center with free paper copies of the New York Times (NYT) and the Sarasota Herald-Tribune (SHT) every weekday. At the beginning of this year, where one used to be able to find stacks of these venerable publications, now reside approximately five copies of the board game Apples to Apples and a free weekly paper, the Sarasota Observer.

Adjunct Assistant Professor of Quantitative Methods Duff Cooper could often be seen scanning an open copy of the NYT during lunch hours at Ham.

“What happened to the newspapers? Why were they removed? Yes, I like [to] read the paper when I’m having lunch at Ham Center,” Cooper said. “I’ve noticed a lot of papers that were left over. Perhaps just scaling back the number of papers to help eliminate waste might work. But, I can certainly understand the issues involved.”

A budget line has existed to pay for the newspaper subscription since at least 2009, and in a 2015 announcement on the Forum, former NCSA Co-president Paige Pellaton stated that online access to the NYT would also be available to students. The passes enabled up to 20 students to view the newspaper online at one time.

The removal of the weekday newspaper was a decision made by the 2016-2017 NCSA cabinet. According to NCSA Chief of Staff (CoS) Katie Thurston, the NCSA budget was changed last year because cabinet members felt that the newspaper subscriptions were prohibitively expensive and did not have sufficient readership to justify the cost. Former NCSA Co-president Paul Loriston was a member of the cabinet that decided to cancel the subscriptions. Loriston said that the decision was motivated by pressure from the administration regarding the Activity and Service (A&S) fees used to fund the NCSA.

“Maintenance just ended up having to throw them away because they ended up spread out on the tables or the floor,” Thurston said.

“We had knowledge that the school may have to put pressure on the A&S fees by instituting an ‘overhead fee’ […] We arranged the budget around accommodate for this fee. This issue and process was brought up several times over spring semester at cabinet meetings through Cheikhou and my own updates,” Loriston said. “Cutting the NYT subscription was one of the ways we made room for the potential fee. The proposal to cut the NYT and Herald-Tribune justified itself to us because of the easy access to the online publications that our institution has–particularly the New York Times. We presented the itemized budget proposal to the SAC. Later, this proposal was approved by the Towne Meeting.”

Despite the financial reality of the NCSA’s budget and the apparently low readership of newspapers among college-aged people, some still lamented the loss of easy access to the paper during breakfast, lunch or dinner.

Associate Professor of History Brendan Goff qualified that his appreciation for print news was not based simply in nostalgia.

“There’s something important that’s lost when the material nature of reading the newspaper is lost. The feel of the paper on the fingertips, the sound of the paper as it flaps during the turn of a page, the eyes rolling across a whole array of news items, images, ads, whatever,” Goff said. “There’s a serendipity to where the eye goes and doesn’t go that defies the hyper-specialization that occurs with today’s online experience, which has become so tailored for each reader through surveillance of their browsing history that we all end up becoming more and more pigeonholed.”

The free weekly newspaper that has replaced the NYT and the SHT, the Sarasota Observer, features local news and allots generous space in it pages for advertisements hawking grand beachfront villas and cosmetic dental services. The Observer did not respond to requests for comment on their distribution to New College of Florida (NCF), and it’s unclear who arranged for the paper to be delivered here. Currently, any attempt to log into the NYT online access provided by the NCSA greets the user with a message stating that “The NYTimes Passes provided by your school are all in use.”