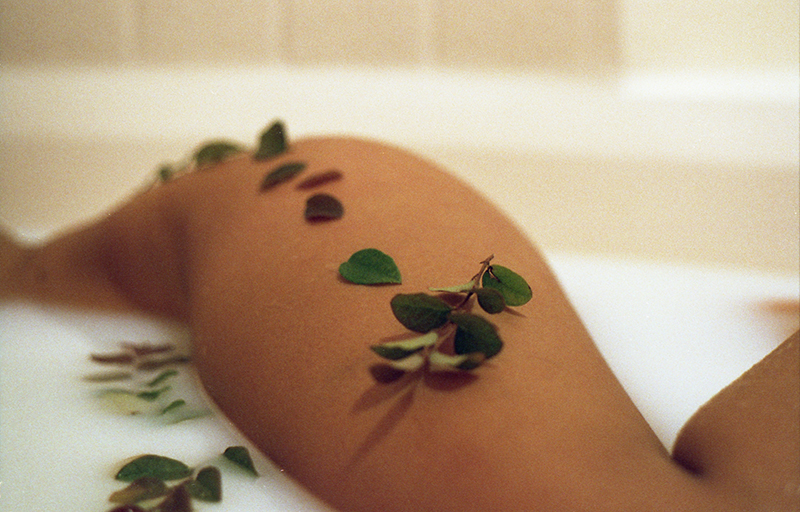 Up until the summer of your third year at New College, the thesis project seems something of a myth, the final undergraduate proposal of knowledge. Even when you’re an underclassman and have friends that are thesis students—you don’t really know what their doing or how they are getting their work done.

As a soon to be graduate, I feel like there are a couple tips and tricks that I’ve learned.

I’ve found that the friends and teachers I’ve met along the way would repeat the same thing– following your creative hunches, your gut intuitions and inner guidance. Putting yourself out there to make an analysis about subjects no matter how deviant, weird, taboo or outlandish is a good idea. It’s dreamers that push the boundaries of what is known, it’s dreamers that create new technologies and reveal insights. So be a dreamer and think big.

Images from Body with a Heart-Shaped Face, a thesis installation by thesis-student Bree Nieves.

You have a great idea but it seems to be out of your discipline. You need funding. No matter what it is, the first step is to take it day by day and set actionable goals. Small goals are the building blocks to larger success. Don’t fear being self directed and don’t fear the road getting lonely. First follow your hunch, then your tribe will follow. Don’t be afraid to fail big. You can’t finesse the thesis without failing big in some areas, so don’t worry when things go wrong. The things that have gone wrong in my work have always led me (somehow) closer to the work I had been really wanting to accomplish.

The writer’s thesis was displayed in the Black Box Theater on Friday, March 30.

Other thesis students with alternate projects share advice on how they got to where they are now.

“I wanted to write my thesis about Gathering of the Juggalos since my first year. I knew it was a rich subculture full of symbolism and the empowerment of lower class identity, two things I love. Professor Zabriskie was on board, and thus my thesis was born. She also helped me develop my special AOC in Media and Cultural studies. Doing my own specialized AOC has allowed me to approach the topic from a number of disciplines.  If what you want to do is academically genuine, you can do a lot here. Use CAA funding. My thesis has been really fulfilling getting to do exactly what I want and discussing something I find interesting and important.”

“Long story short I was hella frustrated my second year after consistently there were no roles available for poc at ncf theater, so I decided to adapt Spanish short stories by Puerto Rican women into a Spanglish one act play to reflect my own reality and world of women I was exposed to growing up. My thesis sponsor thought it would be a good idea to incorporated a live production of the play as a creative performance component of my thesis, since it’s relative to the realm of decolonial literary and social theory I’m applying to novels by Dominican writers Junot Diaz and Rita Indiana. As a literature student I was happy to put decolonial theory into live practice through directing a theatrical production instead of solely analyzing texts for my thesis project. What began as a frustration transformed into a way to finesse combining my passion for performance and prose.”

“So for my thesis I’m creating a video game in VR called Flowers for Dan dan. The game tasks the player with creating a digital memorial for their dying dog. To talk to the characters in the game the player has to use their voice. It’s sort of like an interactive play. I’ll also be doing research on the game (By the way – I can’t really publicly comment on what the intention of the research is at this moment, because the actual research hasn’t started yet.) When I first pitched the idea of creating a game to the computer science faculty I got hesitation from them because they weren’t sure how it would progress the state of computer science forward (i.e by having some sort of research research). Things weren’t really looking good for it, until Professor John Doucette came along and started actually pitching ideas for research that I could do on the game I already wanted to make. I think he saw that my primary intentions were to just make a game, and so the ideas he offered were non obtrusive ideas for research that could simply be tacked on to the game, rather than ideas that would completely redirect the development process. I ended up changing the direction of the research away from his original suggestion, but his suggestions were instrumental in crafting this thesis into something that would simultaneously allow me to work on the project I want to work on full time, and something that functions as a valuable research based thesis.”