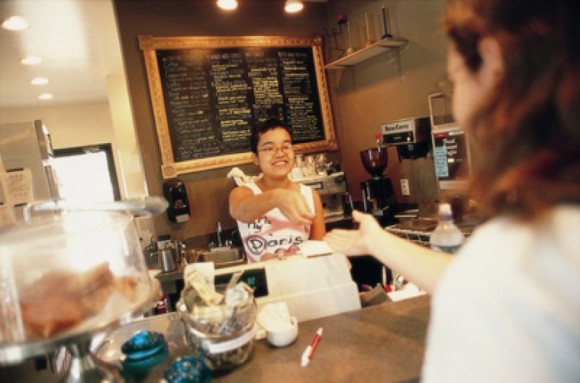 The Four Winds Café began as an Independent Study Project.

January Interterm is just around the corner and soon New College Students will be harried with work for their Independent Study Projects (ISPs).  First-years are no doubt apprehensive and excited for their first foray into independent research.

ISPs are rooted in New College’s educational philosophy and designed to let students learn how to study independently, explore subjects not in New College’s curriculum, find untraditional methods of learning or study a particular subject in depth. Students can study alone or join a group ISP. All students must submit a description of their ISP to the registrar’s office by December 1st.

Some group ISPs offered this year include an ISP about teaching. In this ISP novocollegians would have the opportunity to observe classes taught at Saint Stephen’s Episcopal School. Saint Stephens Episcopal School teaches students from Pre-K to 12th grade and is open to letting NCF students sit in on classes of any grade level or subject matter. Students completing the ISP will meet with teachers and administrators of the school to discuss opportunities and innovations in education. They can also design their own lesson plans, teach a class and ultimately learn what characterizes successful teaching.

An ISP focused on the films of the Holocaust will be taught by Professor of German Language and Literature Glenn Cuomo and Dr. Ernestine Bradley, a renowned Holocaust scholar who will visit in January. Students can participate in the First-Year Book ISP and determine the book that the members of the class of 2011 read before they grace NCF’s fabled grounds. For the Climate Action Ground ISP students can calculate NCF’s carbon footprint — helping the school to evaluate and reduce its energy consumption.

For individual ISPs, students must first find an ISP sponsor before they can plan their ISP in detail. Provost Charlene Callahan recommends that students talk with their advisor for initial guidance in the ISP process — student’s advisors can recommend sponsors for ISPs and tell their advisees how feasible their tentative ISP ideas are.  Furthermore she said, “When students first talk to their sponsor they should have a pitch and show that they will work hard and be engaged in their ISP endeavor.”  Callahan encourages students to do the legwork for their ISP before winter break so that when they get back on campus in January they can hit the ground running.

To have a satisfactory ISP, Professor of Philosophy Aron Edidin said, “The biggest key to success is working carefully, planning with a sponsor and scheduling well.” He warns against ISPs that only have reading and writing components and believes it best to incorporate artistic or discussion components into such projects. He further said, “I encourage my students not to do a longer essay and instead do reading responses every day, a retrospective response at the end of each week and then a retrospective essay at the end of the month.”

The Catalyst asked Callahan to describe past ISPs that have struck her as successful and unique. She said that for one ISP a group of students refrained from speaking to each other while camped out in the woods. They kept journal entries of the ordeal and said that it was experiential learning. For another ISP, a student became scuba certified and linked this process to neurophysiology. Another student taught a third grade class in a local elementary school how to plant and tend for an organic garden. She connected this to the study of botany and handed in a photographic essay and report interviewing the third graders about the experience as her final project. Callahan described this ISP, saying, “It was more of a holistic project where it wasn’t just a paper or wasn’t just a gardening project. It documented what she did with the students. I would like to see that type of ISP more often.”

An ISP booklet was posted online this past Tuesday to guide students through the ISP process. It lists group ISPs and has detailed descriptions of professors interests and ISP expectations to help students choose a sponsor. In past years the booklet has been printed out and spiral bound, but this year administrators chose to post it online — cutting costs and saving trees.   Students can find ISP forms in the registrar’s office.