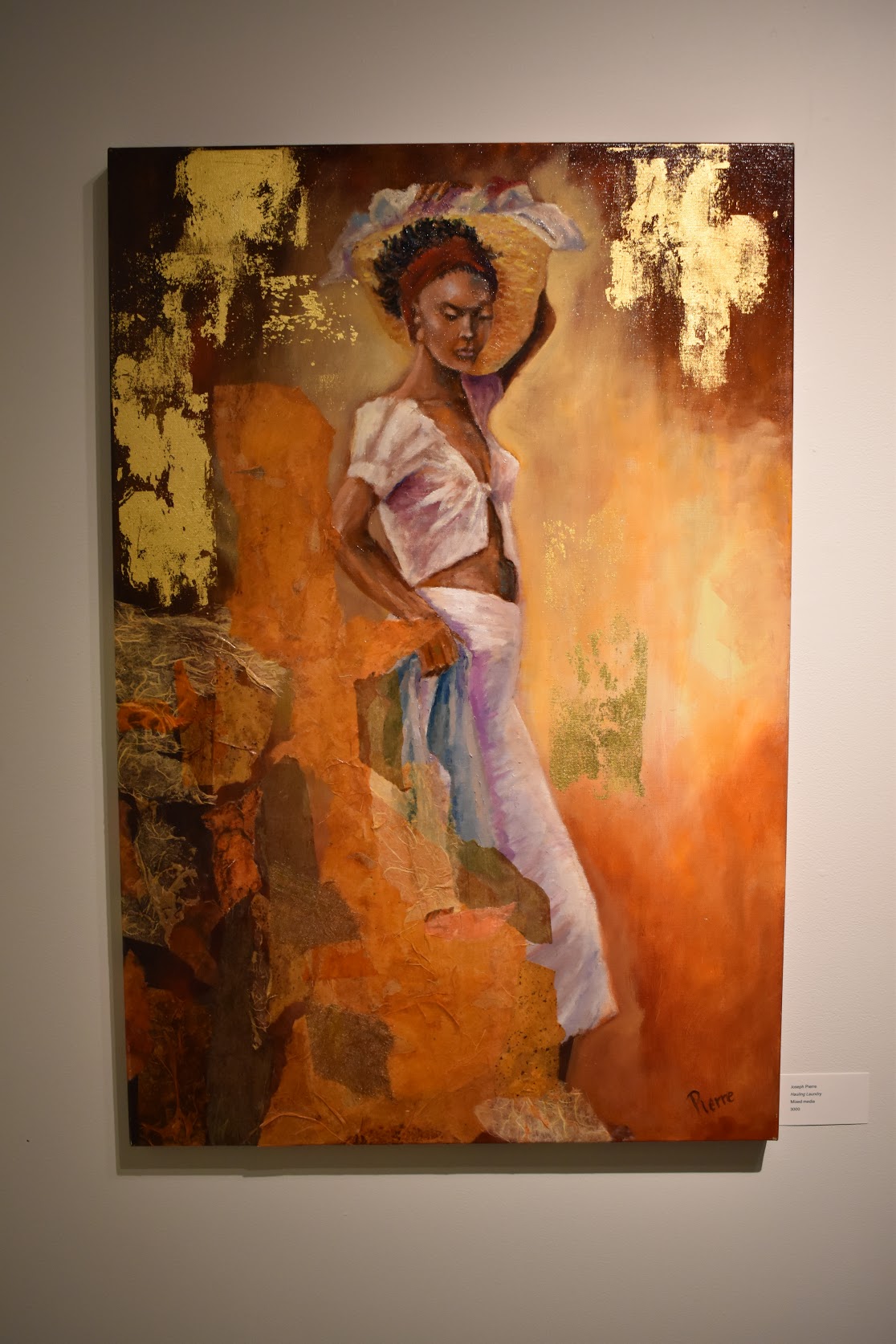 Art is at the center of every community, bringing people together in ways they may not have ever imagined and opening endless possibilities of creativity and collaboration for all involved. The members of Art Center Sarasota, a local organization which provides the Sarasota community with educational programs and free seasonal exhibitions, have always made this belief a key component of the center’s core mission statement.

“While the gallery is important to display the works of local artists, one-man shows and traveling exhibitions, there is a social aspect of the association that bears heavy fruit,” Art Center Sarasota’s website states, echoing the official philosophy of the center in the 1960s, around 40 years after the establishment of the organization in 1926. “It is a meeting place for all who are interested in the many phases of art; it is a place to make friends and see what is going on in Sarasota.”

Incandescence, Interplay, and Black Muse, three of the center’s ongoing gallery exhibitions, all exemplify this social aspect of art perfectly. Incandescence and Interplay, by New College Professors of Art Kim Anderson and Ryan Busyessens, respectively, are interactive in nature, encouraging the viewer to play a direct role in the way the art appears in that very moment. Anderson’s Incandescence exhibition makes use of handcrafted stereo viewers, devices that allow the user to look at two separate but identical or near-identical images and view them as one single three-dimensional image.

“They physically create a different viewing experience for the audience, while bringing the audience into the work as active participants,” Anderson said. “This becomes almost performative on a certain level, especially when you have a room full of participants. Despite being a centuries old technology, they also work to replicate a kind of screen experience that is so ubiquitous today.”

Along with highlighting performativity and modern screen obsessions, much of Anderson’s artwork, including pieces such as Painting Painting and Still Life in Stereo, makes use of found objects which she recontextualizes to impart new life and meaning. Even if she will never know the full histories of her thrift store finds, she uses the items and the feelings they evoke as starting points to construct her own narratives.

“For me found objects operate like archaeological relics of our time,” Anderson explained. “They say a lot about our social mores, codes and systems that we navigate daily. Even the most seemingly banal object is loaded with meaning.”

Buyssens’ work in Interplay, which he tentatively describes as “an experimental approach to human-computer interaction,” equally relies on the participation of the observer, each piece reacting to the movement and touch of the viewer in different and sometimes unexpected ways. While the wings in Resistance flap faster as the viewer approaches, the true meaning of Outlook becomes obscured and eventually fully invisible as the observer walks away.

“What drove me to make the work interactive was a curiosity in how people would react when something reacted to them,” Buyssens said. “I believe that my work connects with people, it becomes alive when they’re viewing it. It creates situations that allow people to respond and immerse themselves. People become participants with my work–part of it. My art is incomplete without people.”

Black Muse, a group exhibition put on by member artists of the Association for the Study of African-American Life and History (ASALH), does not center the same sort of direct, physical interaction with art. The sociality of this exhibition lies instead in the shared history and identity of the artists along with the connection that these artists have to their community. The vision and mission of Black Muse, as explained by curator Michéle Des Verney Redwine during Art Center Sarasota’s artist talk event, is to bring art by African Americans to the forefront of the Sarasota art world. Along with the exhibition, ASALH has facilitated five of the Black Muse artists to visit and speak at local high schools, an act that will broaden the reach of these artists and help educate Sarasota’s youth during this ongoing Black History Month.

Although Black Muse artists all draw inspiration from different aspects of their lives and experiences, Black history and culture is always at the forefront. Joseph Pierre, who contributed two of his works (Hauling Laundry and Sowin the Right Seeds) to the exhibition, aims to depict the most difficult aspects of Black life.

“I wanted to show color and warmth… Sowing seeds of goodwill, strong backbone, honesty, sincerity,” Pierre said. “All of those qualities we do not see in our government today.”

Similarly, photographer Ron Mason uses his art to reflect some of the darkest days of his ancestors’ lives. His piece from the same exhibition last year, Bridge of Sighs, captured the image of a small bridge, one which connected the mainland of Louisiana’s Magnolia Plantation to a small island that served as an “oasis” for slave masters.

“I started thinking about the ancestors who wondered, through sighs, about what was on the other side of that bridge,” Mason explained.

Trustworthy, one of Mason’s pieces that hangs in this year’s exhibition, directly contradicts Bridge of Sighs through its imagery of autonomy and reliability. For this work, Mason drew on the history of the seafaring Norwegians, a group who had to trust the sturdy build of the wooden vehicles that their livelihoods depended upon, but who also had freedom over their own actions and course of travel.

“Those ancestors wished they had that life of freedom,” Mason said.

Through Incandescence, Interplay and Black Muse, artists show the power of their work in creating new visual experiences, forging meaningful connections between art and the viewer and strengthening local community. These exhibitions fulfill Art Center Sarasota’s mission statement by existing as locations in which people are able to communicate, learn and create unique shared experiences.

“If people want to say that art is dead, please educate them,” Redwine said, concluding the Black Muse artist talk. “When you look at this art, there is a life force within that work because the artist put it there.”

Incandescence, Interplay and Black Muse will be on display at Art Center Sarasota until Mar. 6. Admission to the center is free, but donations are appreciated.

Information for this article was gathered from artsarasota.org.