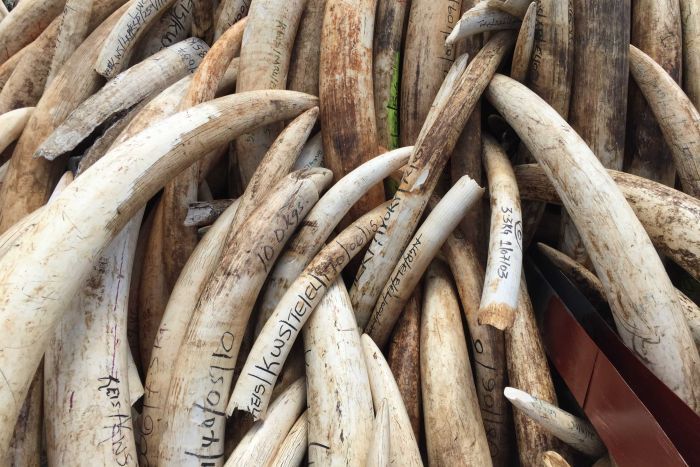 “Selling a threatened animal’s life to raise money for ‘conservation’ is like selling a child on the black market to raise money to fight child molestation,” the People for the Ethical Treatment of Animals (PETA) concluded in a statement against the Trump Administration’s decision to lift the Obama-era ban on the importation of elephant trophies.

U.S. Fish and Wildlife Service (FWC) announced their decision at a conference co-hosted by Tanzania and Safari Club International (SCI), an organization of hunters. The advisory conference–deceptively named the International Wildlife Conservation Council–enables trophy hunters to exercises their influence over the laws set in place to regulate them. Though in the SCI’s mission statement they state that promoting wildlife conservation is one of their areas of focus, it is clear that their other interest, that of “protecting hunters’ rights” is their main objective.

The FWC’s decision was added to the Federal Register days after the FWC’s announcement at the conference.

“Legal, well-regulated sport hunting as part of a sound management program can benefit certain species by providing incentives to local communities to conserve those species and by putting much-needed revenue back into conservation,” a spokesperson for FWC told multiple news sources including National Public Radio (NPR) and Slate. “The U.S. Fish and Wildlife Service has determined that the hunting and management programs for African elephants in Zimbabwe and Zambia will enhance the survival of the species in the wild.”

They are “ignoring the copious science that trophy hunting undermines the conservation of threatened and endangered species,” Wayne Pacell, president and CEO of The Humane Society of the United States, said on his blog.

Despite the FWC being aware of the “poaching crisis facing Zimbabwe,” in their statement added to the Federal Register wrote, “the Service is able to make a determination that the killing of trophy animals in Zimbabwe, on or after January 21, 2016, and on or before December 31, 2018, will enhance the survival of the African elephant.”

The FWC, in conjunction with the SCI, thereby agreed that Zimbabwe was able to monitor trophy hunting sustainably under military control, since that was what was happening at the time of the announcement: former President Robert Mugabe was kept under house arrest by a military coup. Elly Pepper, the Deputy Director of the Natural Resources Defense Council, found it “perplexing” that the Trump Administration could find that Zimbabwe is successfully managing its elephant population amongst political upheaval.

In 2015 “The Obama Administration reasoned that the fact that Zimbabwe’s elephant population had declined from 84,416 in 2007 to 47,366 in 2013 showed the country had failed to successfully manage its elephants,” Pepper said. “Further, Zimbabwe didn’t demonstrate any ability to protect its elephants—its management plan was outdated and failed to detail how it would implement elephant conservation goals—not to mention the country’s laws and regulations regarding elephants; Zimbabwe’s government provided little support for elephant conservation; and Zimbabwe failed to provide data showing how trophy hunting revenue actually benefits local communities and elephants.”

Amid an uproar across the nation, President Donald Trump tweeted he will put the decision to lift the Obama-era ban on the importation of elephant trophies from unstable countries on hold, stating trophy hunting as a “horror show” and that he does not support it. But the fight is far from over. Trump’s “hold” on the lifting of the ban is not a complete rejection of it.

The attempt to lift the ban is just one more example of the leniency government officials have to quietly realize their desires into existence within the Trump administration.

“Why is the U.S. Fish and Wildlife Service—a government agency—attending conferences hosted by a special interest group on taxpayer dollars and announcing policy changes that it hasn’t made public?” Pepper said. “That’s a stumper for sure.”

It’s no stumper—it is part of a growing initiative to push for the trophy hunting of endangered species by the Trump-era FWC.

Just two years after African lions were labeled as threatened and endangered, U.S. wildlife officials have begun accepting permit applications for the importation of lion trophies. The lion population has decreased 43 percent in the last 21 years and is extinct in seven African countries, according to the African Wildlife Association.

The International Union for the Conservation of Nature estimates an average of 600 lions are legally killed each year.

“Over the last decade, there have been numerous attempts at establishing a continent-wide population and these studies vary between 20,000 and 35,000 animals,” Blood Lions, a campaign against canned hunting and the exploitation of lions, said on their website.

This adds up to a three percent loss of population each year that doesn’t include natural deaths, poaching and livestock protection. Despite supporters of trophy hunting claiming the sport could encourage local communities to conserve and grow their vulnerable species populations, the rate of legal killing is unsustainable.

The Great Elephant Consensus concluded in 2014 that the African elephant population was down 30 percent in seven years. A keystone species to the continent’s forests and savannahs, their lives are more important than the monetary value of the ivory from their tusks, estimated at $21,000.

Information gathered from NPR and slate.com