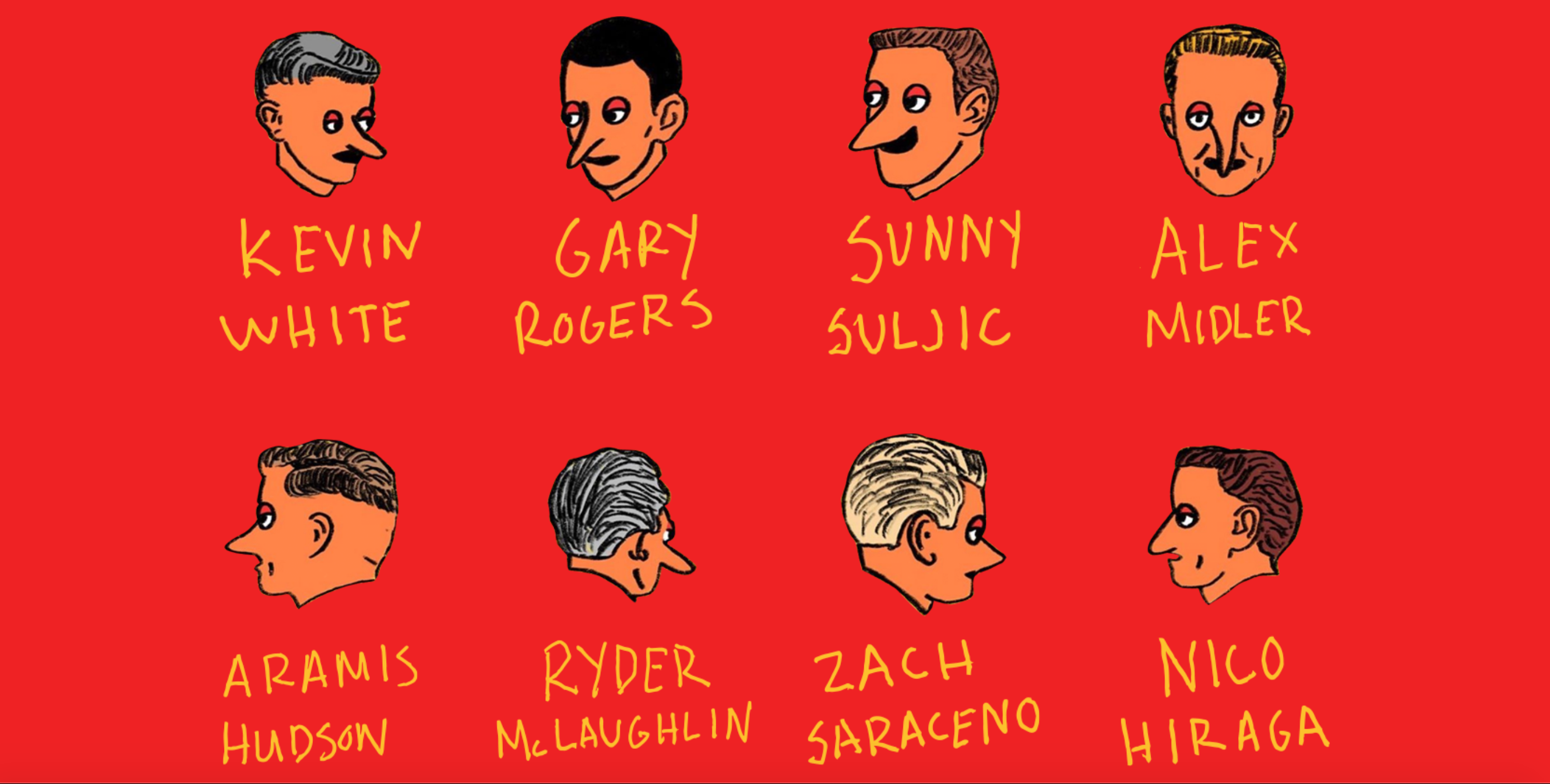 Core Members of the Illegal Civilization crew as they are displayed on the collective's official website.

Mikey Alfred’s directorial debut North Hollywood has been a long time coming. The new feature comes from the minds of Alfred and the other members of the skateboarding and art collective Illegal Civilization. From start to finish, I was completely sucked into the world of North Hollywood. Everything about the movie dragged me in, from the stellar soundtrack, to the incredibly entertaining dialogue and performances. The film centers around Michael, played by Ryder McLaughlin, a teenager fresh out of high school whose dream is to become a pro skater, but his father does not support his dream. The majority of the film is centered around Michael’s relationships, both with family and friends, as well as how he handles himself and his skateboarding in the context of these bonds.

Alfred founded this collective when he was only 12 years old, in 2008. The beginnings of the group were modest, starting with Alfred and his friends filming each other skating and handing T-shirts out around North Hollywood. About three years after the group had officially formed, Alfred was introduced to rapper Tyler, the Creator, through mutual friend and fellow member of Illegal Civ Na-Kel Smith, which led to Alfred becoming the hip-hop collective Odd Future’s personal videographer. For years, Alfred went on tour with the members of the collective, and during this time handed out Illegal Civ skate video DVD’s and merchandise to fans at the shows. This was the way that the group first began to receive mainstream recognition.

The Illegal Civ family began to grow soon after this, both in collaborators and fans. The collective went on to film and produce two documentaries for Tyler, the Creator’s albums Wolf and Cherry Bomb. After years of producing their own short films and mini-series, the group dipped their toes in the mainstream feature film industry for their first time in 2018, by producing Jonah Hill’s film mid90s, another coming of age film with an emphasis on skateboarding. The film also starred several members of the collective.

Alfred’s passion project, North Hollywood, has finally been released this year, and, in my opinion, it was well worth the wait. The journey that Alfred and his friends have taken to get to this point is wholeheartedly unique, and totally inspirational, which comes across perfectly in the film. North Hollywood, to me, is a film that at its core is about passion.

The dialogue is so surprisingly natural, especially for a coming of age film. As a 19 year old, the target demographic for these kinds of coming of age films, I never truly feel like the dialogue reflects the way people my age actually talk these days. North Hollywood does not suffer from this problem. All the teenage characters sounded like my friends and I having a conversation together, and it made the film so much more relatable and enjoyable.

The performances also really added to the film’s relatability, specifically the three actors I want to point out are McLaughlin, Vince Vaughn and Aramis Hudson. McLaughlin’s portrayal of Michael is executed to such charismatic perfection that he remains likeable, even when his character isn’t on the best path. Vaughn plays Michael’s father, and he falls into the role of a difficult and critical father very well. The delivery of his lines during conversations with his son was so real that I felt like a bystander peering into real interactions.. Vaughn’s interpretation of a father who loves his son in the only way he knows how is really touching. Finally, Hudson’s character Adolf,  one of Michael’s closest friends in the film. Hudson is able to act through the highs and lows of an age-old friendship with ease. Hudson truly makes the audience believe he and Michael have known each other since they were children and it makes certain moments in the film so strong and emotional that I can’t put it into words. Hudson’s portrayal of a patient and loyal friend is a real tearjerker.

It would be a crime to finish this article without talking about the skateboarding featured in the film. Alfred and the rest of the cast and crew have never forgotten where they came from. The film makes heavy use of montages of the actors skating around the North Hollywood area, with some killer music playing in the background and interesting camera techniques. These portions of the film feel ripped straight from old Illegal Civ videos and it seems to me that this is the core message of the film.

Skateboarding is the passion, the drive behind the collective, and the film frequently tells the viewer that passions matter. Alfred and the team made a film that says that putting hard work into these endeavors is what matters in the end. It’s a film that makes me think about myself and my friends. It’s the first film I’ve seen in a long time that I truly didn’t want to end. Watch North Hollywood online on the Illegal Civilization website. Tickets are available on the website, now showing through May 7.