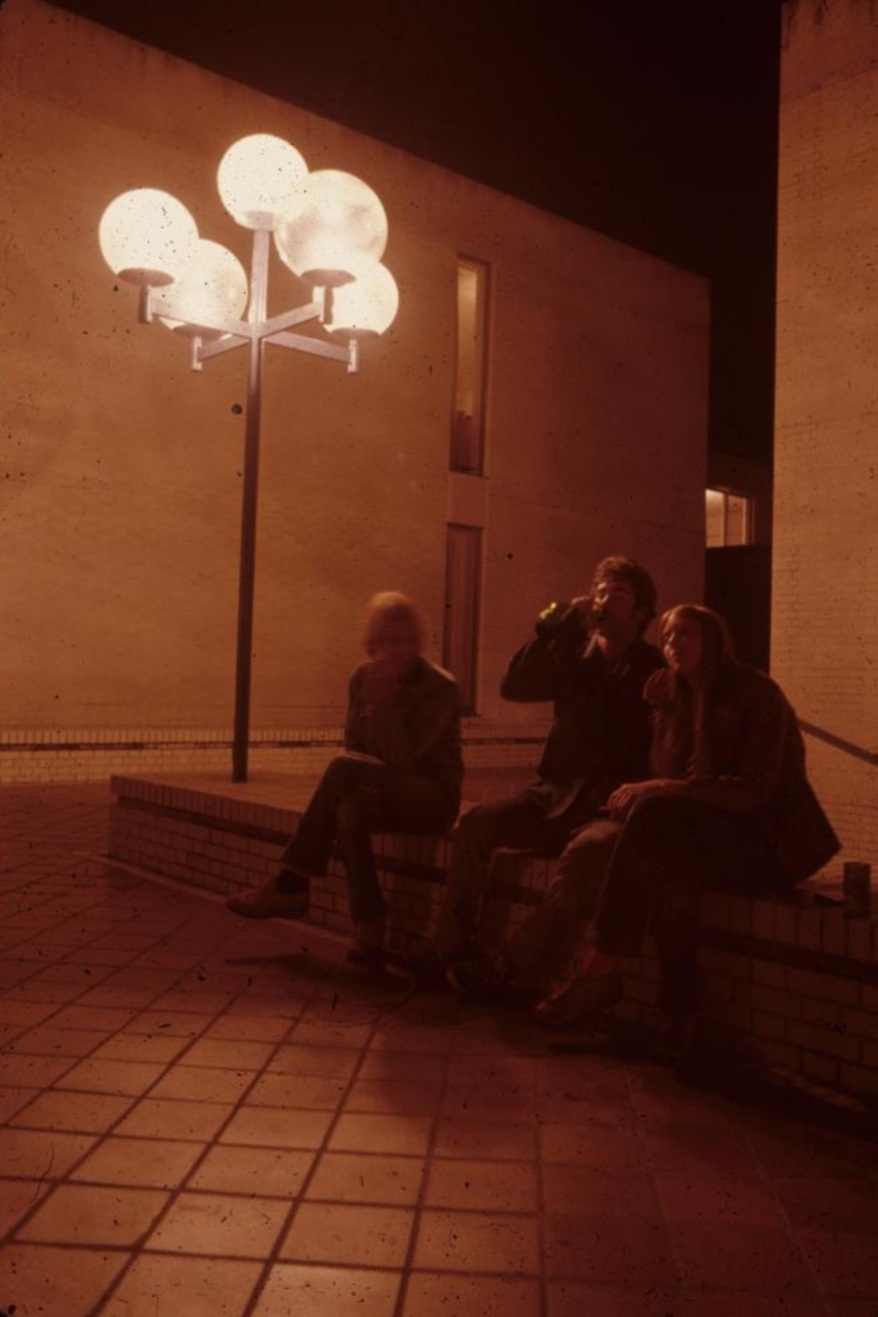 There’s a whole lot of rhythm goin’ ‘round. Or is there? Even prior to the onset of the COVID-19 pandemic, Walls—a New College tradition involving music and dancing, usually in Palm Court—have been a dying social event. Though, this is nothing new for New. Testimonies spanning decades recall from noise complaints (once reportedly from Longboat Key) to under-staffing, Walls have had a chronic history of being at risk of loss to institutional memory. Some alum recollections even describe entire years with the notable absence of Walls. However, in true New College spirit, students persist, fighting for their right to party. And, with the commencement of this semester’s theme submissions, Walls are still with us today despite a pandemic. For at least half of the student body, this will be their first semester to witness Walls.

Based on collected experience, the history of Walls can offer insights on what current students can expect them to be, the potential they offer, and how their legacies inform our own experience.

To begin, these weekly themed parties weren’t always themed. According to alum Trent Apple (’96), what made a Wall was the music. Which, contrary to our current customs of instant streaming, was no small feat.

“Imagine the loving construction of a carefully curated playlist in 1995, which had to be laboriously, physically copied from other media, one song at a time, onto a blank cassette tape, and then made hear-able only when paired with a cumbersome stereo lugged into Palm Court with a lengthy extension cord in tow,” Apple remarked about his Wall experience.

Joey Daniels (‘21) claimed that, in more recent years, “some of them were hit or miss.” When asked what made for a good Wall, he replied, “Good music, good vibes, only the best vibrations.”

Daniels went on to describe that whoever threw a Wall would collect money by going door-to-door on campus to fund unique additions to the scheduled theme. Some of Daniels’ favorite Wall themes included Scene Wall, Talking Heads – Stop Making Sense and No Cash Sucks Ass (NCSA).

“It doesn’t take a lot of people to have a good Wall. As long as people want to dance and they’re having a good time,” Daniels concluded. “Go hard. Go hard 100% of the time. You know, study hard and party harder. That’s the New College way.”

When asked about her favorite Wall themes, thesis-student Ella Rennekamp said, “I don’t remember the themes, but Water Wall was really really fun. There were pools, there were little kiddie pools in Palm Court and like water guns that people were handing out so it was just like a big water war. It felt like what Palm Court should be used for.”

James Shoemaker (’74) recalls how in 1971, the minimum legal drinking age was lowered in Florida to 18, which brought about the notorious and elusive presence of Wall punch, often “Purple Jesus,” a mixture of Everclear and Welch’s Grape Juice. Though inhibitions were undoubtedly lowered thanks to violet-hued concoctions, he and other alums described the atmosphere as cliquish.

Jara described Walls as the “central rite of New College social life.” Though hesitant of participating and not fond of the presence of Walls at the beginning of his New College career, he noted his decision to participate as life changing.

“The lessons I learned at walls were at least as important as the classes I took, and, in some ways, perhaps more so,” Jara said.

“I hope you are able to get Walls up and running again, or at least to find your own version of community celebration,” Apple remarked “Take advantage of your time and place. What you do together and for each other is important. Palm Court is, as every Novocollegian knows, the center of the universe.”