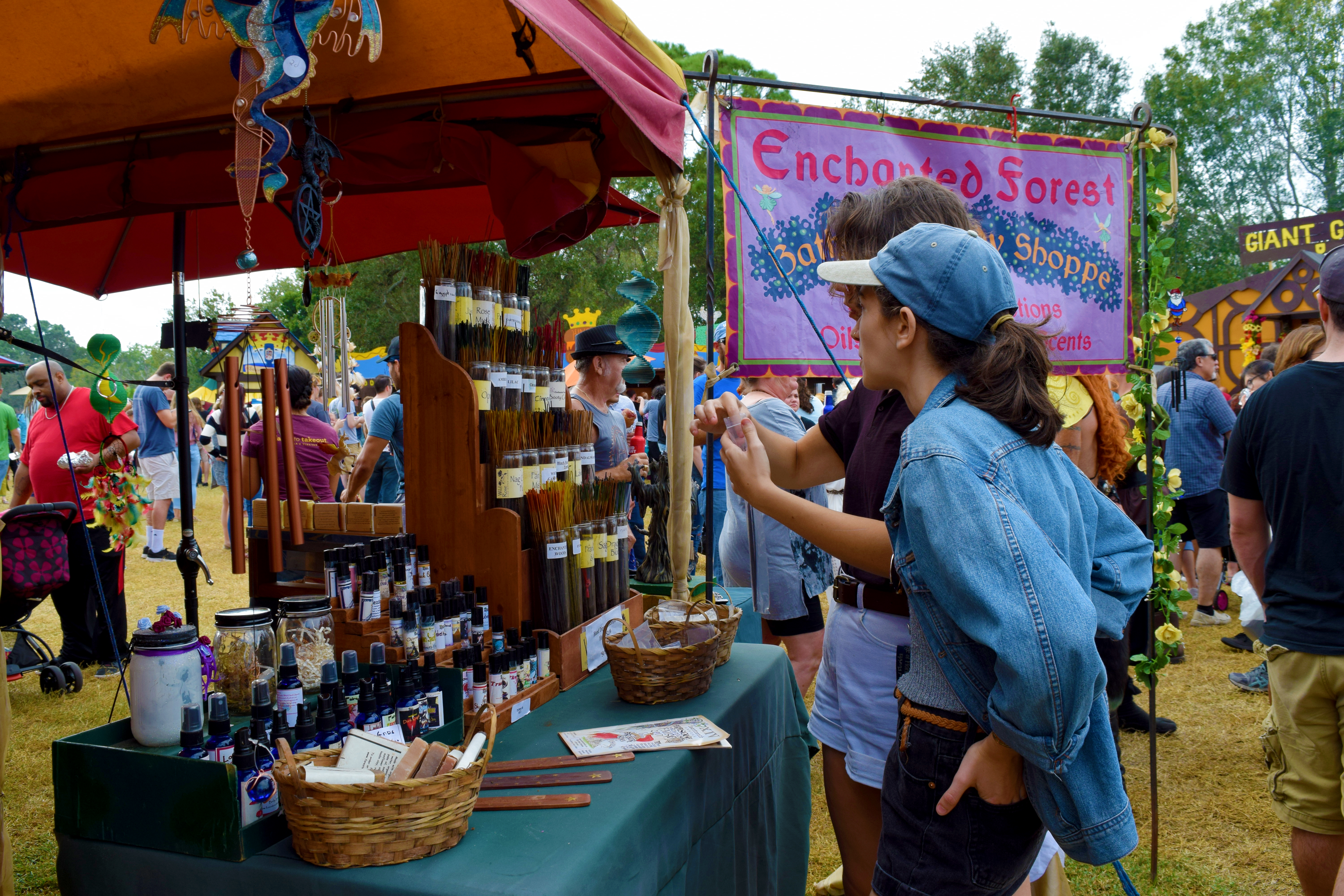 The lingering smell of turkey legs and the distant sound of “cheers” and “huzzahs” signaled the return of the 14th annual Sarasota Medieval Fair. Hundreds of visitors, including several students, filed into the dusty parking lots of the Sarasota Fairgrounds throughout the month of November to time travel back to what some see as a simpler time.

This year’s theme centered around the story and ancient British Legend of King Arthur who as a boy studied under a mysterious magician to prepare for a future “in which he would ally himself with the greatest knights, love a legendary queen and unite a country dedicated to chivalrous values,” according to the festival’s brochure.

A variety of fan-favorite shows and events returned to the fair for the three weekends of November, including the full-contact and full-armored jousting performance, human combat chess and the acrobatic group Acrobellum. The festival also recruited a handful of new events, like the wheel of death, an aerial contortion group Cirga Brava and an interactive comedian called the Renaissance Man.

The fair offers a discounted admission fee to students so there is a history of students attending the Sarasota Medieval Fair.

Thesis student Kira Thoenes attended the fair in past years and definitely recommends volunteering there for anyone interested.

“I did dress up in my own outfit, but they have costumes there that you can borrow if needed,” Thoenes said in an email interview. “I basically just helped set things up and entertained kids for a couple hours, and then I was free to walk around the festival. You get a little volunteer card and you can use it to get free admission every day of the festival, so it’s a good deal if you have the time to volunteer!”

Another student heard about the fair through a friend who used to volunteer there.

“My friend had tons of costume parts so we and four others dressed up to go,” first-year Emily Schenck said in an email interview. “We brought a little picnic for lunch, and I brought my violin to play for people while we were there. The absolute best part was getting to pay $4 to learn how to throw knives. I wasn’t any good at it but it did feel incredibly powerful, throwing real knives in full medieval garb. I think people should go if they like people-watching, playing dress-up, or just buying super weird things you can’t get anywhere else (I ended up getting a replica cloth pirate map for $10).”

Founded in 2005, the Sarasota Medieval Fair continues to bring the community together for an interactive and historical journey.

Information for this article was obtained from sarasotamedievalfair.com.