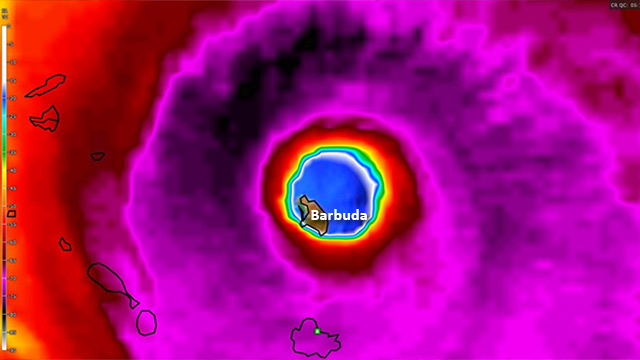 Barbuda was the first landmass to make contact with the monstrous Hurricane Irma and the entire island of 1,800 former inhabitants was evacuated–the first time in 300 years that Barbuda is completely empty. The country is comprised of the two namesake islands and several other smaller, minor islands. These Caribbean islands are some of the least well prepared for natural disasters and after getting hit with the full force of Irma, the results were brutal.

“A civilization that has existed on that island for over 300 years has now been extinguished,” Antigua and Barbuda’s U.S. Ambassador Ronald Sanders said of the catastrophic events in an article from USA Today.

Practically every building on Barbuda was destroyed or damaged in some way and it has been estimated by USA Today that it would cost up to $200 million in order to rebuild the island. Irma left about half of the population on the island homeless, without electricity and without good sources of clean water. Hence, the mass evacuation for safety.

The island of Antigua was far more fortunate, as they did not suffer nearly as much damage as their neighboring island. For this reason, the evacuees of Barbuda were sent to Antigua for refuge in shelters. However, now that the school season is starting up again, Antigua must find a way to accommodate an extra 500 school-aged children that evacuated from Barbuda before Irma struck.

“We know that these things have occurred as a result of the profligacy of the countries that are rich, and have abused the system. We, unfortunately, who contribute less than naught point naught percent of pollution of the world’s atmosphere, are the world’s greatest victims,” Ambassador Ronald Sanders said when speaking of climate change at large.