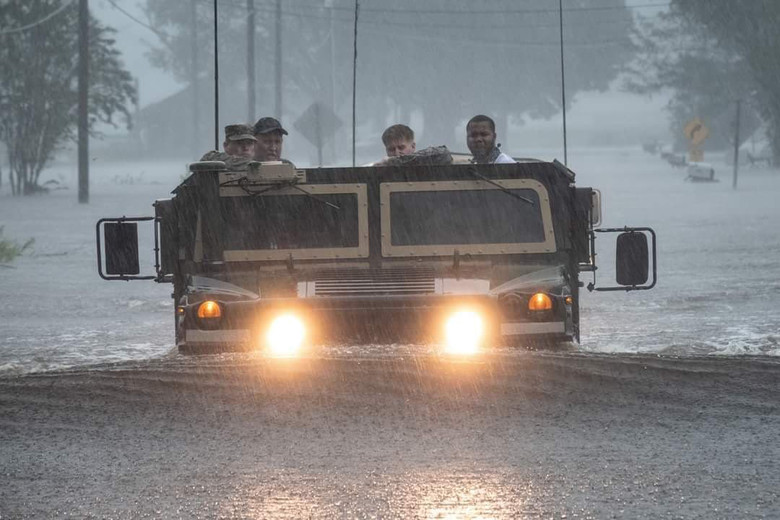 Hurricane Florence first touched down near Wrightsville Beach, N.C., with maximum sustained winds near 90 mph and movement at a rate of 6 mph. While Florence had dropped to a Category 1 storm by the time it reached landfall on Sept. 14, its slow-moving nature caused rainfall of up to 40 inches that resulted in disastrous flooding.

Residents who were unable to evacuate soon became stranded in homes, cars and on rooftops as floodwaters began to rise. Rescue services (first responders, volunteers and private citizens) did their best to help hundreds of people and animals throughout the first day. The death toll reports began to increase as various storm-related accidents occurred.

Florence dwindled to a tropical storm, moving at a rate of 3 mph westward into South Carolina, and then was projected to go northwest and northward through the Ohio Valley.

While North Carolina and Virginia evacuated state prisons in the forecasted path of Florence, South Carolina did not—and has not—since 1999.

“Previously, its been safer to stay in place with the inmates rather than move to another location,” Dexter Lee, a spokesperson for the South Carolina Department of Corrections, stated.

Even after the hurricane’s path cleared the area, the Carolinas saw more than a dozen rivers spilling over their banks, with signs of swelling waters and continued flooding creating even more harm for residents, farmers and businesses.

“People in flood-prone areas or near waterways need to remain alert as rivers crest and stay above their banks in coming days,” North Carolina Governor Roy Cooper warned.

As of Sept. 20, more than 8,100 people remain in dozens of shelters across the Carolinas and Virginia, with around 96 percent in North Carolina alone. The flooding, intense damage to roads and lack of electricity makes it difficult—and dangerous—for people to return home.