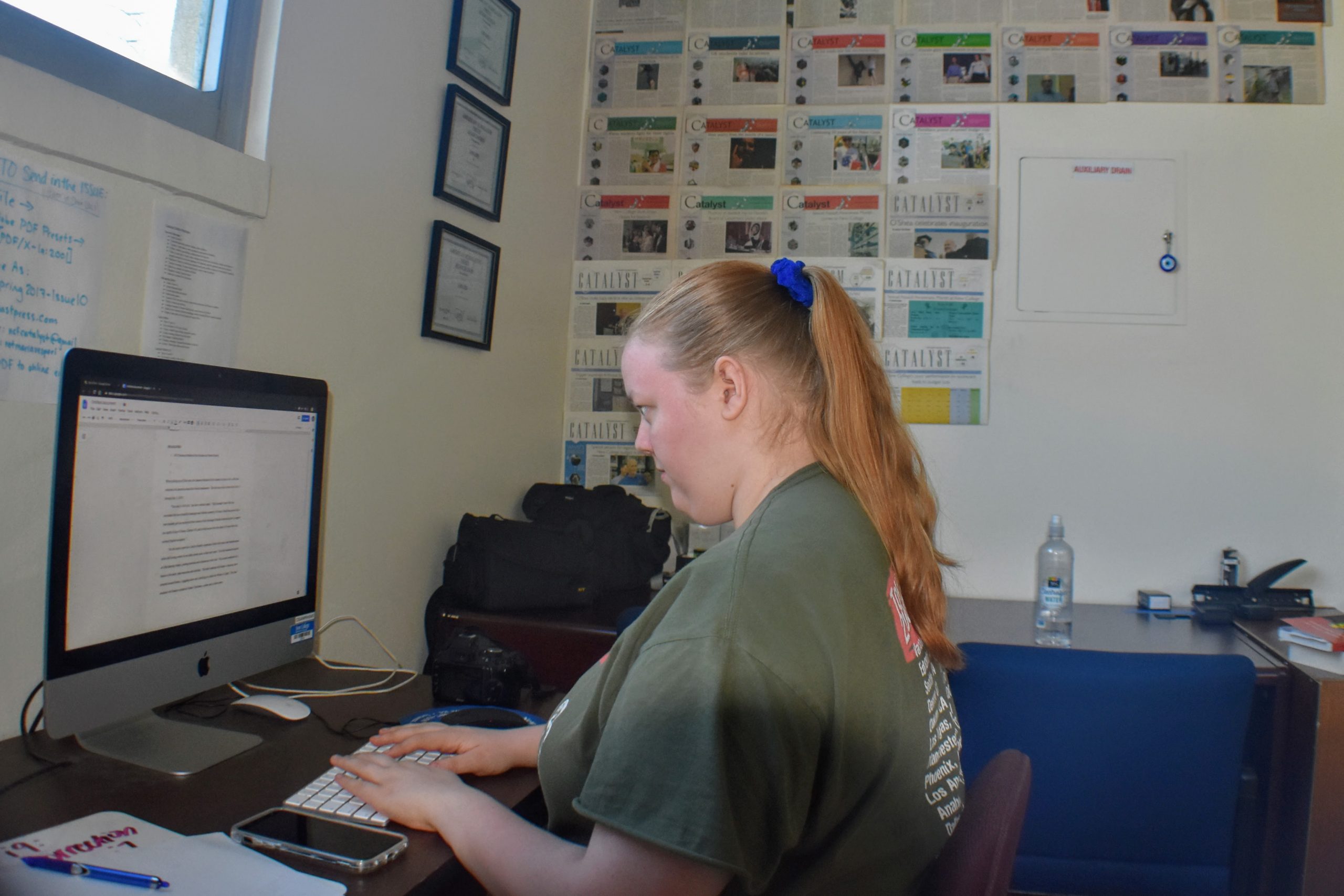 In efforts to lessen the spread of the coronavirus, the State University System Board of Governors (BOG) instructed all state universities to continue classes online until the end of the spring semester. This response caused high levels of uncertainty among students, as some lacked the proper technology or did not know how to cope with such an unexpected change. However, despite the short notice, students and staff were told to resume classes the Monday after Spring Break. With only one week to prepare, some professors are managing well as they tackle technological issues and become sources of comfort to help students feel like they can still pass their courses.

Originally on Mar. 11., the BOG directed all state universities to move to online learning and New College prepared for the two weeks of online classes as instructed. During the time that it was believed to be a temporary shift, Director of Educational Technology Services Angie Fairweather worked with the Provost Office to develop a “high-level plan” to make sure professors had alternative ways to continue class instructions without them or their students physically present.

“The plan touched on how will you communicate with students, how will students access the instructions and materials, how will students submit their work and how they will provide feedback for students’ work. Those were pretty much the four components of the high-level plan that was requested and sent to the provost office,” Fairweather said.

However, since online instruction was extended beyond the initial two weeks to the end of the semester, Fairweather continued to help make the transition as smooth as possible by ensuring that faculty had the resources and tools necessary to get Canvas conferences running efficiently.

“So I developed a full course on Canvas, a self-paced tutorial that faculty can use to help learn the ins and outs of Canvas, [and] we’ve also been holding a lot of trainings on how to use video conferencing and the BigBlueButton,” Fairweather said.

Fairweather also offered one-on-one collaborations with professors in her drop-in sessions over spring break to show them how they could accomplish their visions while having class on a different platform. She also plans to host more hours next week to see if professors have further questions as they become more comfortable with Canvas.

With much suspense leading up to the first day back from spring break, Professor of Psychology Heidi Harley explained that her first class was about making sure everyone was okay.

“When we did meet, and everybody in the class came to the meeting, we checked in on each other,” Harley said.  “It did make us feel better to see and hear each other.”

Harley also mentioned that less workload had been expected of her students and that two syllabi were created to let the students vote on which class projects they would accomplish moving forward.

However, not every course was this successful in the amount of participation seen at the beginning.

“For my first class we only had two people, and there was one person that we couldn’t see and I’m allowing that, if you want to take the class but you don’t want me or other students to see you that’s totally fine,” Dance Instructor Leymis Wilmot said. “But I am the type of professor to email [those who didn’t show up] and say, ‘Hey, I missed you, haven’t seen you, hope to see you’—that kind of thing—and have been in communication with all my students.”

As New College proceeds to finish the semester, professors are well aware that things will not be the same as before. The shift to video conferences poses additional challenges to courses that rely on physical interaction or lab work, such as those related to theater, dance and natural sciences.

“I think what’s hard to replicate is the physical touch that happens in a lot of dance forms whether its contact improvisation, choreographing with two, three, four people, or shifting of weight,” Wilmott said. “The other day I was talking to someone saying well maybe you can counterbalance with the wall or you can counterbalance your shift weight using a couch as a prop, or include a pet or sibling if you have one.”

Wilmott has also instructed her students to stand in front of a mirror or window and come up with a duet using their reflections. Other challenges that dance classes face are not being able to dance on a wooden floor and being limited to move in a confined space.

For Harley’s laboratory class, the two syllabi were developed around what students have already learned, including interview skills, creating activities and generating probing questions for participants.

“Because what we were going to do was to work together on wellbeing exercises that we would instantiate in a memory care unit and obviously that was not going to happen now,” Harley concluded.

“I’ve spoken to a professor who is teaching a martial arts class and was asking me, ‘How can you do that, there’s a lot of partnering?’ and I said, ‘Well, this is your opportunity to think outside the box, maybe it’s more about focusing on conditioning and keeping the body active and strong,’” Wilmott said. “So I think it’s us being open to shifting the way we teach and that it’s okay, we have the permission to try things; if you’ve been teaching something a certain way for the past five years this is an opportunity to shift.”

Harley also mentioned that our system is built for change and that the impacts of the coronavirus are working more in our favor than some other schools.

“Our system is really flexible in how we have tutorials, small classes and independent projects, that it actually makes all of us used to negotiating and thinking about how we might want to work together and collaborate and be flexible to other people’s needs and interests and that is really working right now for us,” Harley said. “We are a guideline school, not a rigid rule school.”

In regard to the learning curve most people are experiencing, faculty and staff acknowledge the challenges, but point to the positive outcomes.

“I feel like this platform allows us to reach people that maybe don’t have the resources financially to take a dance class, you know, there’s a lot of free classes happening on Facebook Live, which prompts mixed conversations like ‘Is that deluding what we’re doing if anybody can take a class for free?’ and vice versa,” Wilmott said. “But I think there’s something really beautiful about being able to take a class from an artist in maybe South Africa.”

Wilmott also sees beauty in interacting with students from home, as she sees it as an opportunity to get to know her students in a more intimate way.

As for Harley, time to reflect and focus on individual needs is important right now.

“I don’t actually think it’s the online classes where I see the benefit, what I see is some benefit in having the whole world feel a little quieter,” Harely said.

On the same note, Fairweather sees faculty learning new tools as a positive effect of the whole situation and Professor of Anthropology Uzi Baram noted that the Canvas conference chat has engaged the usually quiet students to participate in his class more.

Although the transition from face-to-face courses to online teaching was not something anyone signed up for, professors will remain flexible and supportive as students adapt to the transition at their own pace.

“We’re going to keep moving, keep connecting and stay healthy,” Wilmott said. “That’s what I’m the most focused on: the mental and emotional health of the people I’ve been imparted to leave at this moment in time.”