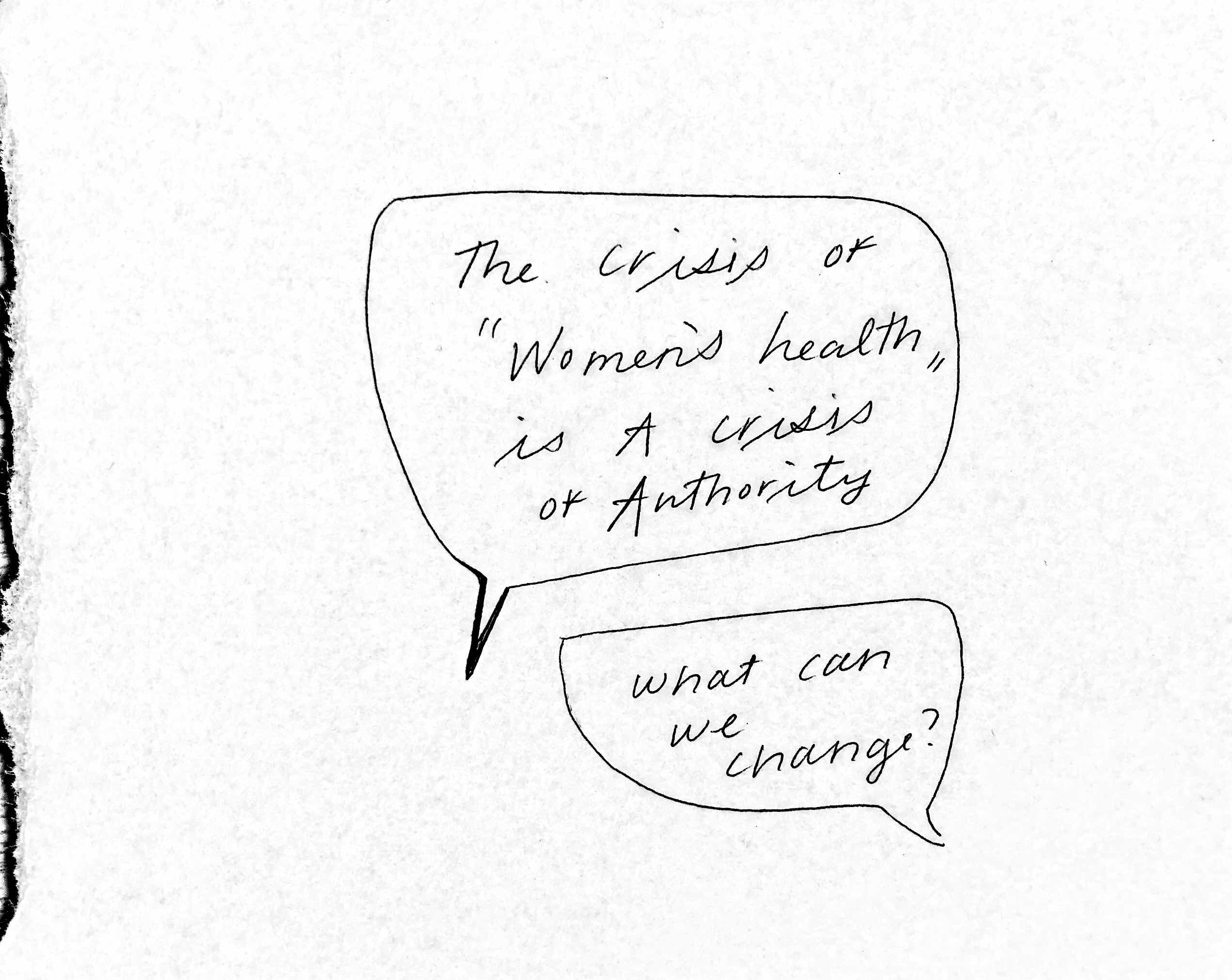 Between routine misdiagnosis and the long history of excluding women’s bodies and symptoms in medical practice, women in the United States may be subject to subpar care when stepping foot into their doctor’s office or the emergency room.

In her newly released book, Doing Harm: The Truth About How Bad Medicine and Lazy Science Leave Women Dismissed, Misdiagnosed, and Sick, Maya Dusenbery argued that the crisis of women’s health is a crisis of authority, meaning a crisis of whether women are believed when describing their symptoms. Doing Harm was dedicated to Dusenbury’s research on the disregard of women’s bodies and their symptoms on all levels of medicine. According to Dusenbury, the question of authority for women begins with drug trials and medical research. It was not mandatory by law for women to be included in medical studies until 1993. The Journal of Women’s Health conducted a study in 2007 that only 24 percent of the participants in 46 studies in 2004 were women. Dusenbury explained that this leads to women’s symptoms being misunderstood and women often being overdosed when treated. 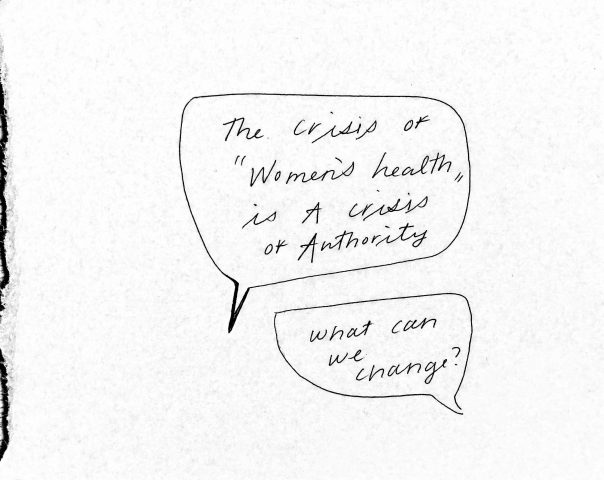 “Most of the data and most of the research has been on primarily, at least historically, men,” Anne Fisher, the program director at New College of Florida’s Counseling and Wellness Center (CWC) said. “So for example, women’s cardiac problems have gotten pretty chronically misdiagnosed, underdiagnosed, have to be a lot worse in order for anybody to pay any attention.”

Dusenbury engaged with statistics such as women in the hospital waiting room for abdominal pain being made to wait for 65 minutes compared to a man’s 49 minutes and women under the age of 55 being seven times more likely to be sent home from the hospital in the middle of a heart attack, due to dominant medical understanding of heart attack symptoms being derived from studies of men. Spontaneous coronary artery dissection (SCAD) is the leading cause of heart attacks in young women but is hardly heard of and much less diagnosed properly. The Mayo Clinic began an initiative to further study SCAD in 2010. Sarasota resident, Tracee Murphy organized the SCADaddle 5k to raise money towards Mayo Clinic’s research after SCAD caused her heart attack and she had to go to all the way to the Cleveland Clinic to receive the proper diagnosis and treatment.

In Doing Harm, Dusenbury also delved into how women’s pain is received as “emotional” and their increased likelihood of receiving sedatives rather than pain relievers. The undermining of women’s pain as manic or emotional has historical roots. Most often when 19th-century women in the United States visited doctors, they were diagnosed with “hysteria”. This diagnosis was not limited to the 19th century and went all the way back to Ancient Egypt. Within the context of the era, women were violated by doctors who believed that orgasm would cure hysteria–vibrators were even invented to make this practice easier on their hands.

Charlotte Perkins Gilman penned “The Yellow Wallpaper” as a direct protest of the infamous rest cure thought up by a renowned doctor at that time, S. Weir Mitchell. The story detailed a woman’s descent into madness after she was subjected to the rest cure and locked in a room with nothing to stimulate her mind. The rest cure consisted of isolation, a steady diet of fatty foods and forbade women from activities like reading, writing and knitting–and at its most extreme from getting out of bed or having conversations. While it was thought to be good for healthy weight gain and relieving anxiety, its main purpose, according to the science museum publication, Brought to Life, was “breaking his (almost always female) patient’s will.”  Mitchell’s behavior may presently seem archaic and as if it has no place in modern medicine up until it is acknowledged as a part of medicine’s foundation and recalled that women are still given sedatives when in need of pain relievers due to being perceived as “emotional.”

A recent celebrity case exemplified how much deeper the issue of authority can run for Black women in America. Serena Williams recently spoke out about being ignored by doctors and the life-threatening experience that led to following the birth of her daughter. According to a Vogue interview, Williams was well aware of her history with blood clots and asked for a CT scan and a heparin drip–a blood thinner–several times but was given an ultrasound for her legs. Eventually, they gave Williams the CT scan and discovered blood clots in her lungs. In her op-ed for CNN, Williams reflected on the fact that she was fortunate to have access to the medical care that she did and not every woman in that situation would have lived. According to the Center for Disease Control (CDC), Black women are 243 percent more likely to die from pregnancy and birth complications than White women.

Women’s health in the U.S. is an ongoing conversation and although there are systemic issues, as discussed in Doing Harm, women’s experiences vary from case to case. For example, Fisher brought up that she has not observed these obstacles firsthand.

“My main healthcare provider is ANRP, with a lot of experience, I have never felt not heard or trivialized at all, ever, and I have always felt very supported. Like I have a team member working with me,” Fisher said. “I think everybody has to be a good advocate for themselves and if you are, in my mind, if you are going in for anything major its really good to have another person with you who can help you advocate for yourself.”

That is not to say that challenges do not exist for women when visiting their doctors, as Lesley Peters can attest to. Peters saw a doctor for weight issues and fatigue. She was turned away with no tests conducted or help apart from the advice to “drink more fiber” when it turned out she had breast cancer.

“I just was sluggish and didn’t have any energy and I was like this isn’t normal and he didn’t give me a mammogram, I could have found out before then,” Peters said. “They just didn’t care.”

Like Fisher, Peters imparted the advice for women to be their own advocates and to do their own research.