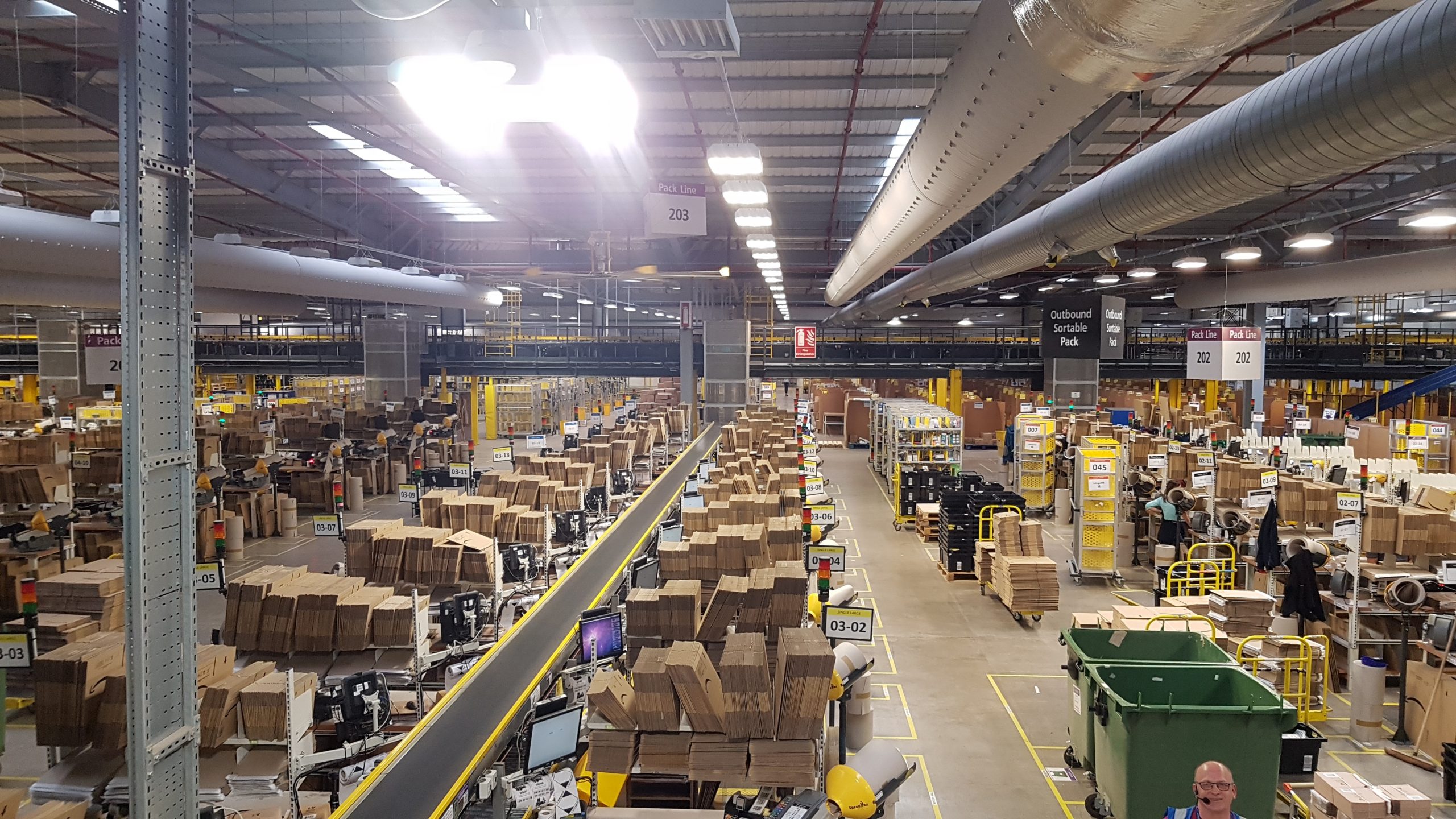 The interior of an Amazon warehouse. (Image courtesy of flickr.)

On Apr. 1, Amazon center employee Chris Smalls—and the rest of the Staten Island JFK8 Amazon warehouse—won a landmark victory for labor rights, starting the first Amazon labor union. The implications here are tremendous, and if the wave of Starbucks unions in the past year has been anything to go off, then this might not be an outlier, but another early adopter of a wave of workplace unionization. How, though, did Smalls put together a labor union for the second-largest employer in the country, especially one so notoriously anti-union as Amazon? The answer seems to be through grassroots organizations.

In the first few months of the coronavirus pandemic, Smalls led a walkout that would have probably gone mostly unnoticed had Amazon not played too fast and loose. Amazon accidentally leaked a memo from a meeting attended by CEO Jeff Bezos, mocking Smalls.

“He’s not smart, or articulate, and to the extent the press wants to focus on us versus him, we will be in a much stronger PR position than simply explaining for the umpteenth time how we’re trying to protect workers,” the memo read.

Amazon claimed that they should do their best to make him the forward-facing element of the walkouts, and then promptly fired him. This seemed to backfire, and Smalls quickly became the face of a rapidly growing labor movement in Amazon. Amazon consistently failed to get control of the narrative, with an outlandishly extensive response (including a security group staffed by ex-military) that resulted in them telling more executives about the walkout than there were employees that showed up. Most recently, it came out that Amazon was building an in-company chat app that would ban words like “slavery,” “union,” “vaccine” or “ethics.”

In Oct. 2021, Smalls and the Amazon Labor Union (ALU) filed for a vote, but had to pull back and refile after Amazon argued that approximately half of the signatures on the form were from ex-Amazon employees and not current ones. After another few months of grassroots organizing, with Smalls and others campaigning outside of the building and even hosting barbecues, the vote finally came in. It was a victory by a wide margin, with 55% voting yes in a workplace with less than 5,000 people.

The ALU has already announced its demands, asking for a 7.5% raise for all employees, a reinstatement of 20-minute breaks and transport for workers across New York. While Amazon has already suggested that it might soon contest these claims, Amazon will soon have similar fights on its hands all over the world, with 50 different Amazon locations reaching out to Smalls for advice on grassroots organizing—and a neighboring Amazon facility has already gotten to a vote.

It’s easy to track how Smalls and Co. won this victory, in truth. A tight labor market, frustrated by Amazon’s lackluster COVID-19 response and consistently failing to lead a successful smear campaign against Smalls made him something of a martyr, and after months of handing out food and information in front of the warehouse, the ALU’s victory was all but assured.

Smalls’ victory has been seen as a wakeup call for unions nationally. He openly criticized established labor unions, who have failed to unionize Amazon for 20 years, whereas a grassroots organization was able to accomplish it in under a year. Smalls points to the Bessemer union drive especially as an example of the union establishment failing, with a union drive in 2020 being unable to associate the center with the Retail, Wholesale and Department Store Union.

Smalls has championed grassroots organization as the only way to unionize these warehouses, arguing that Amazon’s aggressive anti-union propaganda can successfully vilify labor organizations, but will struggle to make employees see other coworkers as threats. The wind is blowing in the direction of grassroots unionization efforts, it seems like, and for some, it looks like Amazon might be the domino that topples the rest.