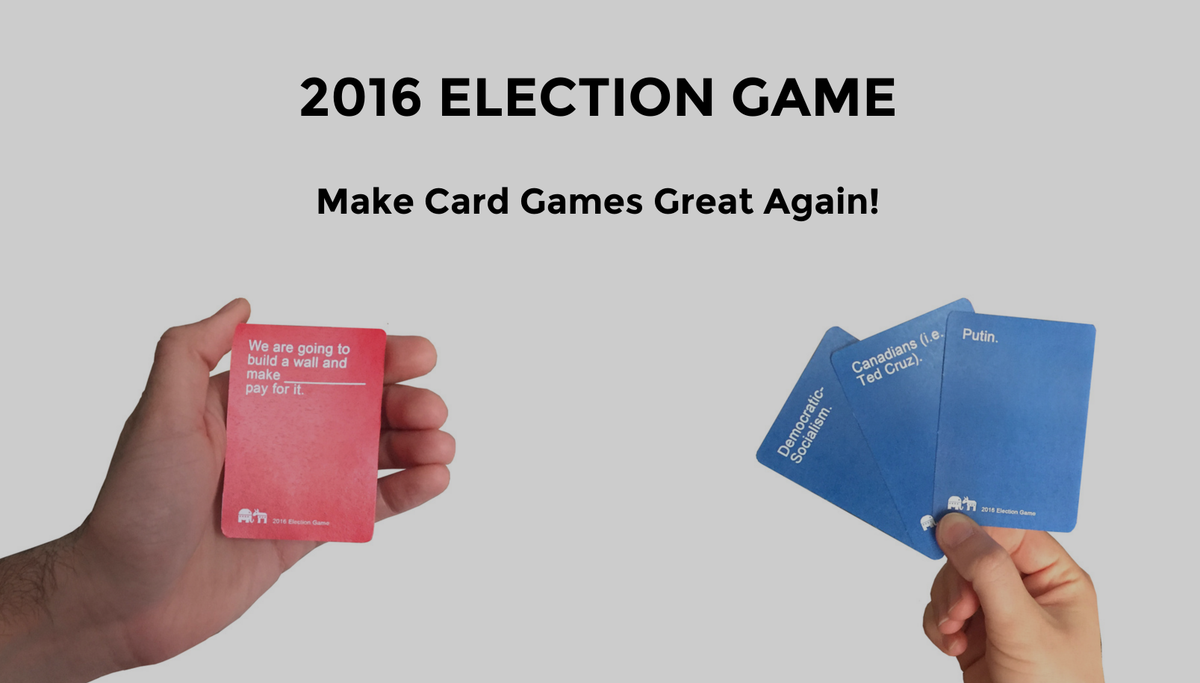 The creators of the popular party game, Cards Against Humanity, have tasked themselves with saving America. That is not a typo, nor, sadly, is it far fetched given the year that 2017 has been. What embarking upon the quest to save America means for Cards Against Humanity is trying to prevent the construction of President Donald Trump’s infamous border wall between the United States and Mexico.

“Cards Against Humanity Saves America” is a holiday marketing campaign, and sales from the campaign will go towards deterring border wall construction for as long as possible.

The company first carried out their plan by purchasing a plot of vacant land on the border and retaining a law firm that specializes in eminent domain in order to ensure that any attempt to begin construction will be time consuming and expensive. It is unclear whom this legal battle would be expensive to, given the likeliness that any border wall would be funded by American taxpayers.

Everyone who gave $15 to this promotion now owns a portion of the acres of bordering land that Cards Against Humanity purchased. According to Cards Against Humanity, on day one of the promotion, recipients will get an illustrated map of the land, a certificate of their promise to fight the border wall, new cards and a few other surprise items throughout the month of December.

The “Cards Against Humanity Saves America” website features a countdown of the slots remaining for the promotion that now reads sold out. Only time will tell whether this promotion will be politically impactful upon the border wall.

Information gathered from avclub.com and cardsagainsthumanitysavesamerica,com