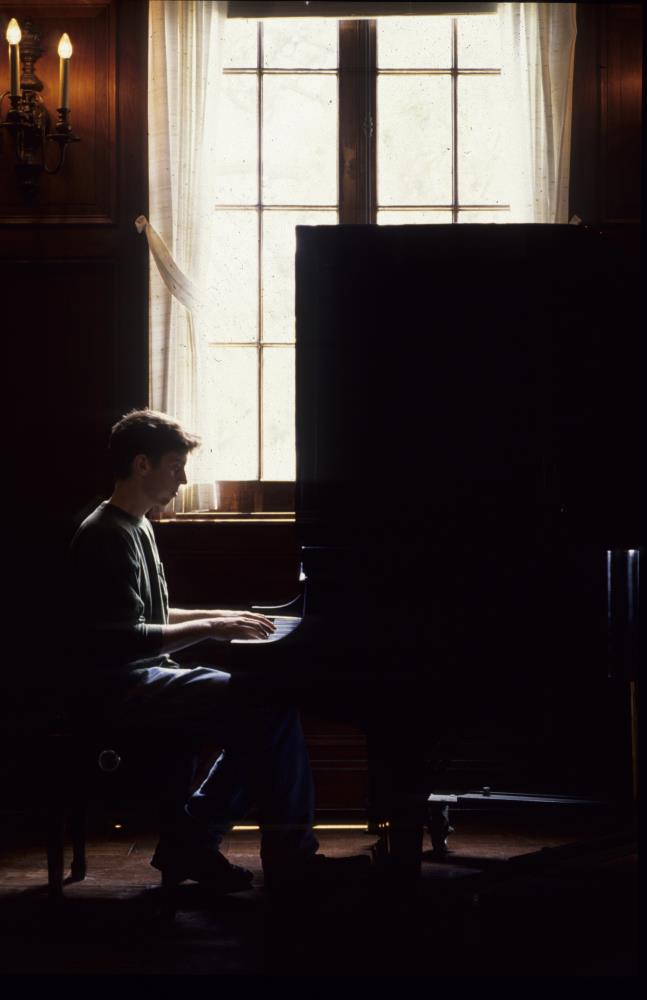 In 1992, a student plays the piano housed in College Hall.

Before New College, some students came from high schools with a higher population and developed arts programs. Without a defined music performance program, thesis student Mairead Howley decided to start a Chamber Music Tutorial in her first year, with a couple of other equally-interested students. The tutorial is now a mod-credit full-length course taught by Sarasota Orchestra Violist Nathan Frantz.

“It’s just like any other tutorial proposition,” Howley said. “It was me and a couple other first years who were also interested in chamber music. We contacted Marybeth Clark, one of the music professors here, and she was like ‘this is a great idea!’”

After a couple months of working closely with Clark, the small group of students were able to find their current coach, Frantz. The tutorial soon blossomed into a class that students can take toward a music-related AOC. New College only has a handful of performance-based music courses offered including this one.

“We actually don’t offer a lot of music performance opportunities here,” Howley said. “We have a lot of composition based classes, like music theory or music history. Whereas Chamber Music is for students who want to keep performing.”

For an entire semester, students in this course will master their assigned piece through weekly meetings and consistent practicing outside of class. Their hard work pays off with the end performance.

This course welcomes any student with prior instrumental experience. It is not exclusive to the traditional string-quartet ensemble. Chamber Music has incorporated the sound of pianos, trumpets, french horns and several other “uncommon” instruments.

Chamber Music will display their talent on Monday, Dec. 9 at 7:30 p.m. during their end of term performance led by Frantz. Students are welcome to attend the show for free in the Sainer Auditorium.