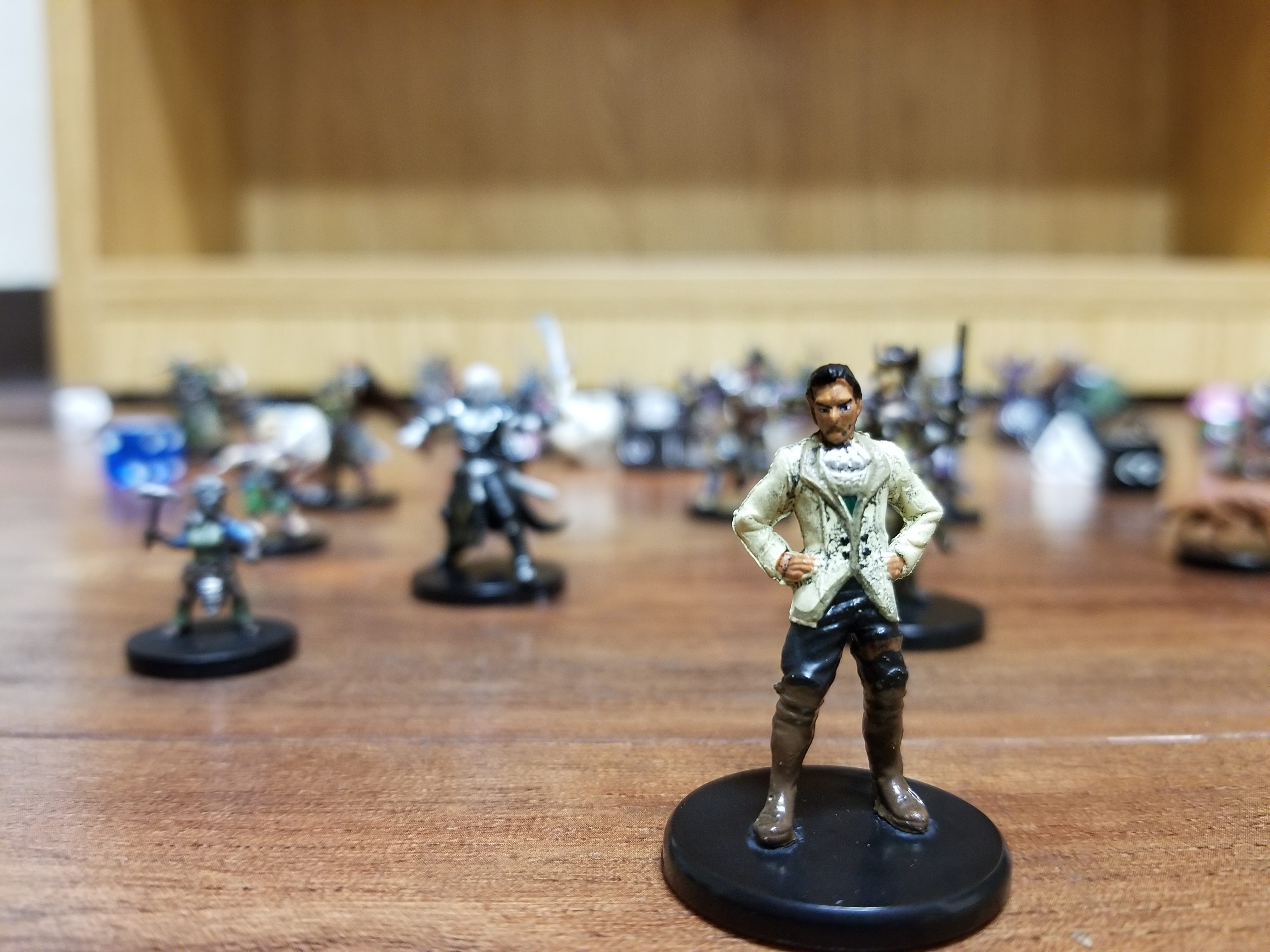 Hear ye, hear ye! Great tales are in the making, with new legends forged every week here on campus: the plundering of dungeons, the slaying of dragons and acts far more strange and epic are recorded. This is the life lived by those who come together to craft stories through pen, paper and little plastic miniatures. In other words, they play tabletop roleplaying games (TRPGs).

TRPGs are nothing new. The first edition of Dungeons and Dragons (D&D), the most popular TRPG on campus, was produced in 1977. The game, now in its fifth edition, operates on the same basic premise. One player, known as the Dungeon Master (DM), crafts an adventure for the others, known as player characters (PCs), to play out. The DM controls the world around the PCs, and the PCs are able to interact with the world through the abilities on their sheet. These abilities are derived from their base ability scores (in D&D, these are strength, dexterity, constitution, intelligence, wisdom and charisma) and various bonuses they selected throughout the character creation process. Chief amongst these bonuses are the ones associated with their class, a kind of adventuring profession, which grant them martial prowess or spellcasting. These classes are based on various fantasy tropes like the wizard, the fighter, the ranger or the rouge.

While many play groups form organically, many groups have come out of the Tabletop Club. Austin Gray, third-year and president of Tabletop Club, got his start with TRPGs when he joined the Tabletop Club back in his first year, while it was still known as D&D Club.

“The first character I ever played was a dragonborn ranger,” Gray said. “I didn’t know anything about the game, so I picked the guy that was a dragon. Ranger also sounded awesome, because he had a bow and arrow. I went down the path of the ranger where you got to have a pet. I found out later those were the weakest options.”

Gray, laughing, described another quirk in his character: he had chosen mountaineering for his ranger’s specialty, in a campaign that took place almost entirely inside a city. Regardless of his less-than-optimal stats, Gray enjoyed the experience enough to continue with the hobby.

“After that, I played a second character and that was the first time I made a backstory,” Gray said. “I made the classic ‘guy whose entire family was killed.’ It’s such a thing in D&D: ‘I’m gallivanting across the country, I must have no connections. I can’t be writing letters to my mom all the time. I guess they died, and that’s why I’m a badass now.’”

D&D characters, while often the heroes of the story, are not always noble bastions of virtue. First-year Isabel Hardigan demonstrated that with a story from the first session of her group’s campaign.

The story starts with one character, a hunchback halfling wizard, purchasing a bundle of rope from a local shopkeeper. The shopkeeper charged a gold piece for the rope, which the halfling found egregious. He tried to argue, but rolled a one on his check to barter, so the shopkeeper was not swayed. With diplomacy untenable, the halfling was forced to be more creative. So, he cast Tasha’s Hideous Laughter on the shopkeeper, which sent the man into compulsive, constant laughter. The halfling quickly followed it up with a quick casting of Prestidigitation to cause a loud cracking boom, before falling down to the floor. Soon enough, a crowd gathered around what seemed to be the shopkeeper laughing hysterically at the sight of a deformed, writhing halfling. From the crowd, a six-foot half-orc shoved his way out of the mass.

“Fear not!” the half-orc called out, before rushing to assist the halfling. The halfling convinced the would-be do-gooder to go rough up the shopkeeper. But before the half-orc could get too far along, the guards arrived.

TRPGs often venture from standard fantasy into realms wonderful and absurd. First-year Sean Dickey recalls a time when his party arrived at the city of Interstis. This story occurred in a Pathfinder campaign, which is a game very much like D&D, save for a few details in its mechanics and its use of a different term for the DM (in Pathfinder, it is ‘Gamemaster’).

The first thing Dickey asked the Gamemaster for when his party arrived to the extra-physical metropolis was the cost of property. The Gamemaster explained that Interstis only partially existed, that land phases in and out of existence based on whether the characters are conceptualizing it. Dickey demanded to know how much it cost. The Gamemaster finally relented and gave Dickey a rate on which to buy land. With this knowledge, Dickey’s character and the rest of the party decided to buy enough land to open a store, Glorious Leader’s Emporium. Despite the store’s communist ideology, Dickey’s character was a rugged capitalist and bought up all the land around the shop. Such began his campaign of business management and economic development, despite the Gamemaster’s repeated attempts to get them back on a more traditional adventure.

“[The Gamemaster] is like ‘the world is ending over there, there’s dragons, the gods are coming back and they’re stomping on shit,’” Dickey said. “And we’re just asking how much it would cost to get a ye olde equivalent of a Starbucks on the corner.”         Any one of the interviews for this article could have filled up its entire length. Once a player begins to share their tabletop experiences, they have no short supply of stories. Great victories, humiliating defeats and befuddling sidetracks alike make for engaging chronicles. The only unifying line among them all is that they took place on the table and in their minds.