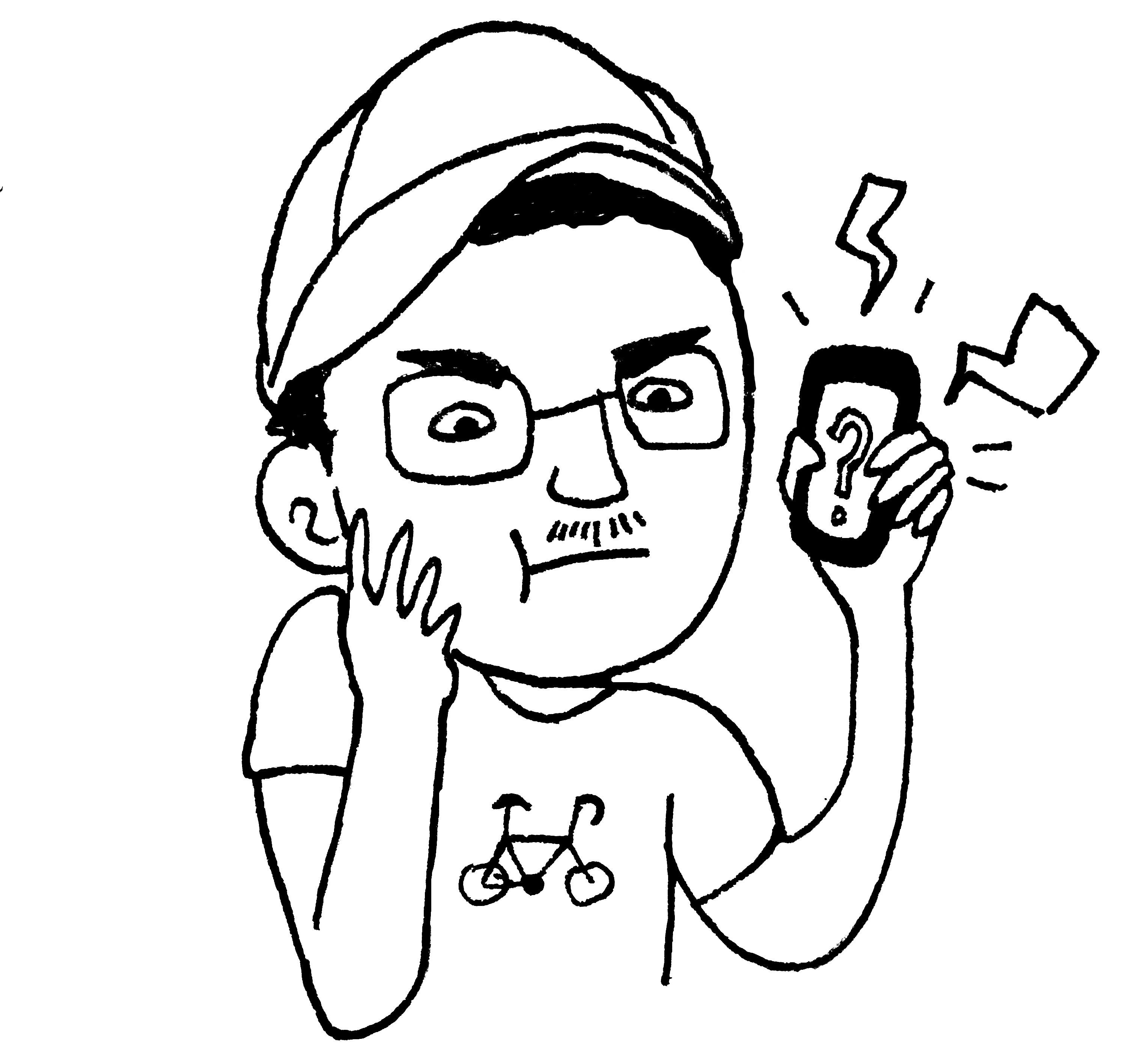 The phone rings. I answer it and a tinny voice commands “Do not hang up!” The voice assures me that I won’t regret taking this opportunity to reduce the interest rate on my credit card. I don’t have a credit card. It’s another automated “robocall,” a dispatch from anonymous con artists fishing for the dollars of the guileless and gullible. I don’t know exactly when they started. I have no clue at all if they will ever end.

I do remember my first robocall—“Hello, this is Heather with account services,” the recording said. In a chirpy but unresponsive tone she promised me—guess what?—reduced credit card rates. In the beginning, I got calls from Heather a couple times a week. I didn’t really mind. I knew it was a scam and it wasn’t any more distracting than the occasional ring from an apologetic stranger who had dialed the wrong number. But Heather was persistent. A few calls a week became one a day, and then two. “Hello, this is Heather with account services.” Three calls. “We’re calling in reference to your current credit card account.” And then four. “There is no problem currently with your account.” Heather dialed my number five times a day. “It is urgent that you contact us concerning your ability for lowering your interest rate.”

I blocked Heather’s number, but she always called from a new one the next day. Several times I decided to accept her offer, hoping that I might speak with a real live telephone operator and convince them to show me mercy. When I was transferred, the operators hung up as soon as it was clear I wasn’t going to give them my information. The operators were friendly, but the business of phone scams depends on call volume, so they weren’t going to waste any time listening to me whine. 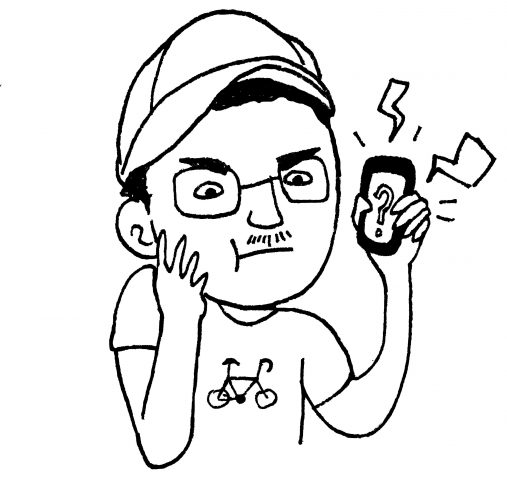 The author, like many other Floridians, has been hounded by automated scam phone calls for months.

Desperate, I turned to the internet for a solution. Apparently, others shared my problem, and they had gathered at https://heatherwithaccountservices.wordpress.com. “This bitch has got to be stopped,” announces a banner at the top of the page. Like a guerilla, the website’s anonymous founder shuns recognition—“I’m just a guy sick of these credit card scammers. I’m going to identify them and bring them down.” Flushed with the spirit of rebellion, I scrolled furiously down the page in the hope that someone knew how to make Heather a distant memory. I eagerly read through haggard comments only to find that not one of them reported success. Commenters insisted that complaints to the Federal Communications Commission (FCC), the Federal Trade Commission (FTC) and state attorney’s office were all useless. The FTC’s “do not call” registry was derided as a toothless charade, nothing more than a bad joke. One commenter lamented in 2015 that Heather had been offering them reduced interest rates for close to a decade—“IT IS EIGHT years later… same calls, same recorded message. Nothing has changed.”

Discouraged, I abandoned the possibility that the calls might simply stop. I blocked unfamiliar numbers like a duellist parrying blows. Mistaking them for Heather, I ignored calls from doctors, dentists and dates. Soon enough, Heather was joined by a circle of new characters. John from customer service compelled me to upgrade my car’s nonexistent warranty. Others assured me of my family’s imminent pauperism should I decline to purchase life insurance. In a series of calls that left me increasingly dumbfounded, telephone operators mistook me for a Minnesota man named Barton. To the disappointment of these callers, I was not Barton, an individual apparently under so much risk that he required three new insurance policies. Through the combined efforts of these publicists, automated and animated, the prevailing record was established on Apr. 4, 2018. On that historic day, I received a total of nine scam calls.

Newspaper headlines are now warning us of a “Robocall epidemic,” and Florida is a prime target for phone scammers. The makers of the app RoboKiller, which can automatically detect and ignore scam calls, say that this year has been one of the worst on record. Data collected by the FTC also points to Florida as being a hotspot for this sort of thing. In 2017, 588,021 complaints were filed with the FTC in Florida. Florida is second only to California, which reported 823,692 scam calls. Those are just the calls that people reported, and it’s likely that thousands more are made every day.

“We accurately define it as an epidemic,” Ethan Garr, co-creator of RoboKiller, told the Associated Press. “What drives this is basic economics. Making these phone calls is so inexpensive for scammers. It costs them less than a penny per minute.”

Garr said that Floridians get an average of 2.1 spam calls per day. He credits Florida’s call volume with the number of retirees living here. According to Garr, scammers specifically target the elderly, who may not recognize that a call that sounds legitimate is in fact a scam.

The calls are made through voice over Internet Protocol, or VoIP, numbers. With these, scammer can disguise their identity and make the calls look as if they’re coming from a familiar area code.

“I was picking them up for a while because they all came from my home area code,” thesis student Victoria Deal said. “I was worried it was somebody’s number I lost, but it kept being ‘Resort Rewards!’ and now I just don’t pick up the phone.”

It was recently revealed that scammers have been abusing Facebook’s phone number search. By entering any phone number into the social media site’s search engine, scammers were able to learn details like their target’s name and location.

“Most people on Facebook could have had their public profile scraped in this way,” a representative for the company said. In response, Facebook has disabled the option to search for people by telephone number.

“One afternoon while I was working in the WRC [Writing Resource Center] a student hanging out there got a scam call from the supposed ‘IRS.’ The voice said, ‘this is the IRS! You owe us thousands of dollars and if you don’t pay now you’re going to jail!’” alum Joy Feagan (‘13) recalled.

It’s nearly impossible to figure out where the calls are coming from, and even then, making them stop is a whole other story. Keith Koegh, a Chicago lawyer who has been part of class-action lawsuits against scam callers, says that under FTC regulation what they’re doing is certainly illegal. The Telephone Consumer Protection Act says that companies and individuals can’t attack a person’s phone with robocalls without their consent. Anyway, who would consent to that?

“We spend a lot of our time trying to find out who’s calling… and trying to go after these people,” Koegh told the Associated Press. “There’s really no way to get them to stop besides litigation. Their whole business model is making these calls in mass.”

It seems that the best antidote now is apps like RoboKiller, Mr. Number and Blacklist. Although if the calls keep coming, you might see me in court.