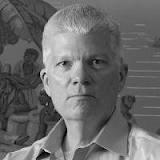 Henry Smyth has a career in banking and investment management that goes back to 1983, two years after he graduated from New College in the class of ‘81 with a degree in International Relations. He later went on to get a graduate degree in International Political Economy at the Patterson School of the University of Kentucky. Smyth has been coming to New College since his undergraduate education to talk to students about financial literacy and the perpetual woes of the financial system.

“The first part of my career was in Latin American financial markets,” Smyth said. He began his investment management during what would become the Latin American debt crisis. Since 2003, he has been running a hedge fund focused on precious metals markets. There are fundamental differences in the thinking behind investing in traditional equities and bonds and precious metals. Investors of precious metals are wary of the risks of systemic failure in bond and equities markets, regulators and central banks.

“The center of gravity in financial markets is the actions of the Federal Reserve (Fed),” Smyth said. “That is because the U.S. Dollar (USD) is the center of the global financial system and takes its cues from the Fed.”

Since the Great Financial Crisis (GFC) of 2008, the Federal Reserve has embarked on an unprecedented expansion of its balance sheet via its monetary policy named Quantitative Easing (QE) to inject capital into markets, and since 2015, it has attempted to reverse that experiment (selling off assets to shrink its balance sheet). Smyth sees this roughly 10-year-old massive creation of liquidity as a foundation that will only make the next downturn and spat of illiquidity more powerful.

Markets have already responded negatively toward tightening monetary policy, suggesting that credit markets are less liquid than anticipated by the Federal Reserve.

Federal Open Market Committee (FOMC) minutes from the latest March meeting disclose an adjustment to their forecasts, from a rising interest rate policy to no interest rate hikes in 2019, one in 2020 and none in 2021, according to J.P Morgan Asset Management.

“I think there is a general lack of appreciation of the public and financial professionals how unprecedented this experiment is and how much uncertainty it creates in the market,” Smyth said. “Not just for U.S. Treasury bonds or Mortgage Backed Securities (MBS), but also for non investment grade bonds, equities and global markets too.”

Smyth is pointing out that for more than 10 years, global financial markets have been propped up by the largest buying spree in Central Bank history, making the use of such extraordinary measures obligatory for an indefinite period of time (a risky, unknown frontier).

In December 2018, the worst stock market decline since the Great Depression, of almost 15 percent, occurred, according to CNBC. For Smyth, the market sell-off shows that the monetary and banking authorities are beginning to realize that they are going to have a hard time ripping the tablecloth out from under the fine China. During the December sell-off of in equities, on Christmas Eve of 2018, Treasury Secretary Steve Mnuchin called in the “plunge protection team,” a group created in 1988 under the Reagan administration that aimed at quelling financial panic, acknowledging how aware Federal regulators were of fragility in the system to the investing community.

“I think the experience in December changed the Federal Reserve’s outlook on its experimentation,” Smyth said. “Until that point, they had been, as they put it, on ‘autopilot,’ and were not only tightening their balance sheet but also increasing short term interest rates. I think that both of these measures have now [since the December scare] been effectively suspended, given the uncertainty shown in markets over rising interest rates and a tightening Federal Reserve balance sheet.”

The development of the Federal Reserve’s policies is considered for asset allocation that any finance professional is making in U.S. dollars or other currencies as well, according to Smyth.

“One way or another,” Smyth said, “you have to weigh what the long term effects of the experiment have been, and will continue to be.”

There are a number of consequences that Smyth thinks QE has brought.

“The most important issue is the absence of price discovery,” Smyth said. “In the absence of the Federal Reserve greatly adding to their balance sheet at that time of crisis, we are not sure where the market would have priced Treasury bonds or Bills or where the Dollar would have been. But we know that the pursuit of this balance sheet expansion was directly responsible for supporting asset prices, both fixed income (bonds) and equities.”

What QE did, then, was break down the lack of positive correlation between equities and bonds that had traditionally existed, so that both were in fact going up.

“I think when we look back years from now, this disruption of price discovery will be the strongest felt and longest lasting,” Smyth said. The paradox of it all is that monetary and banking authorities, the banking community themselves and the general investing public depended upon QE to be in the financial condition they are in now.

“There was a fear in 2008 that if the Federal Reserve and the Treasury did not do something, markets and economies would shut down,” Smyth said. “Rather than allowing markets to clear bad decisions that took place prior to the crisis, there was this mad scramble to ameliorate these conditions of illiquidity to save the system. A bottom was placed for equities and fixed income, and once that was established in the minds of the investing public and professionals, then they were basically front running the Fed as they were buying Treasuries and Mortgage Backed Securities. So the excesses that were already there and that were never worked out in the GFC, only became worse, and that is where we sit today.”

The consequences of QE are not just a dissolution of price discovery and negative correlation between stocks and bonds, but a continuation of malinvestment within the economy that is manageable because of low rates of interest from the Fed.

“This permanent condition of growth at the expense of fundamentals has given rise to the significance of passive investment like retirement funds, pensions and market index funds,” Smyth said. “It will not end well, and these things can continue for a while. But what we saw in December was a foretaste of what happens when the markets perceive that these liquidity provisions [QE] won’t always be there.”

Smyth also sees the looming Brexit as an entirely uncertain situation, and that brinkmanship between the United Kingdom and the European Union is a significant variable in global markets. He additionally sees the Chinese massive mobilization of investment throughout the Eurasian landmass and beyond as another large development that will be looked back upon in future decades as both a monumental shift in the center of gravity in global markets, and ironically, little acknowledged during the initial moments of its unfolding.

Smyth’s last point added to what has just been discussed. He sees the Trump administration’s “America First” policy as a reversal from conditions of liberalizing global trade that has lasted since the end of World War II, and he noted that when global trade contracts so will global finance.

In January 2019, the World Gold Council’s (WGC) annual report disclosed the largest gold buying by Central Banks since 1967, a period wracked with large financial uncertainty. The large gold purchases from predominantly Eastern nations suggest the current global financial condition, with the Dollar at the center, is also fragile.

“You have seen this now for a while,” Smyth said. “The Chinese, for example, have been huge buyers of gold since the Shanghai Gold Exchange opened in 2004. The Russians have been buying and keeping gold off the market from their own domestic production for some time now, in response to sanctions from the U.S. and the EU and efforts to reduce their Dollar exposure.”

Smyth thinks that these reasons are the main ones for why the central banks have began buying gold at new highs.

All this gold buying is continuing and growing while the Bank of International Settlements’ (BIS) Basel III Accords, an updated international financial regulation program formed in the aftermath of the GFC, has begun transitioning gold into a tier one asset.

“This is the reintroduction of gold’s role as a monetary asset,” Smyth said. He thinks that we will see this moment as a definitive reversal of a trend since the 1970s to demonetize gold (as a competitor to the USD), with far reaching consequences. He sees gold returning not just as a reserve asset (used between banks and counties) but as collateral to preserve the value of bonds, something popular before the 1930s state crackdown on gold.

Smyth also wanted to address younger generations directly, by noting that national student debt, by category, is one of the largest in absolute terms and in rate of growth.

“It is my opinion that we have gone beyond the ability for the debtors to service this debt,” Smyth said, “and it is only going to be a matter of time before either the default levels become so large they impede the servicing of this debt or the willingness of your generation to service that debt creates a debt crisis.”

Smyth thinks that low interest rates have delayed these options for American student debtors by making credit cheap. He predicts that sooner or later a debt crisis will be catalyzed by some kind of political movement in the U.S. by student debtors to repudiate and call for a moratorium and reduction of the principal.

Smyth is a member of the New College Foundation and is confident the Foundation keeps, and will continue to keep, students from taking on more debt than necessary.

Information for this article was gathered from J.P. Morgan Asset Management, CNBC and The World Gold Council.