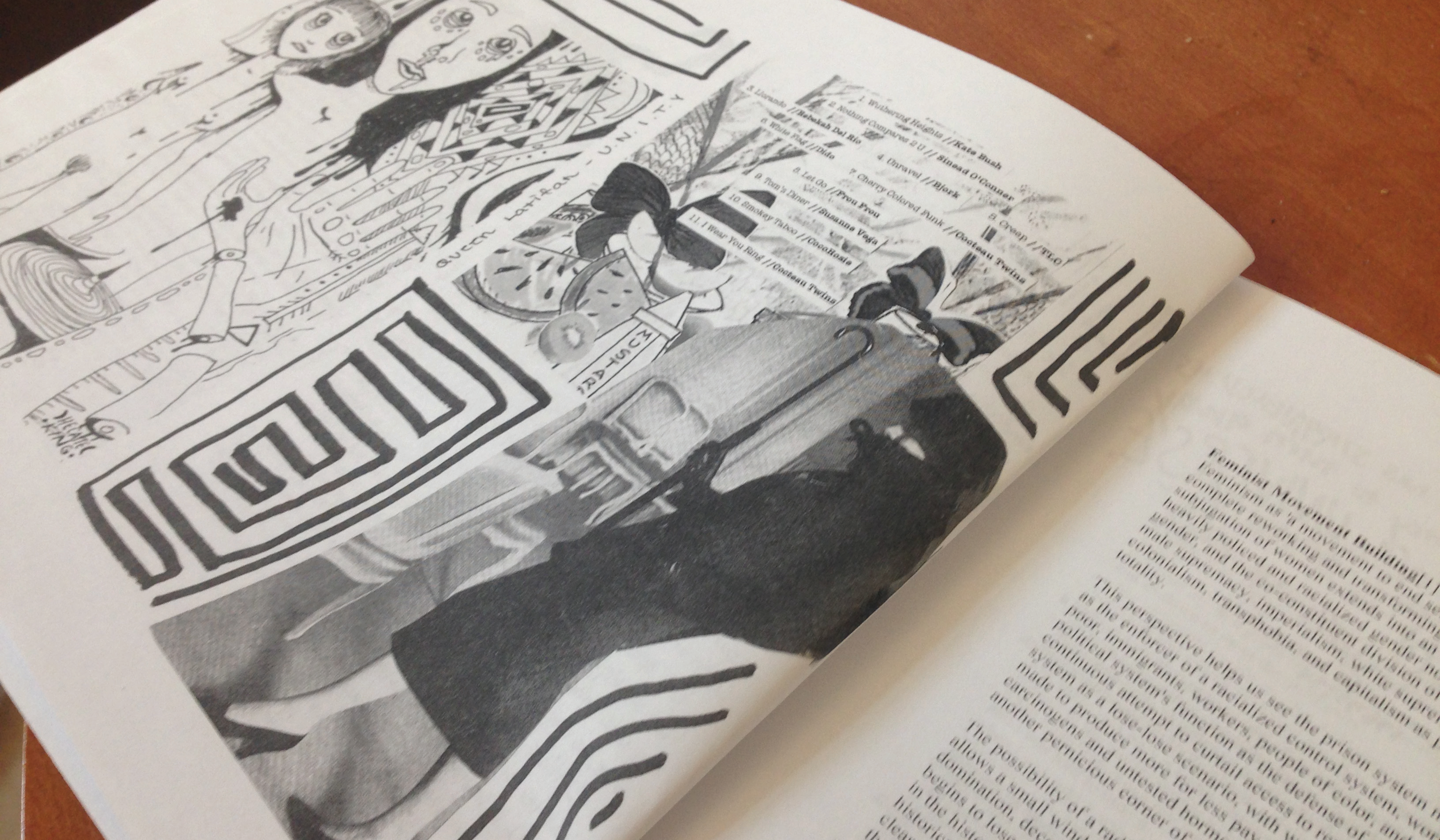 Hidden under layers of paint and within dusty cabinets are some of the most vivid records of daily life on campus in days long past. Unknown to many current students and recent alumnae/i, before student discourse largely migrated to the Forum and other social media, a vibrant print culture once flourished at New College of Florida (NCF).

Between the 1960s and the early 2000s, at least 20 different student magazines and newspapers  were published on campus, many on a weekly basis. Students also frequently produced “Facebooks,” effectively yearbooks, featuring the names, Areas of Concentration (AOC), hometowns and other information about students.

Student newspapers, although amateurly published, became one of the primary sites of debate about social issues on campus and disputes within the New College Student Alliance (NCSA).

Headlines from student newspapers published in the 1970s illustrate the hot button issues facing NCF when it was only a few years old. In 1971, a student named James Logan (‘69) penned an article for the New College Organ entitled “NC is Covertly Racist,” challenging the liberal arts institution’s “liberal” self-image and lack of faculty of color.

A letter to the editor in a 1971 issue of the Cauldron calls out homophobia on campus and urges solidarity among gay students.

“Despite the image this institution tries to project (one of enlightenment, I would assume), it is without doubt; incredibly sterile and tight-assed. It’s painful. All the hypocrisy. What a spectacle,” Nicholas “Niko” Koulianos (‘68) wrote.

Alum Dallas Taylor (‘91) fondly recalled working on The Final Analysis, a student magazine published between 1995 and 1996.

“I remember we never sought sponsorship or credit for it, because we didn’t want to sully our editorial purity and we were punk rock like that. We used to write about half of it ourselves, and published all but maybe one or two submissions we got,” Taylor said. “We’d edit it in the computer lab, a process typically involving a few hours and several quarts of malt liquor from the Shell station. When I left New College, it was one of the things I was proudest of doing.”

Many alumnae/i also recalled the function graffiti and posters played in discourse on campus.

“We didn’t have online forums, but we had physical walls with paper plastered all over them. There was definitely an ethic of more speech being better than censorship, so it was rare that a sign would get torn down, but people would argue back and forth in print, in public,” Cynthia Harrington Ficenec (‘91) said.

“I remember an incident in 1984 or 1985. For some reason, someone drew graffiti on a wall in the first court lounge. Someone else responded with more graffiti, and another person drew more, and so on and so on till the walls of the lounge were covered,” Rodrigo Diaz (‘84) said. “I remember […] being impressed with how the humor in the graffiti deepened in complexity as the chain of reactions went on. It occurs to me now that in the days before Internet the graffiti functioned as a kind of social media thread.”

“Some witty stuff sometimes showed up, but it was mostly just garbage,” Dwight H. Mann (‘92) said of the graffiti in Hamilton “Ham” Center in the 1990s.

In recent years students have published zines, and 2014 saw a short-lived online student newspaper, the Inhibitor, pop up in response to the debate over drug use on campus. However, it’s apparent that things are not as they were. The discussions that used to appear scrawled on walls, in letters to the editor and in hastily arranged print blocks, are now happening elsewhere. Digital media has simply made it easier to get the word out.

“Catalyst in the 60s. IBM Executives, paste-up with hot wax. Uphill both ways, in the snow,” Jonathan Lundell (‘66) said.

Timeline of Student Publications (Not Exhaustive)