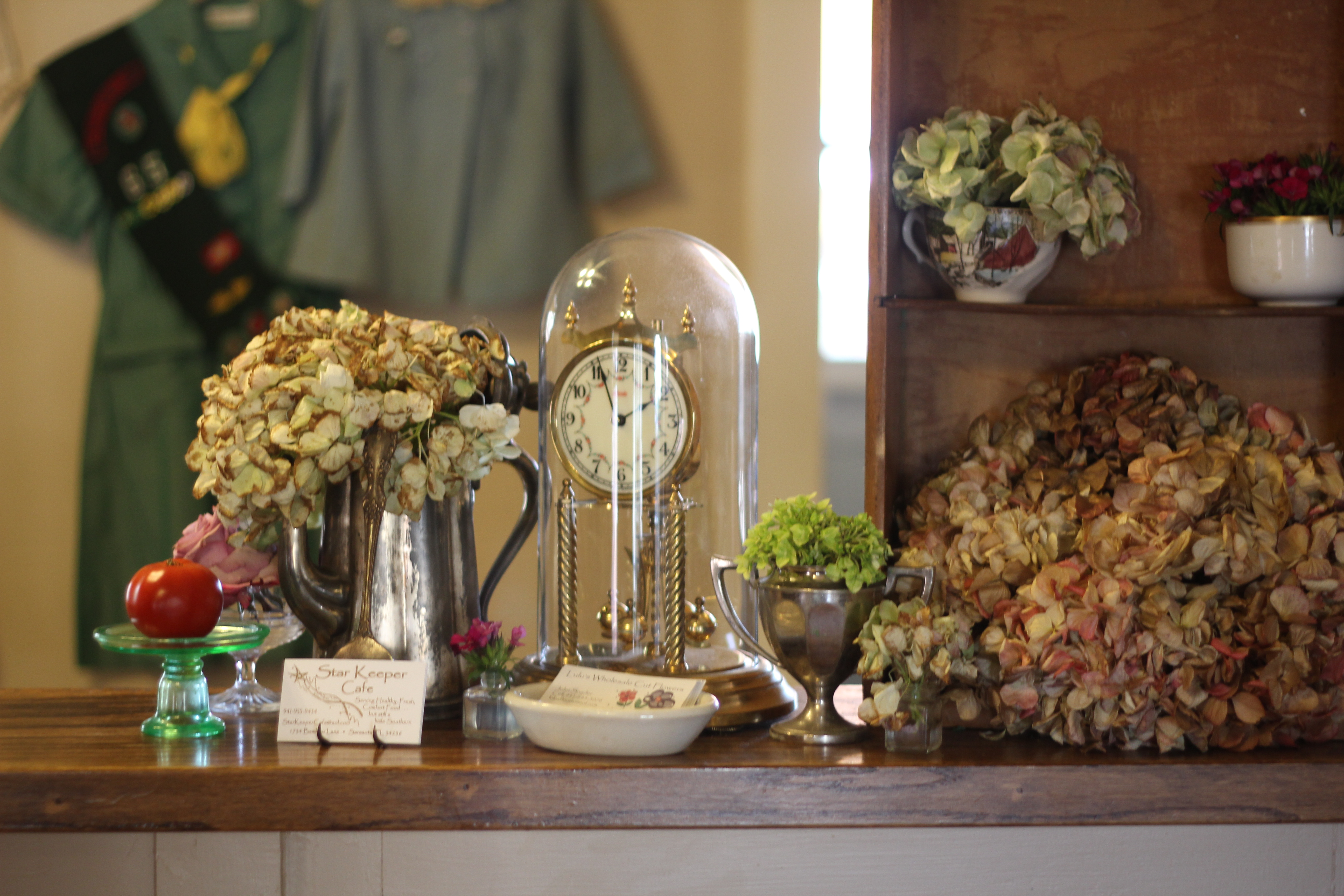 Nestled on Bamboo Lane, a hidden alley in the business district of downtown Sarasota, the Star Keeper Cafe at first looks like an awkwardly placed small cottage. The cafe’s decor matches the antique exterior, but trendy, friendly waiters and bustling conversations from diners reveal that this is not just any musty, antique dive.

Serving brunchy delights Tuesday through Saturday 9:30 a.m. to 2:30 p.m., the Star Keeper Cafe prides itself on being a “hidden gem” in Sarasota. However, its off-the-grid location does not keep hungry customers away.

“[The house] has got an energy to it that I think is more than just food,” owner, head cook and self-proclaimed bottle washer Cindy Snyder said. “So many people come here and there are so many connections and it’s just beyond us. I’m just honored.”

Though the success of the cafe is fueled by more than just food, made-to-order doughnuts and comfort food with a twist keep customers coming back. Snyder’s current favorite item on the menu is grilled cheese, but it changes daily. Other favorites include the basil tomato Parmesan ice cream and the huge chicken cheese BLT sandwich.

At the weekly Downtown Farmer’s Market, Snyder’s husband John runs the couple’s wholesale flower company booth and tells everyone about the cafe. Word-of-mouth keeps the place busy with customers.

“The longest we’ve had anyone stay is five hours,” Snyder laughed. She prefers offering a relaxed environment to turning tables in a rush.

“I’m not out to feed the masses,” Snyder added. “I’m very realistic with my goals. We don’t want to die during the summer and we want to have more parties.”

The cafe hosts rehearsal dinners, birthday parties and other events. At the weekly Open Mic Night on Monday evenings, the cafe sees all sorts of unique visitors.

“We’ve had poetry, all kinds of different instruments,” Snyder said. “There’s a guy that plays mandolin, a guy that plays an acoustical box – I don’t know what it’s called. A kid who has a big horn that he carries around town.”

Named for the Snyders’ wedding song, the Star Keeper Cafe serves up classic, homestyle food in a creative, quirky atmosphere. The house, estimated to be around 140 years old, was originally built in Palmetto and transported by water to its current home on Bamboo Lane, which was originally planned to be the main street of Sarasota in its early days as a town.

Potentially a Sears Catalog Home, the house belonged to another family for more than 50 years before becoming a small Italian restaurant and then finally the Star Keeper Cafe, three years ago.

“You know how many people say they want a restaurant? I had never worked in a restaurant, I had never, obviously, owned one. So I bought one!” Snyder said. “When we saw the building we said ‘Okay, this is it.’”

Armed with a creative eye and some help from Pinterest, Snyder decorated the cafe with a homey, eclectic style. Antique family photographs line the walls, and heirlooms, like Snyder’s mother’s silver set, adorn the cozy cafe. The dishes and flatware used in the cafe are all heirlooms from Snyder’s mother.

“Up north, you used to set a proper table and all the silver was always clean. [My mother] would probably be upset with me now,” Snyder laughed about her tarnished silver and nontraditional place settings.

Snyder plans to add a cutout trailer with a shabby-chic table and chandelier to the cafe’s garden seating area.

“My style has always been eclectic,” Snyder said. “I’m not a matchy-matchy person.”

Perhaps diners are attracted to the casual, friendly service, the secret-cabin-in-a-forest atmosphere or the creative, comfort-food menu. Most likely, the tempting feature is fresh, made-to-order doughnuts. Entering the Star Keeper Cafe feels like stepping into the past. Here, friendly, family-like service meets a beautiful environment and great comfort food.