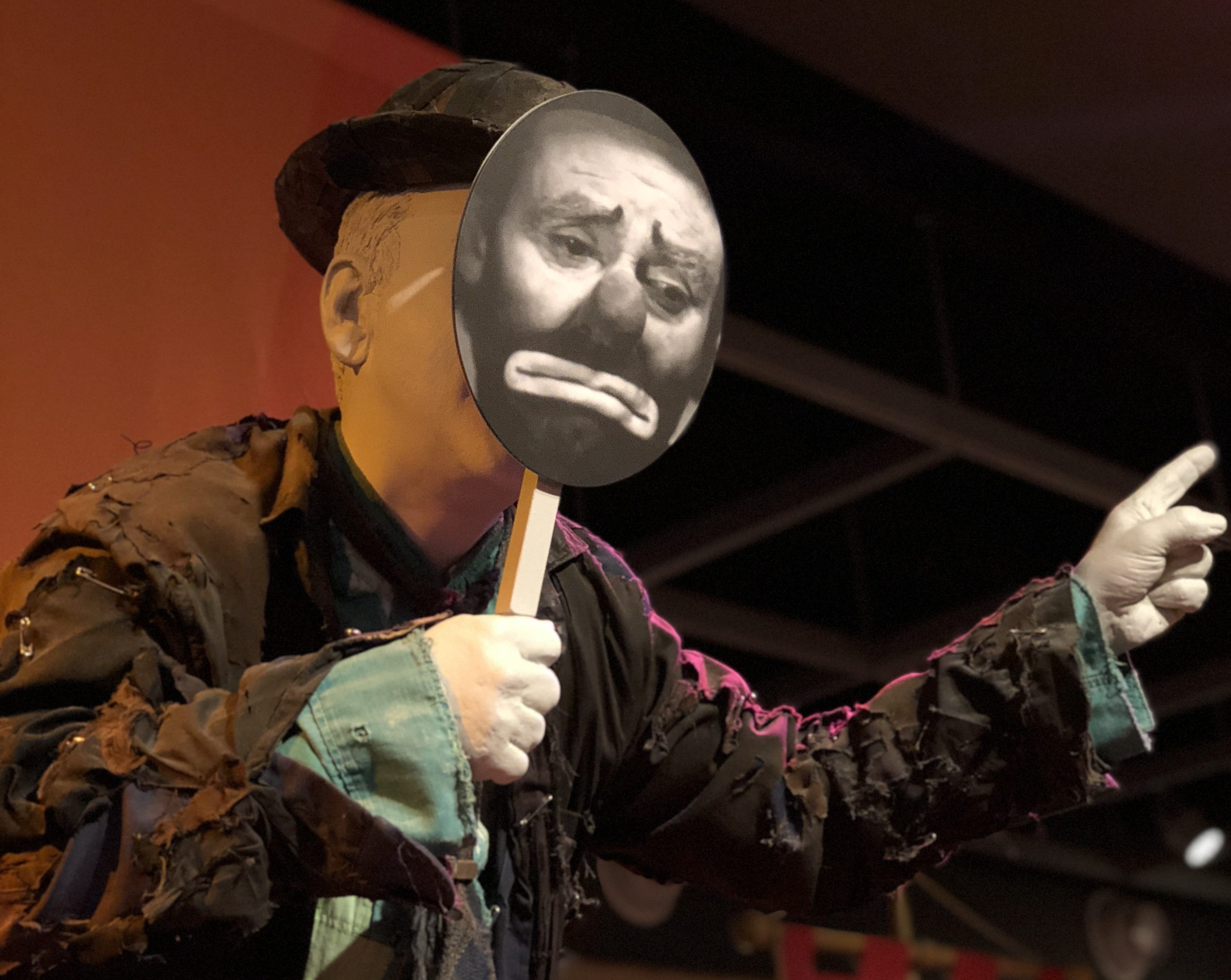 Clowns have existed in a plethora of forms across continents and centuries. The American clown image, however, relies upon a British circus tradition originating in 1768. 2018 marks the 250th anniversary of this tradition, shaping what we know as the modern circus.

In America, a significant portion of clown history was once situated here in Sarasota. The winter headquarters for the Ringling Circus remained here for 60 years, beginning in 1927. Clown College was also located in Venice, FL, from 1968 to 1996. It hosted two final cohorts of clowns in Sarasota before closing in 1997.

The most famous clowns are the character clowns. Emmett Kelly’s “Weary Willy” character, based on Depression-era homeless migrant workers (also known as hobos), Bozo the Clown (who has been played by many characters) and even Stephen King’s literary Pennywise/“It” fit the bill for this type. 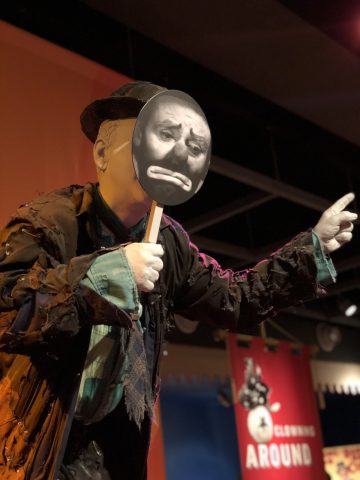 (All photos by Magdalene Taylor/Tangent)

The museum has a section devoted to the history of clowns, including Emmett Kelly’s famous ‘Weary Willy’ character, evocative of homeless migrant workers during the Great Depression.

All three of these clown types have at times played upon classist and racist stereotypes; the word “clown” is thought to originate from the Latin word for “farmer,” colonus. Other translations relate the term to rustic fools and rural peasantry. It referred to low skill workers, clumsy and ignorant. Many early clown performance utilized blackface, or otherwise exaggerated features to indicate a racist caricature of blackness.

With the exception of hobo clowns like Emmett Kelly, who toured with Ringling Bros Circus from 1942 to 1956 and died in Sarasota in 1979, the clowns that Sarasota chooses to highlight in its history are a bit more distant from these problematic performances.

The Ringling Bros. Clown College taught primarily auguste-style clowning, utilizing slapstick and more overt physical comedy. These are the clowns we continue to see most today at children’s birthday parties, and are also the clowns most associated with the “scary clown sighting” phenomena of years prior.

Beyond the most classic of clowns like Emmett Kelly and those of the Ringling circus, Sarasota has a number of famous “clowns” who don’t immediately fit the popular stereotypes. 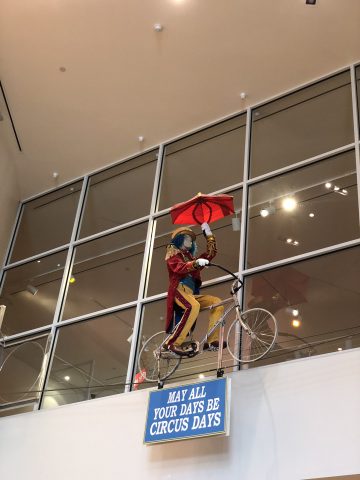 Bello Nock maintains a clean image and is best known for his combination of lighter clowning and daredevil acts. Another famous daredevil and graduate of Ringling’s Clown College is Stephen Glover, better known as Steve-O from the TV and film series Jackass. Steve-O graduated from the final Clown College class, and joined the Ringling Circus as a clown afterward. After a few years of clowning and recording stunts, Steve-O was recruited for Jackass where he became famous for snorting wasabi, putting fish hooks through his face and being shot 80 feet in the air inside a Porta-Potty. Magician and outspoken atheist Penn Jilette is also a graduate of Ringling Clown College.

Information for this article was gathered via The Ringling Circus Museum, The Washington Post, Slate, Sarasota Magazine, Rolling Stone, The English clown tradition from Middle Ages to Shakespeare by Robert Hornback and clownbluey.co.uk.