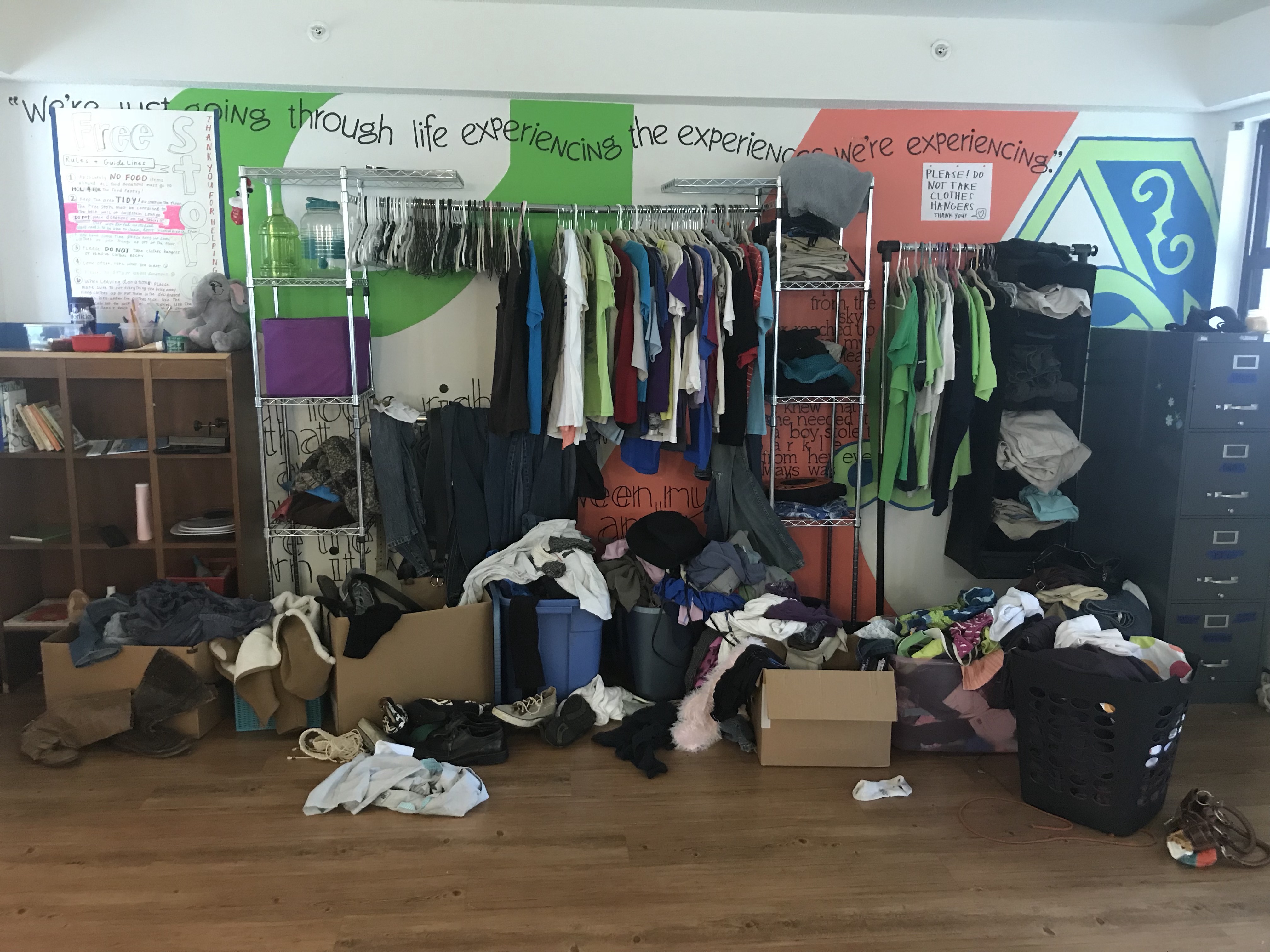 All photos by Adriana Diaz.

After spending less than a year in Goldstein Lounge, the Free Store will move again before the start of the next academic year. Residential Hall Director (RHD) Adriana Diaz (‘12) said that a collective decision was made to relocate the space, since it has been an uphill battle to keep the mess under control and has been impossible for custodial staff to clean the area.

“The Free Store at its current location in Goldstein really has not been working all year,” Diaz remarked. “It’s really impossible to maintain the space and to make it usable. It’s just not okay for a space to stay that messy at all times.”

The Free Store will likely relocate to the New College Student Alliance (NCSA) closet located in Hamilton “Ham” Center, adjacent to the band room and the equipment room by the mailboxes. Diaz said that the Free Store cannot be in a residential hall and should have a closing door that will be open contingent on the condition of the space. Another Free Store Teaching Assistant (TA) could be hired and paid with the Green Fee. Third-year Lucille Sanz is the current Free Store TA and works two hours a week.

Diaz was excited for the Free Store before she was a student and it was something that drew her to New College.

“When I found out there was a free store on campus when I was on my tour, I just was obsessed with that idea the whole summer while I was waiting to come here,” she recalled. “I’m the last person who wants to see this thing disappear. I’m hoping that the change can make it be better and a space that’s more cared for on campus.”