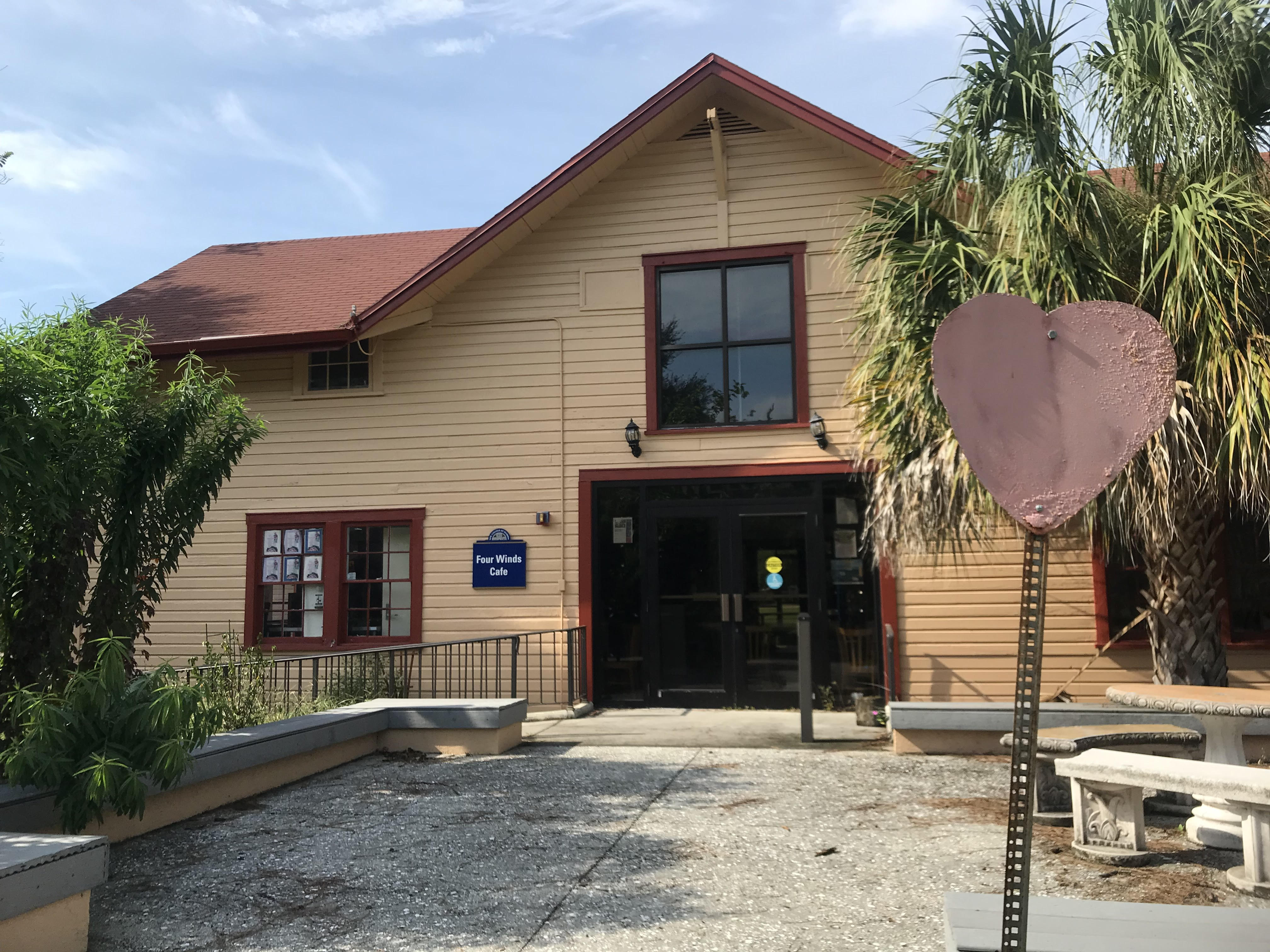 At the beginning of Spring 2019, the New College Student Alliance (NCSA) was unable to pay off Four Winds’ yearly debt due to budget cuts from lower enrollment. For the first time since its opening in 1996, the café shut down until a solution could be found. Sometimes things are easier said than done.

A Four Winds Committee formed, consisting of former Four Winds employees, NCSA members and other students wishing to lift the café back up to it’s normative glory. At the Feb. 26 Board of Trustees meeting, three trustees offered to donate initial capital in exchange for a functional business plan.

The Four Winds Committee came up with a painstakingly researched business plan and submitted it to the school. However, as alumna Eleni Spanolios, (‘15), previous Chief of Staff to the NCSA and organizer of the Committee put it, “None of us had ever written [a business plan] before, but most of the administrators hadn’t either.”

New College students are notorious for protesting and letting their voices be heard. On occasion this can lead to tension between the administration and students.

“There were plenty of meetings we had in Spring 2019 where we talked to a multitude of administrators who were trying to help, but I don’t think I or other committee members really knew how to accept that help,” said Spanolios.

After the business plan was submitted, President Donal O’Shea, Vice President for Finance and Administration John Martin and Senior Associate Dean for Student Affairs Mark Stier held a meeting in June. Among other issues, they determined that the business plan lacked financial logistics and was not complete enough to present to the trustees who offered their donation. Stier hired an outside consultant, Tom Britten of Britten Management Services, to review the document.

In an email to the committee on June 17, Stier outlined the necessary changes needed to be made and mandated an official current student to be a point of contact for the project.

Some recent alumnae such as Spanolios, Eva Ernst and Tristen Johns worked diligently over the summer, but they weren’t being paid and continually felt the need to tend to their own new horizons. Many were frustrated, as expected plans for Four Winds were not matching the current reality.

“What everyone I have talked to agrees on is that the Four Winds is an important institution at New College and it needs to be preserved,” Spanolios said.

“I know for a fact that Donal O’Shea and all the other administrators at our school think this because they have told us.”

The committee sent out an email to the student body in regards to creating a new Four Winds student committee for Fall 2019, and multiple people responded. There was a draft of a Four Winds tutorial, however any potential members of the new committee have not responded to the Catalyst at this time.

Stier approached Bill Moore, manager of Metz Culinary Management, to help the students run Four Winds for the Fall semester, anticipating turning operations over to the students for the Spring. The contract with Metz will cease in December.

“If we don’t have a student committee who are interested in the development of the Four Winds for the Spring, we will have to go back to the NCSA and evaluate what the next step will be for the Fall of 2020,” Stier said in an email interview.

What Metz will bring to the hipster, thrifted tables of Four Winds is employee training, a smaller menu, shorter hours, wholesale food service and assistance to the student committee with making a business plan that will help to fortify Four Winds when it transitions back to the students’ hands.

Moore studied Business Management in college and has managed an array of restaurants and businesses in high foot-traffic areas. He was also a district manager, overseeing more than 35 restaurants at once.

“We really do not want to take over Four Winds,” Moore said.

“We would prefer the students keep it and run a successful business. What’s most important to me, before my boss, and before the campus, is the students. I need to make them as happy as possible. I treat them like family, because I am here more than I am at my own home.”

The café will be open Monday through Friday from 10 a.m. to 2 p.m., with a menu consisting mostly of grab and go items and various coffee drinks. It is cash or credit only; Metz meal points will not be accepted. Metz is currently hiring five students to be on staff. The manager will be hired from an outside location.

Moore stresses the importance of having a manager who will continuously run Four Winds year after year. The past format was that the Four Winds alumni manager changed each year.  The change of command has been a factor in the failing profitability of the café itself.

“It takes time to learn the business. One year is not enough for a manager,” Moore said. Hiring a full-time manager was also suggested by the Board of Trustees.

Moore is hoping to link up with local German bakery, Mama G’s, to supply baked goods for Four Winds. He wants to work with the students to maintain the café as a social space—students, faculty and staff included. Collaborating with the Office of Student Activities and Campus Engagement (SA[u]CE), they are putting out a call within the next week for student artwork to hang up in the Four Winds space. They are also hoping to have more creative events like open mic nights or jazz performances.

Administration and students look forward to seeing Four Winds flourishing once again, only this time, with a little help from Metz.