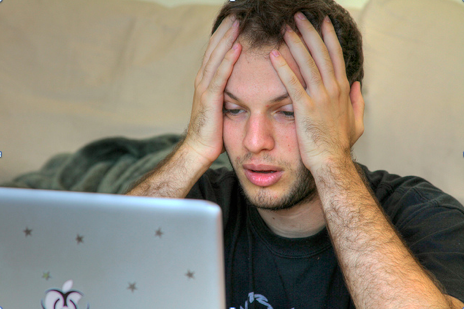 On Aug. 12 the Forum, an online meeting-place for New College students, shut down when the posts filled up servers and left faculty e-mails in digital limbo for up to 12 hours. The breakdown raised questions about the proper use of the forum.

Any student using on the Forum to express his concern, or simply to joke around, would be sending an e-mail to hundreds of people and with each response that digital information would be sent back through the servers and delivered again. Soon, the Microsoft Exchange system could no longer effectively handle the burden.

“We used to be on Microsoft Exchange but we migrated to Google Apps because it is free and just better in every way. The faculty had to stay on Microsoft Exchange because of contract issues.” he said. ”In order to make the shift work Information Technology (IT) had to keep all of the e-mails and stuff on our servers with the Microsoft Exchange stuff. It’s really screwing stuff up because it’s a really complicated system and we just do not have the computing power to handle like 300,000 e-mails.” He continued.

“What is breaking now is basically the way the e-mails get to everyones inboxes. They go through a bunch of filters to make sure they are not spam or whatever; these filters are just not capable of handling the massive traffic from the Forum.”

“By the end of the year hopefully all of the faculty will be on Gmail as well, This problem would never have happened if this were the case,” he continued. “Basically it is all going to be handled by Google and all of the e-mails will get to the right place.”

The Forum has changed many times in the past. When it was first created the system was hosted on a simple computer system IT created, then moved to non e-mail based web forum and back again. Today the Forum has three subsidiary parts, “Forum,” an unmoderated medium for students, “Students,” moderated by Decal and designated for more official messages, and “Market,” designated for trading. Decal explained that Market is almost never used. “People use the Forum to trade more than ‘the Market.’”

Decal found that by changing the way that the e-mails get relayed through the Microsoft and Gmail system he could get it up and running again. While he found a solution to fix the Forum, Decal explained that he believes the underlying problem with the Forum still remains; junk e-mail which is still piles up on the forum is rendering it useless.

“The Forum has always been unmoderated and that means that everyone on the forum moderates themselves.” He said. “Unfortunately there has

“All of this, this is all garbage. This is a problem when the vast majority are uninteresting to everyone… this ends up with people reading less of the forum. There is just too much stuff on it and you cannot find good things on it what ends up happening is that people stop reading it.”

While many students love the forum others don’t like the way many students have used it in the past. Some use the forum as a place to bemoan their problems to the New College community, others see it as an easy laugh. Because the Forum is unmoderated is up to the students to make the forum the kind of cultural centerpiece it has the potential to be. Many students lack the time or patience to sort through the high volume of forum emails to find the few that might interest them.

“One of my first days here, it was during orientation week I went to go for a meeting with one of my professors. I got back to my room after about two hours and my inbox, which I had cleared out before the meeting, had something in the range of 85 e-mails and they where all from the Forum… I think it was a thing about sugar, and I just decided to remove myself from the forum right then. I haven’t been back since.” Fourth year Logan Cobb said.

Decal urges everyone to think carefully before posting, and to take some time and effort to write each post. Every post on the Forum will end up in the inboxes of almost all New College students.