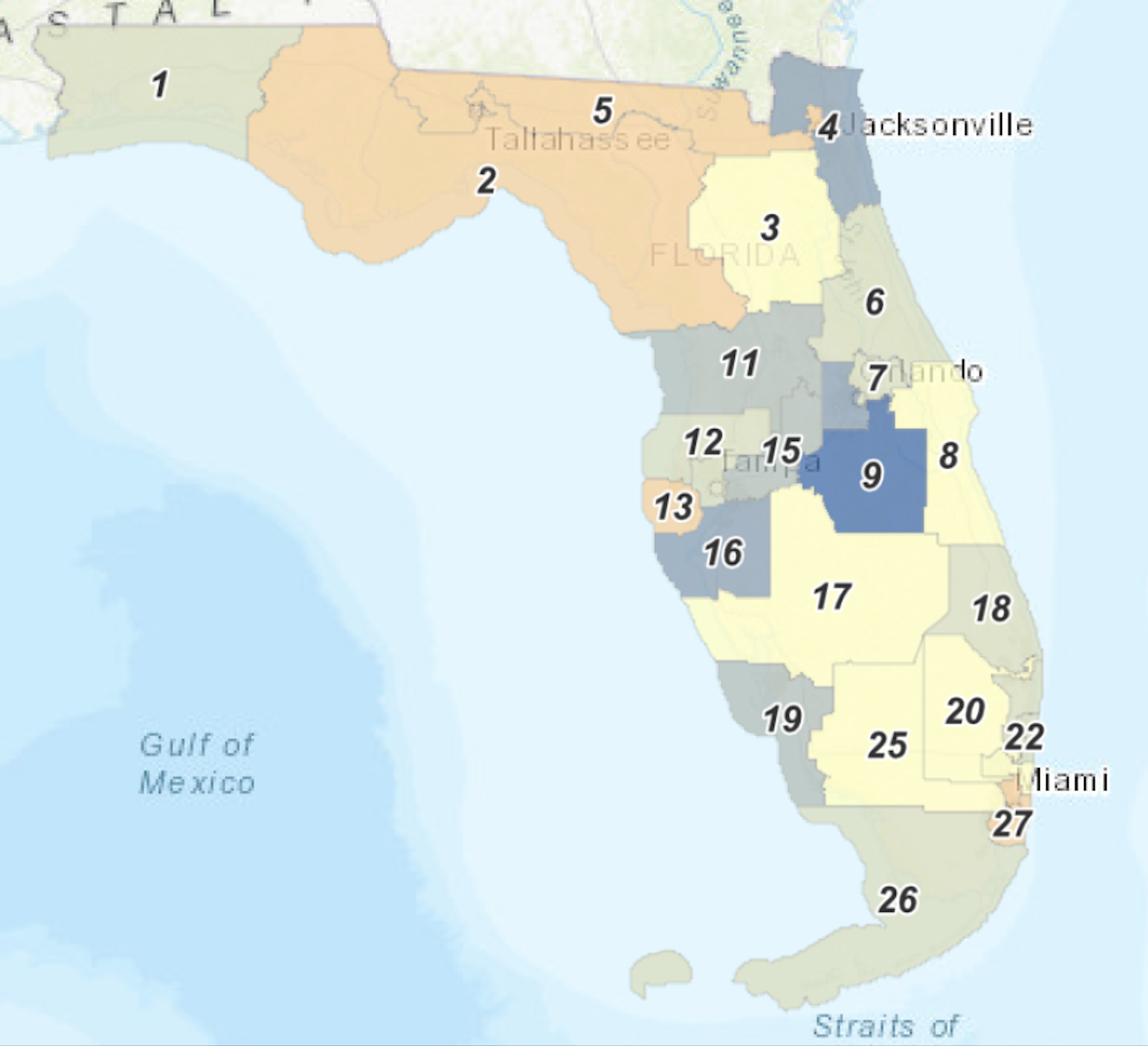 On Mar. 29, Florida Gov. Ron DeSantis vetoed recently proposed congressional map CS/SB 102—which would have redistricted the state’s congressional districts in accordance with the 2020 United States Decennial Census—and that had already been approved by the state’s legislature. In a veto transmittal letter, DeSantis cited legal reasons that led to this decision. Specifically, DeSantis believed that the proposed map violated the Equal Protection Clause of the Fourteenth Amendment to the U.S Constitution.

“We have a responsibility to produce maps for our citizens that do not contain unconstitutional racial gerrymanders,” DeSantis said. “Today, I vetoed a map that violates the U.S. Constitution, but that does not absolve the Legislature from doing its job. I appreciate the Legislature’s willingness to work with me to pass a legally compliant map this Special Session.”

“I mean, we are not going to have a 200-mile gerrymander that divvies up people based on the color of their skin,” DeSantis stated firmly. “That is wrong. That is not the way we’ve governed in the state of Florida.”

Following the vetoing of CS/SB 102, on Apr. 11, the Florida Legislature deferred the responsibility of drafting a new map to the state’s governor, which is quite out of the ordinary. On Apr. 13 DeSantis proposed his own version of the new congressional map. DeSantis’ new map has been widely viewed as extremely partisan, favoring Republican majority voting districts across the state. The proposal has received backlash from political analysts and groups, such as the American Civil Liberties Union (ACLU) of Florida.

“This is a dangerous and unprecedented move,” a statement from the group read on Twitter. “The Florida Legislature’s decision to cede this decennial process of redrawing lines for congressional districts to Gov. DeSantis is undemocratic. People should pick their politicians, not the other way around.”

Florida lawmakers are scheduled to vote on DeSantis’ proposed map on the afternoon of Apr. 19 and is viewed as likely to pass.