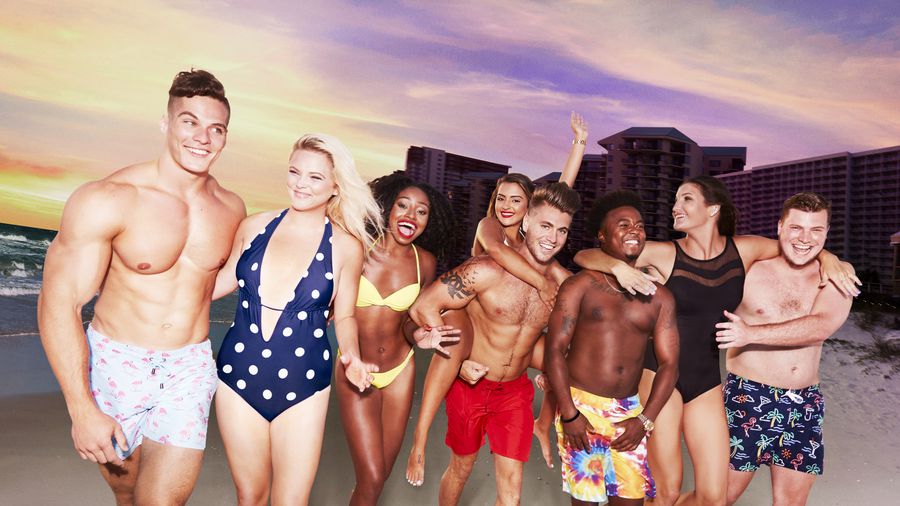 On Thursday, Nov. 14th, the adventures of the roommates on MTV’s “Floribama Shore” will be broadcast to both fans from the West Coast of Florida, who understand the oddities of partying in paradise, and the unfamiliar viewers watching the show for a taste of Sunshine State chaos. Having moved farther South this summer, new episodes will air every Thursday night at 8:00 p.m. While viewers process whatever fun, messy nights took place on the St. Petersburg coast, cast member Kirk Medas will be recollecting his blurry memories watching events unfold.

The show features a colorful cast of characters who room together each summer and embark on nights of booze and bar lights. In addition to newcomer Mattie Lynn Breaux, the castmates Jeremiah Buoni, Codi Butts, Kortni Gilson, Aimee Hall, Kirk Medas, Nilsa Prowant, Candace Rice and Gus Smyrnios arrived in St. Pete to live it up another summer after they were banned from the major Panama City bars.

In the new season, viewers can look forward to new drama and ridiculousness as the friendships continue to evolve.

“As the roommates come together for their third summer, relationships come to a crossroads and even the most solid friendships are put to the test,” MTV teases on their website for the oncoming season. “Gus is off the market, but his past with Nilsa threatens his resolve to stay faithful to his new girlfriend. Candace faces her feelings about Codi, and Aimee and Kortni have to navigate long-distance relationships.” With difficult challenges ahead, the series will feature many mistakes and triumphs spent in the breezy days of the shared mansion and nights club-hopping.

“But the rockiest relationship this season is a busted bromance and the repercussions shake the entire house.” MTV’s ominous warning of what’s to come makes me incredibly nervous, as viewers invested in the show’s various beefcake-boy friendships can understand.

The show appeals to people through it’s relatability. The adventures, fights and flirts that happen after placing eight representatives of the party-hungry Floribama coast in one house to get wasted and search for new thrills resemble the party era many young people experience in their own lives. Twenty seven year old Kirk Medas is a friendly, down to earth force on the show, grounding the group at many points in the show. From Atlanta, Medas loves sports, fashion, parties and his friends; he understands how his close-knit group resonates with others.

In a colorful dorm affectionately nicknamed Plastic Beach, a small watch party of students sat on a Super Pei: Two single mattresses pushed together, covered in blankets and tapestries for ultimate comfort. Gathering to binge “Floribama Shore” together on a Tuesday night, we watched as Kourtni became wildly hyper on the beach during the first episode. After getting plastered, passing out and peeing on Candice’s bed during the group’s first night on the town, her first real party of the show featured a glorious moment where she assumes the reverse tabletop position above a trash can to take another iconic bathroom break. Those attending were entranced, instantly understanding Kourtni’s fun loving, excitable persona.

“Oh my god, I wanna pee in a trash can with Kourtni!” First-year Kyla “K Nasty” Baal said.

A prerequisite as a cast member is immersing into the location’s nightlife and living it up at the most live spots on the town. On the show, they set out to a variety of areas in St. Pete to film, but the concrete places and times are not exactly vivid for Medas.

“Crappy Squirrel’s pretty fun. Shoot, there’s so many different names I can’t remember right now. Crabby Bill’s was cool. There was a club I forgot the name of, Twisted Monkey? They’re weird names but all the places are cool,” Medas said.

The cast was, for the most part, contained to St. Pete. Asked whether or not they had gotten to branch out to neighboring party city “Trampa,” Medas responded, “No, we didn’t. You know I thought we did, but we actually stayed in downtown St Pete. I heard a lot about Ybor street and I’m kind of upset we didn’t go.”

When I explained why the parties of the club lined Ybor street has potential for great nights out, he reconsidered his season three experience.

“Maybe, I’m not sure,”  Medas admitted. “I’m not going to lie, a lot of it was a bit of a blur to me ‘cause we had so much fun. I know we were in downtown St Pete. We could have been to Tampa but we’re just gonna have to watch and see honestly.”

I replied, “That’s how you know you had fun!” and we laughed at the common experience of forgetting the nights to remember. Thankfully for Medas, reality TV captures the moments for others to enjoy from home.

Medas’ motivation in joining the show was rooted in free spirit.

“I mean, honestly, it seemed like a cool opportunity at the time and nothing was holding me back,” Medas said. “I was like, why not?”

After three seasons of spending time together, racking up tabs and living their best Floribama Shore life, the fondest memories for Medas are surprisingly more relaxed.

“Any time we hang out with family members and parents, cause they tell us embarrassing stories about our castmates,”  Medas said. “It’s a good time, a good vibe.”

Catch the season three premiere Thursday night at 8 p.m. on MTV to witness the cast’s debauchery take St. Pete by storm in the land of hurricanes and Hurricanes™.