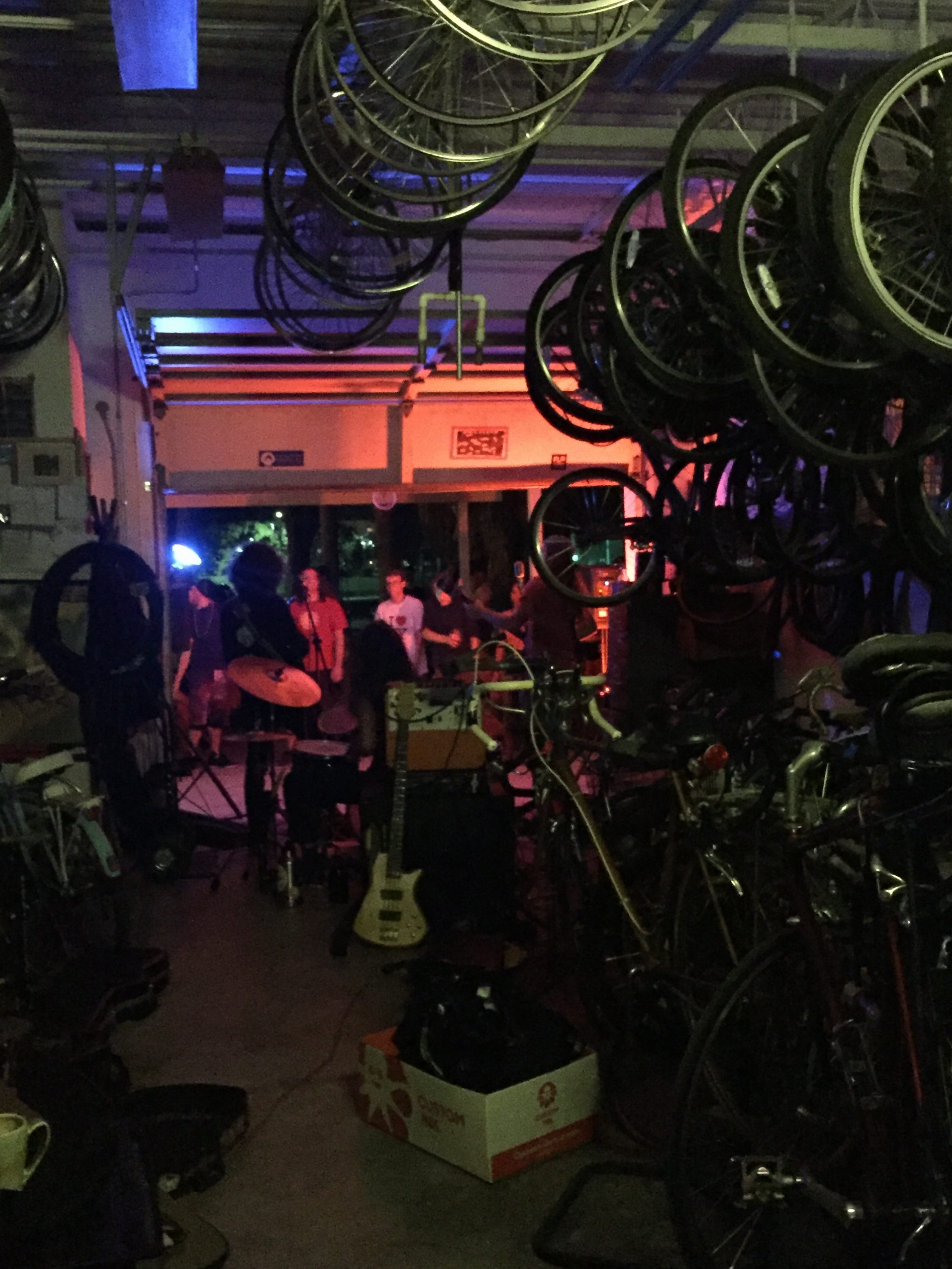 Throughout the many performances of the night—by Myles Optimystic, Nathan Burnaman, Chyol/Mould, Mia Bury and the Myconauts, The Universal Veil and Autokania—onlookers were more than welcome to dance, “headbang” or simply rock out with friends.

On a nearby fold-out table one could find chips, hummus and pico de gallo, which were provided at zero cost to guests and performers.

While standing near the road and basketball court, behind most of the people in attendance, someone spoke about this scenario they had thought of a few times, in which there were TV advertisements for “rock music” as a general idea.

The event marked the first Bike Shoppe show to take place this semester, and provided listeners with nearly four hours of music.