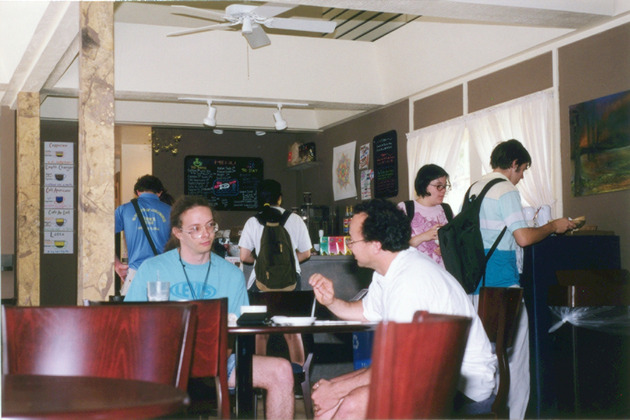 The Four Winds Café closed for the spring term of 2019 and as the semester is coming to an end, plans to reopen the café are beginning to unfold. Students and faculty have been working to ensure the return of Four Winds. Professor of Mathematics David Mullins wrote an email to a selection of administrators and students proposing a plan to reopen the Four Winds and emphasizing the importance of a social space like the Four Winds on campus. On Mar. 25, 2019, the letter was sent to President Donal O’Shea, Provost Barbara Feldman, Associate Provost Suzanne Sherman, Faculty Chair Keith Fitzgerald and Catalyst General Editor Audrey Warne.

“I wrote that as an open letter to the community,” Mullins wrote in an email interview. “Especially the part about the need for social spaces.”

“When it was functioning, it did much more than serve food,” Mullins wrote in the email. “It also served as a place where students and others can congregate, study, interact and listen to music. There is certainly a death of such spaces on campus.”

In the email, Mullins suggested a business plan with an estimated cost of $3,000 to reopen the Four Winds, cutting the total expenses in the operating year of 2018 by approximately $5,000. Mullins encouraged the Four Winds to either request an increase of funds from within New College or to seek donations outside of the New College Foundation for tax purposes. Moreover, strategies made by Mullins to cut costs included targeting small structural problems. “Once coffee or tea runs out for the week, there would be no free drinks until the following week,” Mullins wrote.

The Four Winds Committee started working on a plan to ensure the return of Four Winds as a student-run social space in early February 2019. The committee meetings cover the logistics and strategies the business will have to adopt in the upcoming semester.

The Committee is finalizing a business model which will then undergo the ensuing process of approval. The approval process starts with asking Senior Associate of Student Affairs Mark Stier, Dean of Student Affairs Robin Williamson, Feldman, Vice President of Finance John Martin, the NCSA, Metz Culinary Management and the Foundation to approve the business model. After completing the first round of approval, the Foundation will present the business plan to the Board of Trustees (BOT). Their approval would allow the Foundation to open an account for the Four Winds.

The business model created by the Four Winds Committee outlines the hours of operations, the number of employees and the food costs. A prospected menu will be released soon. The Four Winds’ offerings will be limited to smoothies, coffee, other beverages, bagels with choices of spreads and baked goods.

“In my opinion, healthy social spaces are the biggest need on this campus,” Mullins wrote in the email. “I cannot think of any current space that serves this purpose. I think it is important to bring this social space back online.”