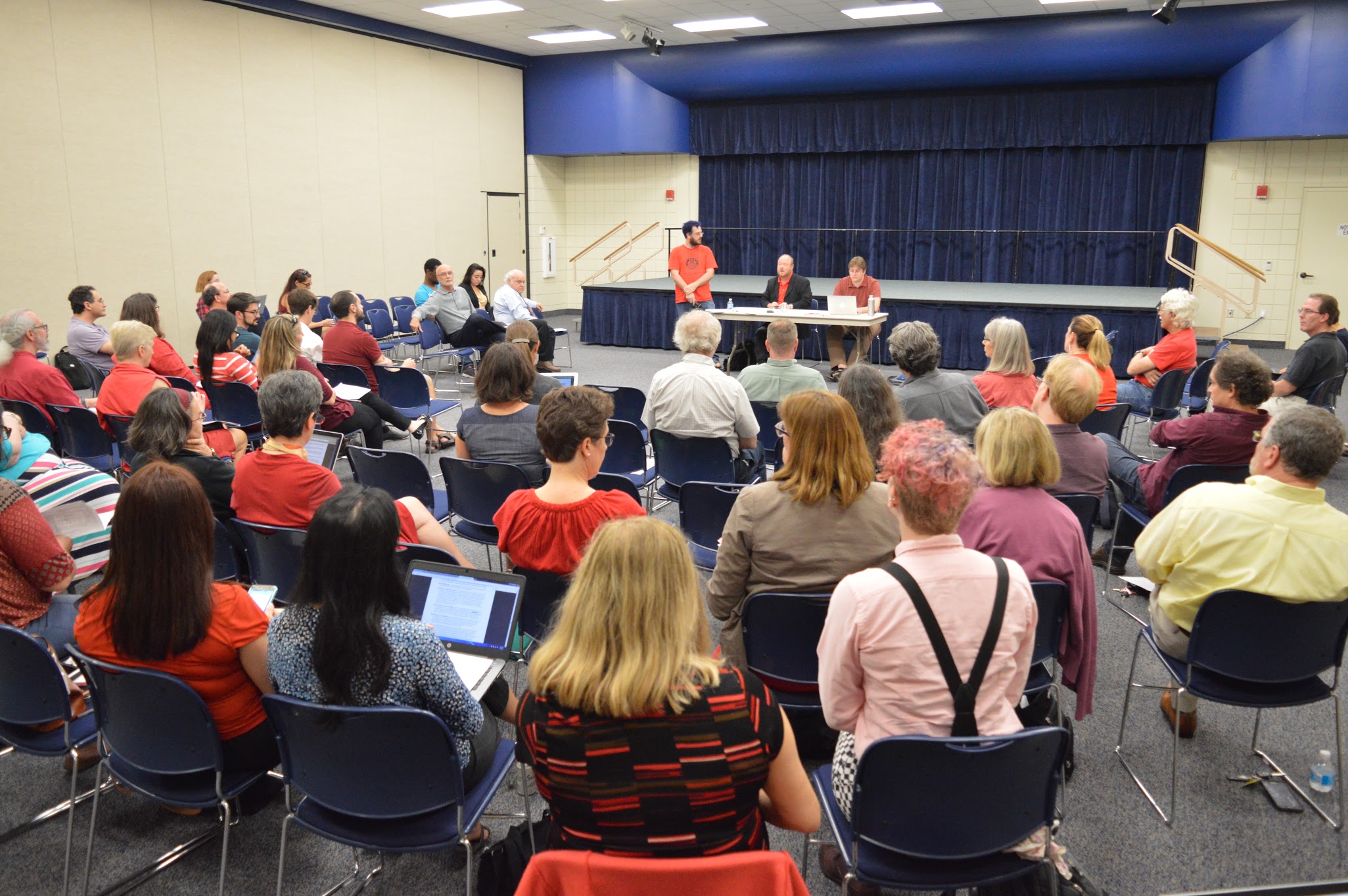 In response to escalations in national anti-immigrant rhetoric, New College faculty unanimously passed a resolution in support of immigrants and diversity at the March 8 faculty meeting.

The resolution recommitted faculty to support members of the New College community “regardless of country of origin, religion or immigration status” and recognized diversity as “indispensable” to higher education. It went on to urge the school to “maintain the absolute confidentiality of…anything that might imply or define immigration status absent a subpoena or other lawful order” and to continue providing “salaries, resources, scholarship and fellowship assistance to non-U.S. citizens…regardless of changes to immigration policy.”

This resolution was introduced in response to the failure of a similar proposal at the previous faculty meeting. On Feb. 8, Professor Steven Shipman, associate professor of physical chemistry and program advisor for gender studies, introduced a letter issued by Pomona College in support of the Deferred Action for Childhood Arrivals (DACA) program that asked political leaders to continue and expand the program. The letter has been signed by more than 600 college and university presidents, including 10 Florida schools.

While President O’Shea hesitated to sign the Pomona College letter because he feared it could have resulted in political retaliation and put students more at risk, he supported the idea of standing in solidarity with affected students. The complication was just figuring out how.

Many members of the New College community expressed concern that publicly urging the school to protect students could lead political leaders to pressure the school to do the opposite.

“If we pass a resolution demanding a certain policy […] and as a result these policies are open to scrutiny by some higher power that seeks a ruling on it […] that’s the tactical problem that I see,” Professor of Sociology and Environmental Studies David Brain said at the March 8 faculty meeting.

“I think it would be very harmful for the institution to take a stand like this,” O’Shea said. “I don’t think they’ll pay as much attention to a faculty resolution. But I am worried about doing something that would provoke a ruling that would make them think they need to change policy. I’m cautious about that because that wouldn’t protect our students.”

Despite these concerns, New College faculty voted unanimously in favor of the new resolution, a decision that was met with a rumble of applause.

“A statement of solidarity from all the faculty – from the people we see every single day, the people who are our mentors, who inspire us – means a lot to the student body, to alums and to incoming students more than anything,” second-year Ximena Pedroza, who was involved in the drafting of the proposal, said. “We just need support.”